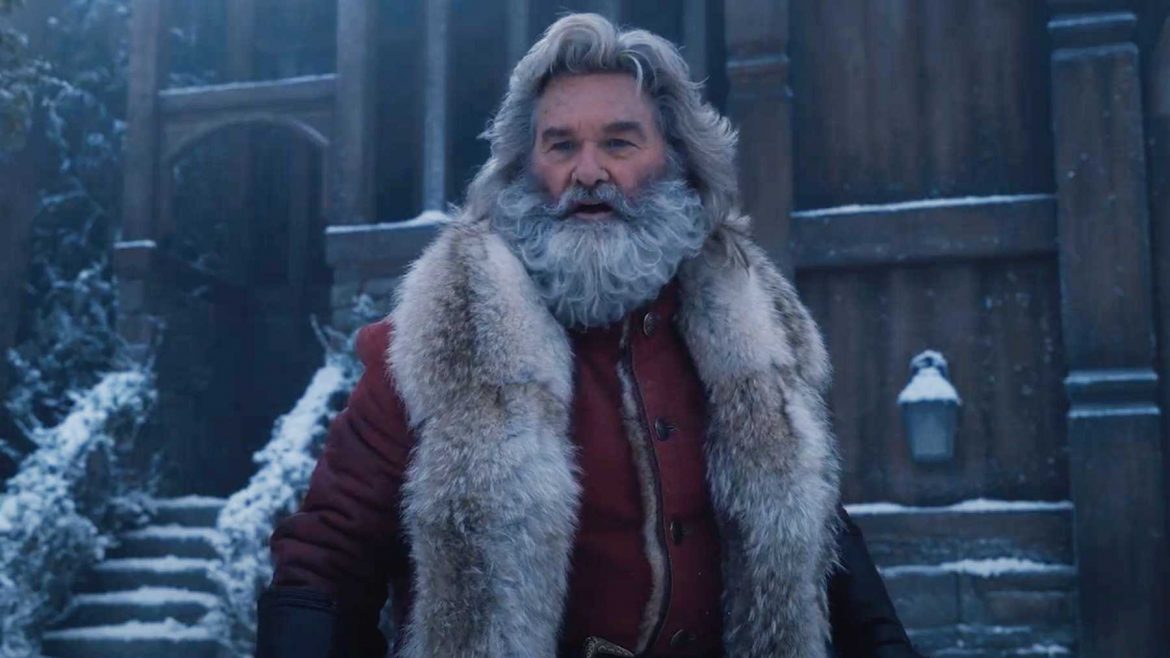 With roughly a week left in October, Netflix is giving us a preview of what’s to come in November. The streaming service overall had a solid Halloween season with some exciting originals, and they aren’t wasting any time in kicking off the holidays. Like it or hate it, but Christmas is once again coming early with The Christmas Chronicles 2 and Jingle Jangle: A Christmas Journey, both packed with huge stars and looking to bring in large viewership. Not to worry though, those who don’t want to delve into holiday heavy content just yet have other original and classic additions to choose from.

Stanley Kubrick’s impeccable A Clockwork Orange is coming at the very beginning of the month. This gets said a lot, but the film is definitely one to check off the list. Ocean’s Eleven makes its return to Netflix, so you can now watch the entirety of one of the best heist trilogies in cinema. If you’re looking for some comedies, Emma Stone’s Easy A and Jim Carrey’s Yes Man are both great picks. Cloudy With a Chance of Meatballs 2 is also being added, in case you needed a fantastic family film to watch. Ryan Coogler’s directorial debut, Fruitvale Station, starring Michael B. Jordan is a heartbreaking story and there’s never been a better time to see it than now.

Check out more of our recommendations below along with the full list of everything coming to and leaving Netflix in November. See what’s also in store for HBO Max, Hulu, and Disney+!

After he receives an urgent phone call, a Yale Law student must travel back to his hometown and reflect on three generations of family history, as well as his own future. This Ron Howard film stars Haley Bennet, Amy Adams, Glenn Close, Gabriel Basso, Freida Pinto, and more. Of course, this comes in time for awards season. Could this finally get Amy Adams some gold in her hands? We’ll just have to wait and see. Watch Hillbilly Elegy November 24.

The hit series returns with its fourth season and follows the arrival of Lady Diana to the British Royal House. See the highs and lows of her tragic love story with Prince Charles. The new season stars Olivia Colman, Tobias Menzies, Josh O’ Connor, Erin Doherty, Helen Bonham Carter, and Gillian Anderson. If you need to catch up, do it in time before season 4 drops on November 15.

The sequel to the hit Netflix Original, Kurt Russel returns as Santa Claus. When Kate (Darby Camp) and Jake (Jahzir Bruno), her mother’s new boyfriend’s son, are teleported to the North Pole, they must save Christmas from Santa’s evil cousin Belsnickel (Julian Dennison) with the help of Santa and newcomer Mrs. Claus (Goldie Hawn). Catch the Netflix sequel November 25.

After being betrayed by his apprentice, a toymaker who used to be filled with joy is given a spark of hope when his curious granddaughter is brought into his life. The film stars Keegan-Michael Key, Forest Whitaker, Hugh Bonneville, Anika Noni Rose, Phylicia Rashad, and many more. There’s so much potential riding on this film, hopefully we have another running series on our hands. Heading to Netflix November 13.

The Indian in the Cupboard

The Next Karate Kid

Christmas With A Prince

Midnight at the Magnolia

The Minions of Midas

Cloudy with a Chance of Meatballs 2

The Boss Baby: Back in Business: Season 4

We Are the Champions

If Anything Happens I Love You

Dolly Parton’s Christmas on the Square

A Love So Beautiful

Spookley and the Christmas Kittens

Netflix has a lot of good movies leaving in November, you may want to catch these before it’s too late. If you’re still feeling spooky, then you will definitely want to watch The Addams Family again. If you want something a little darker, we suggest the highly underrated Green Room. Even if you have already seen it, what’s one more rewatch anyway? David Fincher’s masterpiece Zodiac is also leaving. It’s definitely a horror/drama you’ll want to witness before it’s gone. Brad Pitt’s got some films parting ways with the streaming service. Moneyball, a fantastic tale of a man dedicated to winning and evolving the sport of baseball. And even though Ocean’s Eleven arrives on November 1, the whole trilogy leaves at the end of the month. We already recommended those three, but they are just so damn good.

Don’t Be Afraid of the Dark

Hoodwinked Too! Hood vs. Evil

The Sea of Trees

The Nutcracker and the Four Realms

The Adventures of Sharkboy and Lavagirl

Diana: In Her Own Words

The Tribes of Palos Verdes

You Don’t Mess with the Zohan

Check out what’s also coming to the following streaming services throughout October: