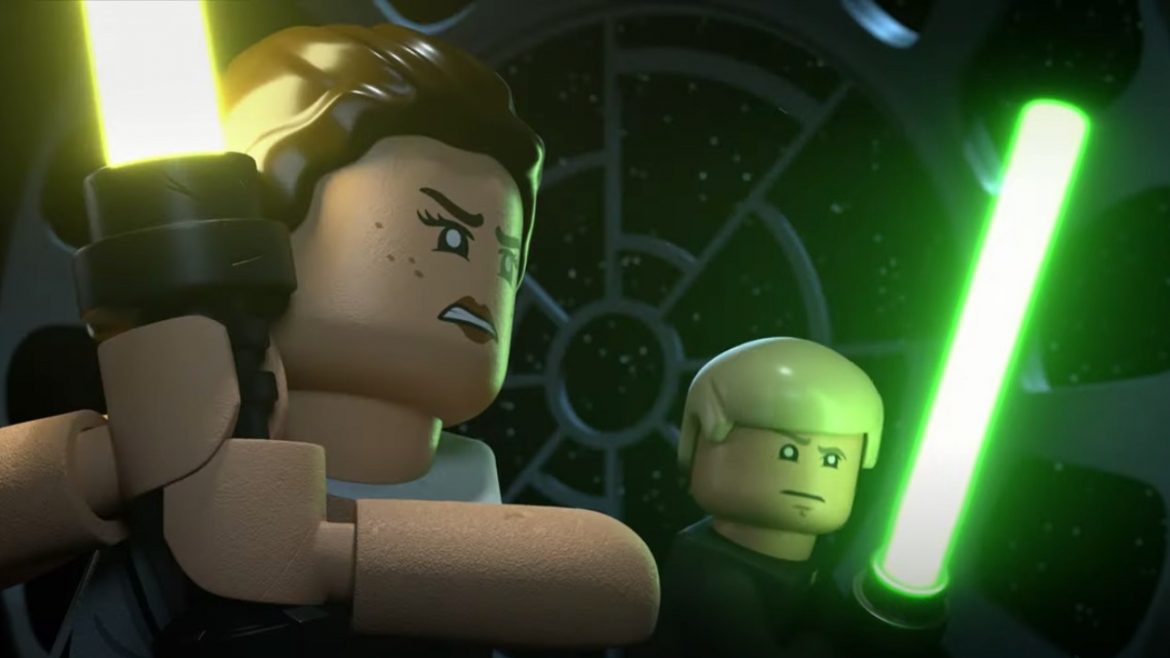 When the original Star Wars Holiday Special aired back in 1978, it set off a tidal wave of backlash from critics, audiences, and fans alike. A two hour(!!) variety show that teeters between extremely boring and completely bewildering – one segment features Chewbacca’s father watching what is no doubt virtual reality porn, another has Harvey Korman in drag mercilessly subjecting the audience to a four-armed Julia Child impersonation (Stir, whip! Stir ,whip!). Confusing, bizarre, and childhood-ruining, the special was universally hated before inevitably becoming a cult favorite among Star Wars fans, joining the ol’ reliable ‘So Bad It’s Good’ club and spawning endless inside jokes and meme fodder within the fanbase.

Despised by those involved and never being released to the public again in any form, the broadcast is a certifiable cultural legend. The Lego Star Wars Holiday Special, coming exclusively to Disney+ 42 years later, isn’t quite that. In fact, this animated adventure’s relation to the original is by name only. There are no references or in-jokes to anything from the cult classic, so if that’s what some hardcore fans were hoping for, they’ll leave a good bit disappointed. Instead, the special is a light and humorous, if not a bit bland, trip through a multitude of Star Wars moments, aimed at a younger demographic to encourage families to view it together. It’s not without merit, and there’s enough here for fans of all ages to find something to enjoy.

Following the events of The Rise of Skywalker, Rey is struggling to teach Finn the ways of the Force. Unsure of her abilities as a teacher, she sets off to find answers as her friends are left behind to prepare a party in celebration of Life Day – a vague holiday about friendship and togetherness that evokes basically any and all holidays that come around this time of year, and is the only similarity to the original special. Rey, along with BB-8, eventually stumbles upon an artifact that opens portals to different key events of the Star Wars franchise. Rey, who grew up believing in the myths and legends of the Jedi, properly geeks out over getting to witness (and accidentally participate in) moments like the attack on the Death Star or Yoda teaching Luke in the swamps of Dagobah. But the timelines are thrown out of whack once Darth Vader follows Rey back through one of the portals, and it’s up to her to repair the damage she’s done.

The setup allows for some genuinely fun and funny scenarios that really embrace the sense of play and imagination that comes with mashing together different Lego playsets. For those wanting to see a Return of the Jedi-era Luke fight Kylo Ren or two Han Solos shoot Greedo first, this might just be for you. There are plenty of laugh-out-loud moments among the sea of silliness that the special provides, like everyone wanting Kylo Ren to put a shirt on or three Obi-Wans simultaneously saying “Hello there”, but again, things are kept at a safe and family-friendy level. It doesn’t have much teeth, in other words, but there’s little doubt that kids will love it.

It’s not exactly a must-see, but for a franchise like Star Wars where the toxic and gatekeeping side of the fanbase have made themselves annoyingly unavoidable and continue working towards sapping any love for the series out of diehards – breathe – it’s nice to see something that puts all that negativity aside by just being innocent and silly. Who knows, it may even help remind those disillusioned fans, like myself, why they liked Star Wars in the first place. If you survived the recent years of online discussion surrounding the sequel saga, The Lego Star Wars Holiday Special – paired with therapy – will help heal those wounds.