‘The Stand’ Review – Moments of Greatness Caught in a Jumbled Structure 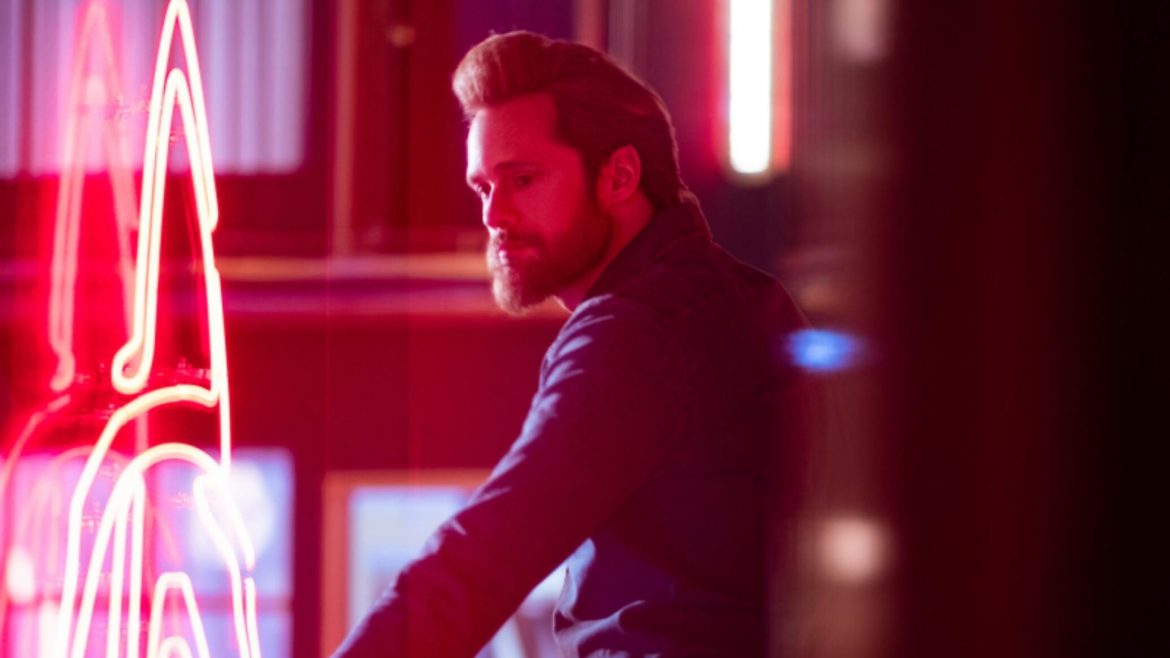 The Stand has remained a favorite among Stephen King fans for good reason. Widely considered to be the writer’s The Lord of the Rings, the book – coming in at a lofty 1,152 pages (the three The Lord of the Rings books combine to make up 1,137) – is certainly his most cinematic. It’s even separated into three distinct acts. Following the intertwined stories of a vast array of characters, The Stand is about the survivors of an apocalyptic pandemic that wipes out nearly all of humanity. This superflu, referred to as “Captain Trips”, rapidly spreads across the globe and kills its victims swiftly and gruesomely. Those that are immune and survive the societal collapse begin to receive cryptic dreams and visions: One is of an elderly black woman named Mother Abigail who beckons others to join her in Boulder, Colorado, and the other is of a conniving and alluring man named Randall Flagg who invites the sinners and the insatiable to Las Vegas. The two factions inevitably end up facing off in a clash between Good and Evil that will decide the fate of what remains of humanity.

It’s a dark fantasy epic set on a massive scale, a story that demands the kind of big budget adaptation that usually ends up in development hell. That’s certainly been the case here; the last attempt at The Stand came in the form of a Marvel comic series that ended in 2012. Before that, ABC aired a four-part miniseries back in 1994. There have been numerous efforts towards a film adaptation but none have come to fruition. This most recent adaptation, which just released its first episode on CBS All Access, is comprised of 9 hour-long episodes. That’s certainly a generous amount of time that’s been afforded to it – much needed if you’re going to fit in as much as you can from the source material – and while it has its limitations, the miniseries’ budget is mostly successful at selling the scale of the story’s apocalypse and the more fantastical elements.

While this version of The Stand was in production long before the COVID-19 pandemic began in the real world, it holds a particular kind of relevance due to the ongoing crisis. The book’s first act covers the spread of the virus and the countless lives lost to it seen through the eyes of the main characters. Many may not be in the mood to watch something that tragic when it all too closely resembles what people have gone through this past year, rightfully so. But if done right, there might be a chance to make a real empathetic connection to audiences.

There’s some of that here in this miniseries developed by Josh Boone and Benjamin Cavell. Some of the series’ imagery – such as overcrowded hospitals, persistent coughs, and masks – is startlingly familiar. Larry Underwood’s introduction, where he loses his mother to the virus before they have a chance to reconcile, strikes an effective emotional blow thanks to understated performances by Jovan Adepo and Lisa Renee Pitts. Equally as pertinent is a shot of Frannie Goldsmith (Odessa Young) blankly staring at her television as the news gets bleaker and bleaker (we call that doomscrolling nowadays).

But there’s a glaring structural issue with this adaptation, and it’s apparent in the first episode. The story is told out of order, beginning with the survivors already safely in their settlement at Boulder before jumping back in time to show some characters’ lives before and during the pandemic. The Stand is not shy about killing major characters, so showing who made it to Boulder right away (and who doesn’t) erases a lot of the tension that would otherwise be present in scenes of their journeys there. In fact, much of the roadtrip portion of the story, which is arguably the time the characters go through the most changes, is skimmed over for many key players.

We don’t get a glimpse into the pre-pandemic lives of everyone we need to, and even the ones we do see usually don’t receive the time they need. Powerful imagery from the book, such as Frannie burying her father, is present but lacks the impact it should have. We only get a single scene between the two beforehand, and it only consists of a couple of lines. When Larry suffers the loss of one of his early companions, it’s a turning point for the character. We’re given the time needed to see the bond between those two up until the companion’s death, but Larry’s reaction to it is bypassed – we don’t pick up with him in the narrative again until he’s apparently gotten over it.

The non-linear approach is the series’ biggest problem. It spoils the fates of characters and mucks up their development, jumping into relationships or falling outs or psychotic breaks before we’ve had the chance to understand why they’re happening or matter. It kills the story’s momentum, and by wanting to just get ahead to the middle, it loses what makes the book so instantly gripping. Also missing are the book’s more provocative and affecting moments, such as the massacre of student protestors on a college campus by police. Even with roughly 9 hours to tell this story, it still feels a bit rushed. Perhaps that’s unavoidable when adapting such a massive novel, but the way this series jumps around in time and lets awkward exposition make up for the rest makes it much more noticeable, and threatens to confuse those not already familiar with the source material. It’s a strange choice that doesn’t work.

But The Stand tries to balance itself out with its excellent cast, who give exceptionally strong performances throughout. James Marsden is practically perfect in the role of confident and level-headed Stu Redman, and his scenes with Dr. Ellis (Hamish Linklater) in the first episode are true glimpses into the series’ potential. It’s at its best when the actors are paired off and allowed to just do their thing, making scenes such as an awkward dinner or two characters simply spilling their guts to each other the most tense and resonant moments amongst scenes of literal spilled guts and other horrors.

Odessa Young, despite her character not being afforded a proper setup, injects Frannie with so much wit and attitude that she overcomes it. Frannie’s only initial companion is her neighbor Harold Lauder (Owen Teague, who also appeared in both chapters of the recent It adaptation), an outcast even by outcast standards who has an unhealthy obsession with her. Teague delivers a phenomenal performance that evokes the energy of a young, demented Jim Carrey, and his scenes with Young make the Harold/Frannie relationship one of the most successful, even when the narrative structure threatens to undermine it. Even outright villains such as Flagg (Alexander Skarsgård) and his Las Vegas crew that includes Lloyd Henreid (Nat Wolff) and Julie Lawry (Katherine McNamara) are exempt from being evil caricatures thanks to the outstanding work from the actors.

There are two things that need to addressed in relation to the cast: Nick Andros, played here by Henry Zaga, and Tom Cullen, played by Brad William Henke. Nick is a deaf mute, and Tom is developmentally disabled. While I have little doubt that both actors have put in the necessary work to make their portrayals as respectful as they could be, the communities that these two characters represent have made it clear that actors who actually match those descriptions should play them. An excuse given for Nick by CBS is that the character speaks in a dream sequence, but this scene is brief and seems easy enough to change. It’s not as if there aren’t other changes that happen when adapting a book to the screen.

There is a lot to enjoy and find compelling in The Stand, which makes its flaws all the more frustrating. Both Boulder and Las Vegas feel like real, lived-in locations thanks to the production design (especially the violent, drug-fueled orgy that is Vegas), which helps drive the existential question the series is asking: When everything is gone, does humanity lean towards its more optimistic, productive, and compassionate side like the efforts to restart civilization in Boulder? Or does it give in to its more nihilistic, self-destructive, and selfish side like the degenerates of Vegas? As allegiances switch, that line between Good and Evil becomes less distinct, and this series recognizes that both sides exist within all of us, and that it is our individual choices that make us who we are. There are moments that sometimes elevate the source material itself, and with the final episode being written by King himself as a means of atoning for what some consider to be an unsatisfying conclusion, the series still holds a good amount of promise.

With only the first six episodes made available for critics, it’s tough to determine whether The Stand will be able to pull its stronger aspects together to make something worth sticking with to the end. There’s potential for this story to resonate very strongly with audiences at this moment in history, but the decision to present it out of chronological order puts everything it has to offer at risk. Still, as far as King adaptations go, you could do far worse than CBS All Access’ The Stand.

Stream The Stand only on CBS All-Access!