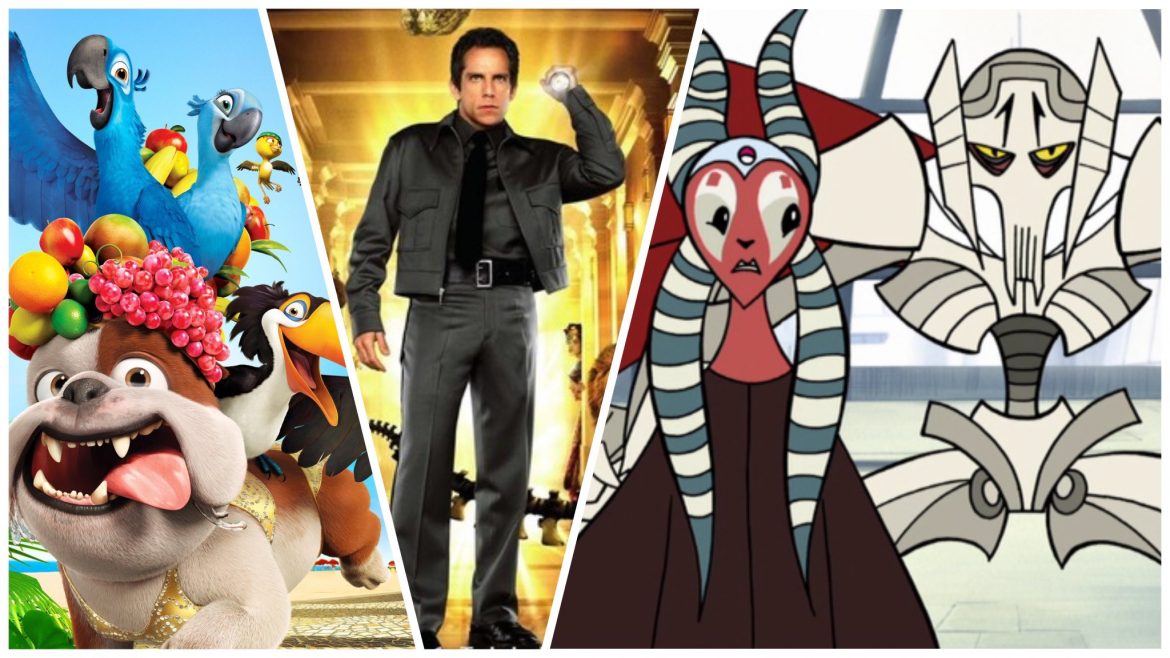 From the WandaVision finale to the premieres of The Falcon and the Winter Soldier and The Mighty Ducks: Game Changers, March has been one of the biggest months for Disney+ so far – and that’s not to mention the Premier Access release of Raya and The Last Dragon. As fans anticipate more Marvel Studios and Mighty Ducks content, Disney+ subscribers can continue to expect a steady supply of films and shows coming to the platform in April.

Many of the biggest releases to be anticipated in April will spring from Disney’s expansive vault – some making their first-ever streaming debuts. Additionally, the month boasts two series debuts from National Geographic, marking Disney+ as a major source of environmental entertainment in time for Earth Day 2021. We will also mourn the closure of Blue Sky Studios with 2011’s Rio hitting the platform in the middle of the month. From Fox’s Night at the Museum films to long-unappreciated Star Wars projects (including some Ewok love), this month will have a little bit of something for everyone.

Check out everything coming to Disney+ in April below along with more of our recs. See what’s also in store for Netflix or HBO Max!

From renowned animation director Gennedy Tartakovsky, Star Wars: Clone Wars was the 2D animated predecessor to the more well-known CGI series that debuted its final season on Disney+ just last year. The show debuted in 2003, making it the first Star Wars television program in almost 20 years. Airing on Cartoon Network, the series had 25 episodes over its 3 total seasons (later repackaged into Volumes 1 & 2 for home release, with the first two seasons being bundled together).

Though no longer entirely canon to the current Star Wars galaxy, this series boasts impressive animation and action sequences on par with Tartakovsky’s latest works, from Samurai Jack to Primal. Perhaps most well known for being the first appearance of General Grievous, the series has gradually accumulated a sort of cult following – there is no doubt that Star Wars fans will be overjoyed to have this gem at their fingertips.

Both volumes of Tartakovsky’s Star Wars: Clone Wars will be available for Disney+ subscribers on April 2!

The Falcon and the Winter Soldier

Marvel Studios’ second venture into episodic television, The Falcon and the Winter Soldier follows Sam Wilson (Anthony Mackie) and Bucky Barnes (Sebastian Stan) as they navigate and find their place in a world without Steve Rogers as Captain America. As teased in various trailers, the series will also feature the return of Captain America: Civil War players Baron Zemo (Daniel Brühl) and Sharon Carer (Emily VanCamp). It will follow the same weekly release structure as WandaVision and other Disney+ shows. Going off the promo, this seems like a dynamic return to a more familiar side of the MCU.

The Falcon and the Winter Soldier, which will debut on March 19, will release new episodes weekly through April, free for Disney+ subscribers!

Secrets of the Whales

Featuring the vocal talents of Sigourney Weaver, National Geographic’s Secrets of the Whales is a documentary series from executive producer James Cameron. Working alongside underwater photographer Brian Skerry, the series takes audiences across the globe, 24 different locations to be exact, in order to develop a deeper understanding of these complex marine creatures. The show is being pushed as a deeply “personal” story as it explores the lifestyles, social structures, and communication skills at the heart of whale culture with the help of new science & technologies.

Secret of the Whales will release on April 22 – just in time for Disney+ viewers to celebrate Earth Day 2021!

Check out what’s also coming to the following streaming services throughout April 2021:

Disneydisney+ListsMCUNight at the MuseumStar Wars: The Clone Warsthe falcon and the winter soldier