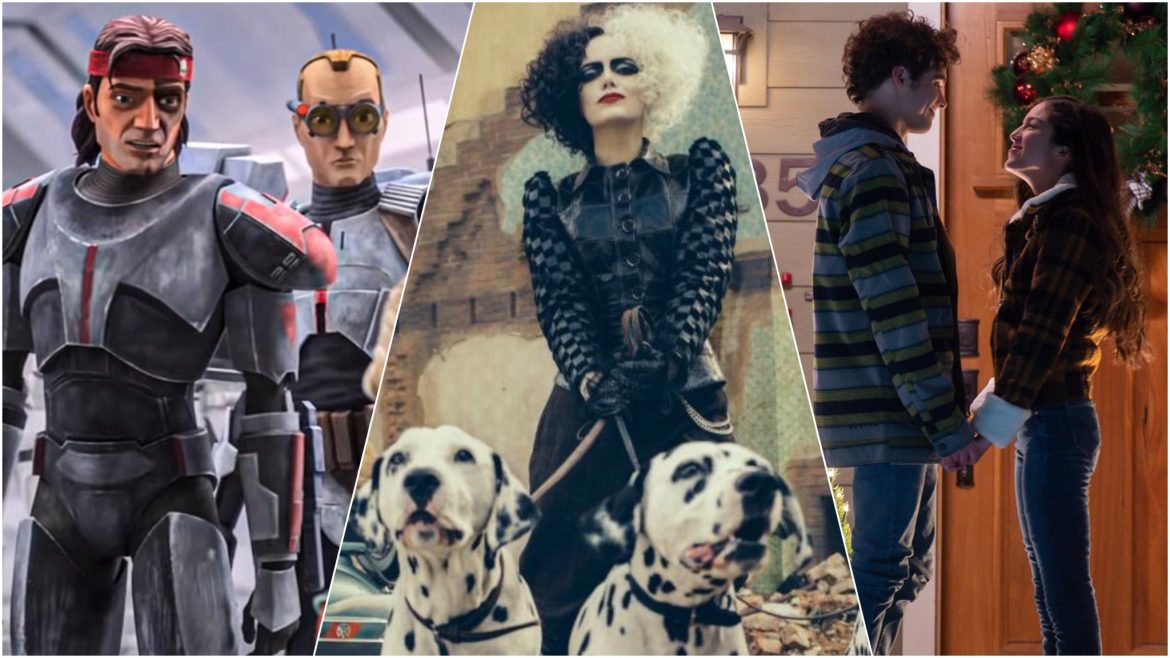 Even as April sees the fan favorite series The Falcon and the Winter Soldier come to a close, new original content will be in no short supply on Disney+ this May. The month will feature up to six premieres per week, from new animated adventures in a galaxy far, far away, to the East High School Wildcats’ performance of Beauty and the Beast. April was already an impressive month for the platform, and May is continuing the streak by having a little something for everyone.

The long-awaited Cruella will also become the latest of Disney+’s Premier Access films when it hits the streamer on the 28, featuring Emma Stone’s take on the infamously cruel fashionista. Available for subscribers to rent for $30, it will be coming to theaters simultaneously on the same date – the same release strategy as March’s Raya and the Last Dragon. As more and more theaters begin to safely re-open, it should be interesting to see how the success of Cruella pans out.

Check out more of our recs below along with everything coming to Disney+. See what’s to stream on Netflix and HBO Max this May as well!

With Lucasfilm’s The Bad Batch kicking off the month in typical Star Wars Day celebratory fashion, subscribers are in for weeks of animated adventures in a galaxy far, far away. This release also compliment April’s addition of nostalgic Star Wars classics, like Genndy Tartakovsky’s Clone Wars micro-series.

Taking place in the aftermath of the Clone War, The Bad Batch will follow the five-man crew voiced by Dee Bradley Baker featured in the eponymous 4-episode arc of The Clone Wars‘ final 2020 season. The show will also bring in Ming-Na Wen as Fennec Shand, the blaster-savvy mercenary introduced in The Mandalorian; Stephen Stanton as Grand Moff Tarkin; and Andrew Kishino as Saw Gerrera.

With the good tidings of ‘May the Fourth Be With You’, the first episode of Star Wars: The Bad Batch will premiere to Disney+ subscribers on Star Wars Day (May 4)!

The newest in Disney’s line of controversial live-action remakes will feature Emma Stone in a 1970s punk rock reimagining of the murderous antagonist from the 1961 animated classic 101 Dalmations. Directed by Craig Gillespie (I, Tonya), the film will act as an origin story for the villain, following Estella’s descent from a grifter lifestyle into one of madness and wickedness – that of Cruella De Vil.

Released to both Disney+ Premier Access and theaters worldwide, Cruella is one of the last scheduled dual-release films (Marvel Studios’ Black Widow is currently the last, set to release on July 9). It will have been one of two live-action remakes released to Premier Access, alongside last year’s Mulan – a pandemic legacy that will hardly be forgotten.

The ostentatiously fashionable origins of Cruella will be revealed on March 28 on Disney+ Premier Access and in theaters.

This season of tongue-twister: the series will follow the students of East High on their quest to put on a show of Beauty and the Beast. Starring Olivia Rodrigo (fresh from “driver’s license” fame), Joshua Bassett, and the entire core cast of the first season, some new faces will also be joining the fray. Shazam star Asher Angel and Dear Evan Hansen Broadway performer Andrew Barth Feldman will make their Disney+ debuts. Leaning into the charming camp of the first season, fans are sure to enjoy what will be a musically packed spectacle.

New episodes of High School Musical: The Musical: The Series Season Two will release weekly to Disney+, starting on May 21!

Check out what’s also coming to the following streaming services throughout May 2021: