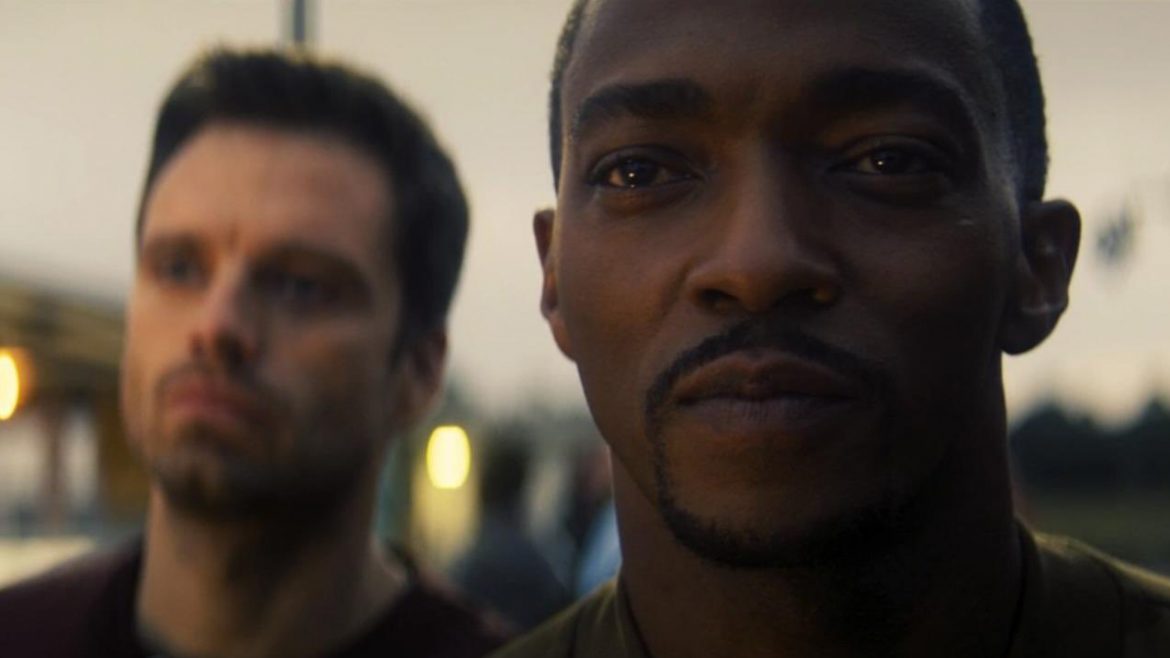 Spoilers for The Falcon and the Winter Soldier finale follow!

The sixth and final episode of The Falcon and the Winter Soldier has arrived. Through all the action and chaos, this chapter of Sam and Bucky’s journey is brought to a close… for now. This season’s conclusion is satisfying in multiple ways, be it the elaborate thrills or emotional character work, but it still is not free of issues. After several weeks of the show tackling various additional subplots, many wondered how it would be able to tie all of the loose ends within a single episode. But for the most part, the finale manages to pull off what the season intended to get across.

Ever since Steve Rogers handed off the shield at the end of Endgame, we have all waited for, with bated breath, the moment Sam would officially take on the mantle of Captain America. Anthony Mackie has continued to shine throughout, his struggle with the weight and expectations of the title has been the core of this show. Finally getting to see Sam in his new red, white, and blue gear that perfectly incorporates his old and new identities is a spectacular experience. The ways in which he carries himself and speaks with such profoundness reflect glimmers of Steve. Nevertheless, in taking admirable fragments of Steve and combining them with Sam’s own skills and humility, a unique version of the beloved hero emerges. His journey never feels rushed as he jumps his fair share of hurdles, making for a tremendously cathartic moment when he finally calls himself Captain America with no hesitation.

Much of the plot is propelled through issues within our world’s political and social climate. Sam and Isaiah Bradley’s experience reflects the overwhelming racial injustices that Black Americans experience on a daily basis. These themes are handled in-depth and with great care, never shying away from their importance. Despite some awkward blocking, Sam’s public monologue at the end is profound and details his initial reluctance of taking on the mantle. Flicking between characters watching the televised speech with pride starkly contrasts seeing them watch John Walker take on the role in the first episode. Isaiah is given the poignant tribute he deserves in the display commissioned by Sam within the Captain America exhibit at the Smithsonian, a reminder of the sacrifices he similarly made to those of Steve’s, yet endured torture instead of commemoration.

On the other side, the Flag Smashers are deep with universal themes like capitalistic greed and the mistreatment of refugees, however, these subjects are not handled in near enough depth. The motives of the Global Repatriation Council (GRC) are never made entirely clear. On several occasions, we hear talk of borders and refugee relocation, yet we are left in the dark on what their actual plans have in store and what effect that would have on our characters. The finale doesn’t make up for how frustrating that what could have been quite powerful topics were only explored half-heartedly. Whether this is due to the rumored pandemic subplot that did not see the light of day for obvious reasons, we may never know. The lack of exploration into the GRC, unfortunately, makes Karli’s demise all the more underwhelming.

Karli’s death feels considerably rushed. In fact, much of her arc feels this way to begin with. Erin Kellyman does as much as she possibly can, but the writing lets her and the rest of the movement down. In the finale, there is a moment where the remaining group of Flag Smashers are hesitant to reply “One People” to Karli’s “One World”. Potential is shown here to incorporate a compelling conflict internally as they reflect on the skewed motives of their alliance, though this opportunity is wasted and dismissed minutes later.

While the Flag Smashers never receive their shot at redemption, John Walker does. On one hand, this does deter from the cliche of falling too deep into a nefarious mindset and becoming doomed to eradication, which is Karli’s downfall, all be it a hasty one. But after Walker’s past actions, it is difficult to buy into this semi-redemption. It feels unnatural to root for a power-hungry criminal simply because he commits one good act (helping our heroes in the end). We spent time investigating his psyche and the true nature of abusing power, only to let him off scot-free within a single episode. Even so, Wyatt Russell runs with it and continues to give a commendable performance.

Over his ten years in the MCU, Bucky Barnes has had his fair share of screen time, but never quite like this. Sebastian Stan has delivered throughout the series as he navigates a new period of Bucky’s life. Free from the grasp of the Winter Soldier, Bucky is essentially relearning how to be human. Watching his character’s journey in terms of his self-development and friendship with Sam has been such a pleasure. Seeing callbacks to Wakanda, and a Civil War reference in the finale in the form of a good old ‘Bucky on a motorbike’ sequence, reminds us of just how connected he is to the wider MCU, and somehow it is only now that we see him fully fleshed out.

Bucky’s list of people to make amends with is the one aspect of his personal story that could have been stronger. There was an opportunity to dive into his resultant guilt from his days as the Winter Soldier further through his confession to Mr. Nakajima, which would have rounded off the beginning of his healing process so well. Regardless, Bucky’s closure in the final moments of this episode is what so many have been waiting to see all these years. Free from pain and abuse, he finally feels comfortable with his new life and finds a new family in the Wilsons, a subtle but beautiful moment for those who have patiently awaited it.

Many speculated that this series may be one of the few Marvel Disney+ shows to receive a continuation, and reports are now confirming that this will be in the form of a Captain America sequel with the same creative team seen here. So what could be in store for Captain America 4? While the finale gives us closure in many areas, it also opens up a number of doors for further exploration. We have already been introduced to Joaquin Torres, who does make minor appearances across episodes. This character has much more to offer, a new film could see Torres take up the wings of the Falcon as he does in the comics. In taking on the name of US Agent, John Walker is also starting a new chapter for himself. Between Russell’s performance and the complexity of the character, seeing more of Walker would be nothing to complain about.

The Powerbroker has the potential to become a big shot villain in the MCU, be it in Captain America 4 or perhaps even another film such as Shang-Chi and the Legend of The Ten Rings; it is very doubtful that we have seen the last of (Double) Agent Sharon Carter. Eli Bradley is another character that could return as his comic-book counterpart, Patriot, possibly in a Young Avengers event being set up by the introduction of other characters such as Kate Bishop and Cassie Lang. Even without these threads, Bucky and Sam have now cemented themselves as an iconic duo to those who didn’t already love them together in the preceding films. Who wouldn’t want to see more of their adventures together?

To much pleasure, The Falcon and the Winter Soldier finale is a visual spectacle that effortlessly completes Sam Wilson’s transition between the Falcon and Captain America. It features compelling action sequences and sets up a number of possibilities without leaving its initial intentions unresolved. It feels satisfying and despite there being opportunities to elevate the final episode, it ultimately serves as the wholesome and fulfilling conclusion that we deserved.

Our review of Episode 5 – Reclaiming the Shield