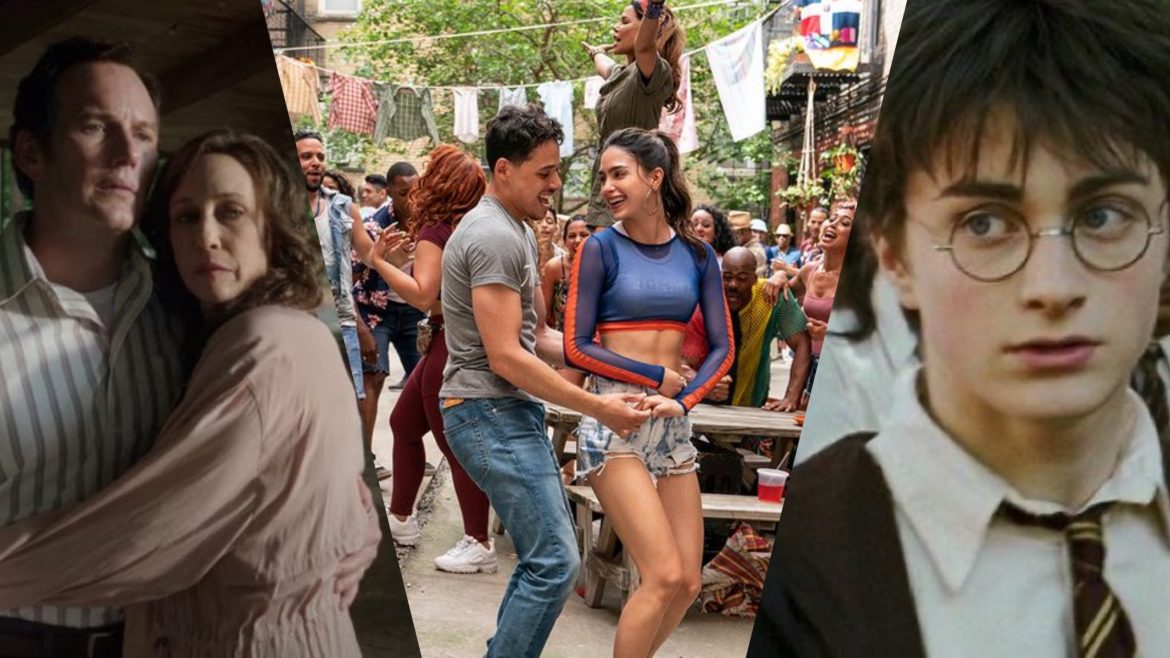 May proved to be another solid month for HBO Max, but things are picking up this June. Two major dual theatrical releases and the return of one of Warner Bros.’ most beloved franchises make this streamer stand out from the competition this month. To start things off, The Conjuring: The Devil Made Me Do It will surely keep Horror fans satisfied. The threequel comes a whole 5 years after the last, leaving fans anxious to finally be able to see it, and from home no less.

In the weeks leading up to its premiere, In the Heights has already been tightening its grasp on the cultural zeitgeist. The adaption of Lin-Manuel Miranda’s breakthrough musical comes from Crazy Rich Asians director Jon M. Chu. The cast is full of players with strong connections to Miranda’s past but also paves the way for a new generation of fresh, diverse talent. Based on its universal praise so far, this could very well take Warner Bros. far in the next awards season.

Finally, the Harry Potter franchise returns to HBO Max after being absent for a few months. Streaming deals and licensing can often be very confusing, but subscribers should be pleased to have all 8 films in the saga be easily accessible once more. See everything coming to and leaving HBO Max in June below, you can find what Netflix, Disney+, and Hulu are also packing this month on DiscussingFilm as well.

The Conjuring: The Devil Made Me Do It

The third Conjuring film (but 8th in the franchise) comes from director Michael Chaves. He previously directed The Curse of La Llorona, which is also set in this series. Fans worry not, for creator James Wan is still heavily involved with his producing credit as he passes the baton. Unlike the rest of the entries in this franchise, this isn’t much of a ‘Haunted House’ story. Patrick Wilson and Vera Farmiga return as the Warrens seeking justice for a poor soul in court, in the first-ever U.S. trial where a murder suspect pleaded innocence due to demonic possession. Hopefully, it won’t take as long to see the Warrens again on screen after the 5-year wait for this one.

The Conjuring: The Devil Made Me Do It hits theaters and HBO Max on June 4!

The musical that blew Lin-Manuel Miranda to fame finally arrives on the big screen, in the most cinematic way possible thanks to Crazy Rich Asians director Jon M. Chu. During one hot summer in Washington Heights, New York, a bodega owner must make the decision of a lifetime when he unexpectedly inherits a fortune. His decision to stay in the states or return to the Dominican Republic is soon molded by the various, unique personalities of the community – each complete with their own hit musical numbers. Fans of Hamilton who aren’t familiar with In the Heights must absolutely sit down and watch, either at home or in theaters… or both!

In the Heights hits theaters and HBO Max June 11!

Subscribers often give HBO Max a lot of slack for their revolving library. The idea of Warner Bros. losing and regaining the Harry Potter franchise on their own streaming service is a bit absurd, but is only a result of the persistent streaming wars. Many of the contracts that determine many of these film’s streaming availability were signed before every studio decided to launch its own service. Now, the Harry Potter films will leave HBO Max again sometime in the future (in pieces or all at once) to only cycle back to what many see as their “true” home later again. This pattern is set to repeat for the next few years until the old deals run out of time. So in the meanwhile, enjoy the Harry Potter collection while it’s around.

All 8 Harry Potter films return to HBO Max on June 1!

Exact Dates to be Announced

To Your Eternity (Dubbed) (Crunchyroll Collection)

The Conjuring: The Devil Made Me Do It, The, Warner Bros. Film Premiere, 2021 (Available on HBO Max for 31 days from its respective theatrical release in the U.S. included at no additional cost to subscribers.)
El Ultimo Balsero (Aka The Last Rafter), 2020 (HBO)

In the Heights, Warner Bros. Film Premiere, 2021 (Available on HBO Max for 31 days from its respective theatrical release in the U.S. included at no additional cost to subscribers.)

The Legend of the Underground, Documentary Premiere (HBO)

The list of titles leaving HBO Max in June isn’t as uncanny as it’s been in past months. Although, some notable films are still leaving that one might want to definitely catch. Those Who Wish Me Dead loses its streaming availability after one month from its exclusive May premiere. Hobbs & Shaw is leaving for those looking to binge every Fast & Furious film before F9. Some other classics like The Last Boy Scout and Malcolm X are saying goodbye for now as well. Check out the whole list below.

Check out what’s also coming to the following streaming services throughout June 2021: