Home » Bo Burnham’s ‘Inside’: How the Internet Changed
Lists & EditorialsTV

Bo Burnham’s ‘Inside’: How the Internet Changed 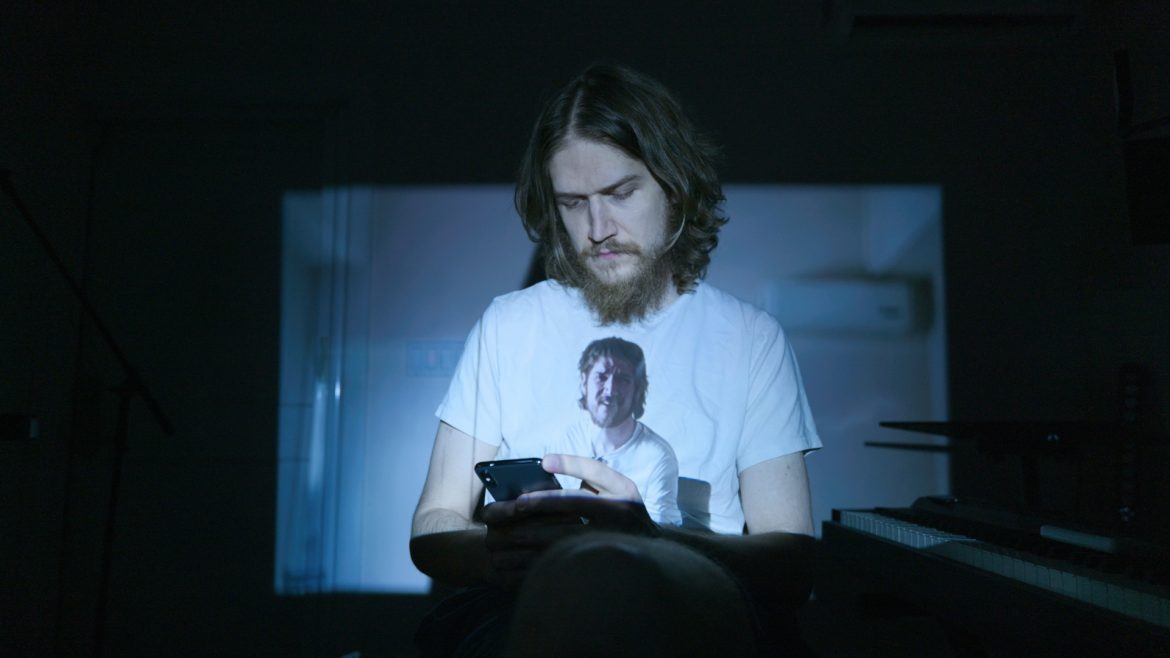 Last week, Netflix released Inside, a new special from Bo Burnham. Recorded in one room over the course of a year, it initially feels like a return to form for Burnham, but as it progresses there is an ever increasing sense of dissatisfaction with the state of the space of online content creation.

In 2006, 16-year-old Bo Burnham began uploading music to YouTube. These songs were always comical; built around clever wordplay and often focused on controversial topics. Initially, his videos never comprised more than Burnham alone in his room playing piano or guitar, but their enormous success launched him to an early internet celebrity status and enormous mainstream fame. As one of the first Youtubers to successfully transition into a more traditional media space, Burnham has come to represent the ideal path for a lot of online creators. In the years following his YouTube fame, he moved into stand-up comedy, acting, and directed a feature film, though his work has always remained in step with online cultures and trends.

Despite being somewhat of an aspirational figure, Burnham’s repertoire has regularly presented a discomfort with the moneymaking and decisions behind corporate media. His 2010 song Art is Dead made this clear, with lyrics like “Cause I wanted my name in lights, When I could have fed a family of four for forty f*cking fortnights” —  but even later works like Repeat Stuff and Country Song are all gesturing at a discomfort with the artificial and financially driven nature of popular media. Without attempting to read minds, it always seemed as if Bo was somehow uncomfortable with the world he had been thrust into from a young age.

The announcement of a new Bo Burnham special almost 5 years after his last and after an unofficial retirement from live performance was exciting, however, the total secrecy of its production raised obvious questions. Without an audience to have performed to, it was immediately clear this would not be a traditional stand-up set.

Traditional, it was not. Inside is a fascinating creation, merging documentary, comedy, and theatre; it is indefinable by traditional means though utterly held together by Burnham’s wonderfully vulnerable central performance. Made over the course of a year in one room, almost solely by one person, it is an anomaly on a major service like Netflix. It is also impossible to ignore that it shares far more DNA with material on platforms like YouTube than a traditional piece of streaming content. Burnham intentionally nods towards this by commenting directly on trends within online content creation, but the combined effect is that it comes to feel like a kind of homecoming for Burnham; a return to the medium that made his name and a reckoning with the ways in which it has changed. One might assume that this would be a natural process but Burnham constantly clashes with the state of the medium, which eventually becomes one of the defining tensions of the piece.

Early YouTube videos were so groundbreaking because there was almost no abstraction between audience and creator. There was an obvious level of performance, but videos were recorded and uploaded with no corporate oversight or elaborate post-production. Bo’s early videos were of him singing a silly song in his bedroom, and they were shared because he wanted people to see them. Inside, as a piece comprised entirely of Bo Burnham singing silly songs in his bedroom should feel like a return to form for him, instead, there are countless layers of distance and abstraction between the audience and the truth of what happened within those four walls.

Throughout the special, Burnham constantly lifts from the aesthetics of online content; reaction videos, twitch streams, and supposedly personal vlogs — but plays them to a level of absurdity where that sincerity falls apart. In one sequence, Burnham plays the part of a twitch streamer, playing a video game composed of footage of himself; yet where Bo Burnham the video game character is expressive and honest, Bo Burnham the host can only ever be reactionary. He describes the actions on screen with a level of total detachment, as if unable to draw any kind of line between this man trapped in his home with crying as his only option, and himself.

At another point, Burnham fills the role of a vlogger, expressing a supposedly sincere thankfulness to the audience, as if ending a video only to leave the cameras rolling far beyond what is comfortable to watch. These moments are not simple condemnations of the people who succeed in these spaces but an interrogation of the things they are leaving unsaid for the sake of corporate cleanliness. For the entire length of the special, Burnham experiments with these mediums in search of some kind of unobfuscated truth.

Similarly, he seems to come into conflict with an endless focus on relevance as motivation. In one of the most traditional stand-up sections of the piece, he asks an imagined audience “Is it necessary that every single person on this planet expresses every single opinion that they have on every single thing that occurs all at the same time?”, a sentiment repeated later in song. These moments create a sense of an exasperation with the ways in which appealing to an algorithm to make your voice heard will fundamentally shape your voice. This stand-up section is followed shortly after by a sequence borrowing from YouTube reaction videos with Bo Burnham as host. While supposedly sharing his sincere opinions he is faced with his own words and the instinct to react leads to a cycle of constant contradiction, leaving the audience unsure of any genuine message beyond that this character sees his voice as important. This section reveals a level of performance and personal aggrandization in the most seemingly vulnerable statements for the sake of making something widely appealing. This is touched on similarly in How the World Works, a song where Burnham can only express his sincerest opinions through a faceless puppet as his own image is no longer a part of the equation.

As Inside continues, we watch a very real progression of Burnham’s mental health as a year of isolation and the stress of completing the special begin to weigh heavier and heavier on him. The songs become less comical and the production more manic and informal. If we accept the first half of the show as a search for sincerity in online content creation, then the second half is what happens when that is impossible. This tonal shift is telegraphed explicitly an intermission halfway through the show. Those early songs and skits are entertaining on their own but the direction the special takes begins to frame them more as distraction than sincere expression.

Inside is fascinatingly in dialogue with Burnham’s early work. Beyond the parallel setting, there are explicit acknowledgments of those videos at various points including songs that address their content directly. One of the most striking sequences of the special (seen below) features him watching My Whole Family, the oldest video on his YouTube channel. Burnham is in total darkness with the video playing in silence, and the result is a haunting juxtaposition. This simple image is followed up by a kind of apology in the form of an elaborately produced, distractingly glamorous music video about how sorry he is, and how he’s learning and growing. It is easy to believe that Burnham does regret parts of his old, and at times offensive material, but the subtext here is in the contrast between the absolute sincerity of those original videos and the totally ego driven presentation of the apology. The effect is yet another suggestion of an insincerity behind online content creation and looking at the average YouTuber apology, it’s hard to argue against.

One may reasonably assume that Burnham’s previously stated discomfort with the cost of being a professional comedian might be assuaged by the stripped back format of Inside, but instead it becomes a driving factor behind the special’s overall approach. Money is behind every form of content that Inside engages with in some form and it is not a stretch to understand that motivation is a barrier to creativity that contributes to the total burnout apparent in the special’s second half. Burnham’s condemnation of these motivations in songs like Art is Dead comes to feel like a coping mechanism that is utterly useless in the face of a creative landscape as shaped by capital as this. A performer with an ego feels trivial stacked up against a creative space controlled entirely by algorithms designed to maximize profit. The framing of Inside suggests the facade of relatability as yet another decision that is ultimately corporate.

When taken as a whole, Inside is mournful, not only in its comments on age, but mournful of the unfiltered creative freedom that shaped the early internet and set it apart from corporate media. There is a sad irony that the mainstream success of artists like Bo Burnham set the stage for a world where that is no longer possible. The narrative of Inside is a reckoning with the ways in which every person is expected to perform online, even in the supposed absence of performance. In returning to online video, Burnham is effectively touring the myriad ways in which one must shape their work in order to be heard in a way he never had to.

Bo Burnham’s Inside is streaming only on Netflix