Kevin Feige on Forming the Time Periods of ‘Loki’ 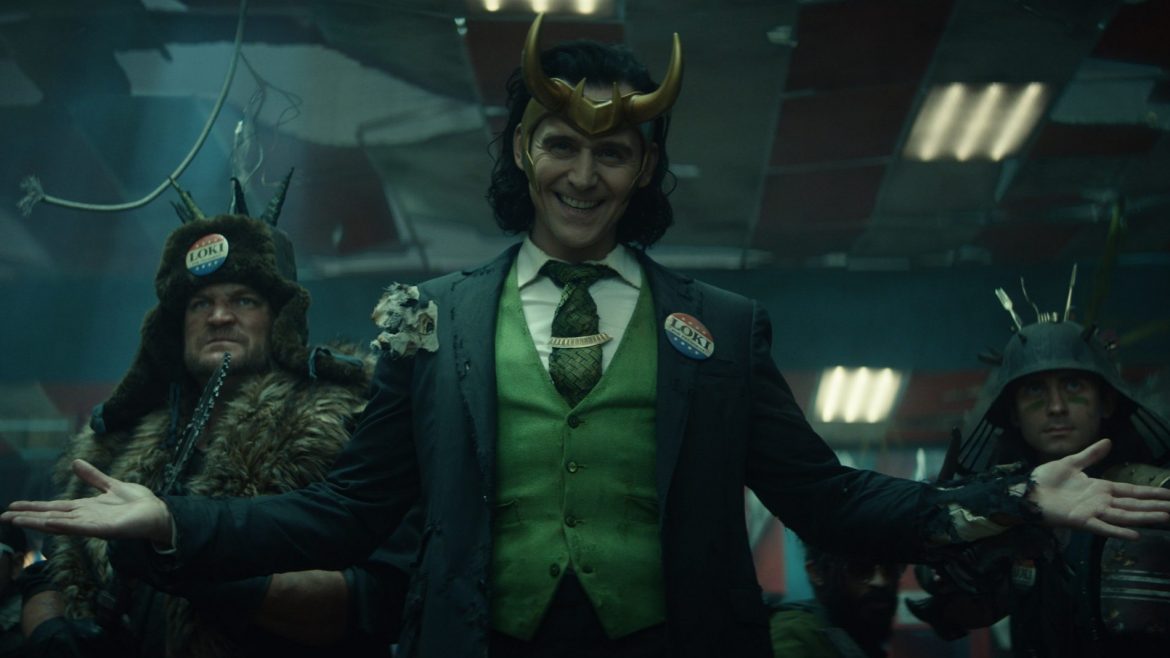 Marvel’s Loki just hit Disney+ with a premiere that “definitely shows promise,” setting the stage for what will hopefully be a great season of TV. Though hard to believe now, many were skeptical of the prospect behind a Loki spin-off series when it was first announced along with the rest of Marvel’s first Disney+ slate. WandaVision and The Falcon and the Winter Soldier were ideas fans had already been able to visualize, but a Loki show? After he already died tragically on-screen?

Already making waves across the internet, the series now seems like it was a no-brainer from the start. Loki is looking to have a very wide impact on the MCU, given Loki’s chaotic and extensive comic lore. This goes hand in hand with the show’s heavy inclusion of the Time Variance Authority (TVA), the all-seeing peacekeepers of all timelines in the Multiverse. Their role comes in naturally after the time shenanigans seen in Avengers: Endgame, but this wasn’t always the case. The road to shaping Loki was far more unpredictable than one may think, or so according to Marvel Studios President Kevin Feige.

Die-hard fans will find this amusing considering that Feige is often seen as the “All Father” of the MCU – overseeing almost every single major project from beginning to end – but not everything is always intricately planned out as fans love to joke about. Attending the global press conference for the show, we were able to get some insight into how Loki came to be from the main man himself, specifically, the time-swashbuckling plot at the center of it all. Feige takes us to the very beginning when they first conceptualized the series, which was ironically at the very end of the “original” Loki’s life as we saw it…

Loki just disappears and we forgot to mention what happens to him at the end of that movie. And, at that point, we did know that Disney+ was coming… it became very exciting to make people wait until we figured out what the show would be.”

Feige goes on to say that the TVA had actually been on his radar for some time – their involvement in the MCU was always imminent with the introduction of the greater Multiverse – but as he admits, he couldn’t find a way to introduce them. Enter series director Kate Herron. Most known from her work on Sex Education, Herron fought hard to get a seat at the Marvel table ever since she first heard rumors about the making of Loki. And to no surprise, she brought Feige what he had been missing the whole time, a direct vision fit for television…

Kevin Feige: “We knew we wanted to do a Tom Hiddleston Loki series. We knew we wanted to have time travel elements. Our producers, Stephen Broussard and Kevin Wright, and I were always fans of the Time Variance Authority organization from the comics for years and years.

We loved the idea of it, but just didn’t know exactly what to do with it before [in the MCU]. Kevin and Stephen had the idea of putting it as a major part of this show. But it was really Kate’s meetings with us and her pitch that brought in all those references and allowed us to look at this as a slightly different genre than we were anticipating.”

Feige goes on to say that everything had to run by Kate, since she “was the one who had to figure out, okay, can we make this look awesome?” But by Kate Herron’s side was Rick and Morty writer/producer Michael Waldron, who has now also co-written the script for Doctor Strange in the Multiverse of Madness with Sam Raimi. Dealing with the TVA and an alternate version of Loki scheming across time, the possibilities are endless. The trailers have already revealed Loki as D.B. Cooper in the early ’70s, and even show him next to Hun-like warriors in some twisted presidential campaign, but as Waldron explains, they took a very specific approach when deciding which time periods Loki would travel to…

What’s the lowest hanging fruit version of that? We wanted to subvert those expectations and go to places that maybe people knew but didn’t know well, and would just be exciting to see.”

Additionally, Feige brought up an old idea for a short that would have also seen Loki in the ’70s – this time having a ball at Studio 54, the elite Broadway nightclub which was home to high society’s most famed icons. Funny enough, Ozymandias was also seen at Studio 54 in Zack Snyder’s Watchmen. An ideal location for Loki to cause havoc in, that proposed Loki short sadly never became more than an idea at Marvel Studios. Feige doesn’t seem too upset about it now though, since the God of Mischief’s own series is paving the way for something far greater.

Kevin Feige: “Early on, Michael calls it the low-hanging fruit – those ideas, as Tom would remember for a short film, going back almost a decade for Loki in the ’70s, like running a Studio 54. I think we had some concept art of him on a horse. Thankfully, thanks to Michael and Kate, the show became infinitely more interesting than that. And the time periods are almost secondary to the story itself.

“Loki enters the scene with an advantage above the previous Marvel Disney+ shows, and that’s the lack of limitations from its premise.” Kevin Feige is sure to speak more on Loki as the season goes on, especially if those rumors about additional seasons come to light. For the time being, fans have Wednesdays to look forward to as the God of Mischief further unravels the complexities of the MCU’s Multiverse by causing great disorder across various time periods.