Home » ‘What If…?’ Episode 5 Review – Bringing the Apocalypse to the Marvel Universe
TV

‘What If…?’ Episode 5 Review – Bringing the Apocalypse to the Marvel Universe 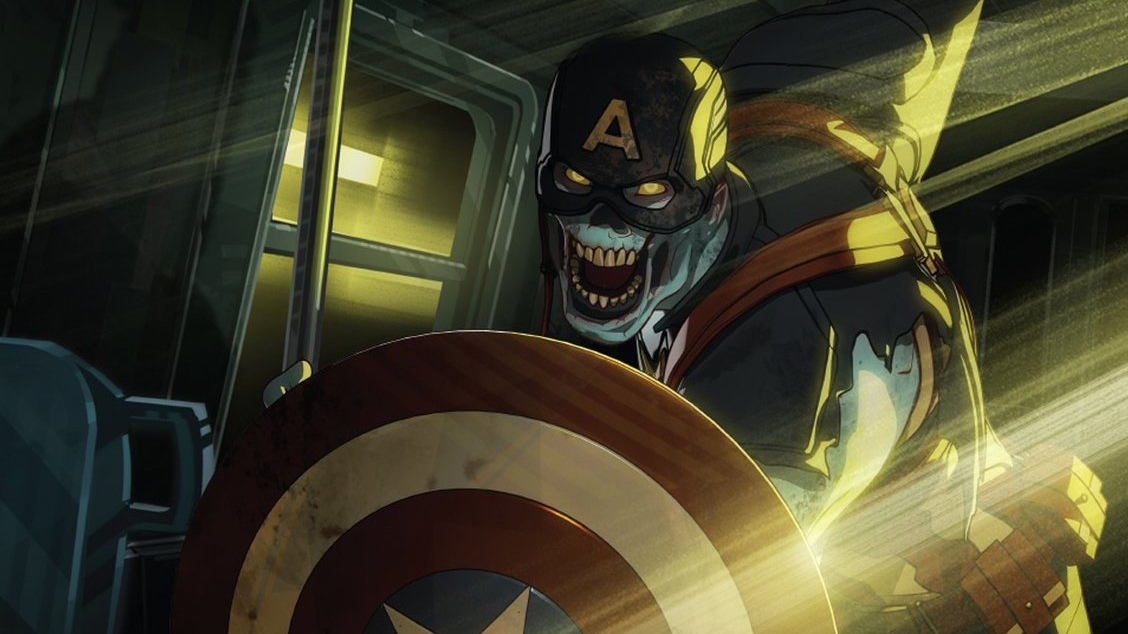 Marvel Zombies has been an incredibly popular comic series for over 15 years, telling the story of what would happen if the Marvel Universe people all know and love experienced the zombie apocalypse. For years, it has seemed like an MCU adaptation of the comic would be impossible, but now with What If…?, it’s been fully realized. Continuing the show’s upward trajectory of quality from last week, episode 5 proves to be an epic journey that will leave fans dying (no pun intended) for more.

Episode 5 of What If…? is set in an alternate timeline where Hank Pym and Janet Van Dyne accidentally unleashed a zombie virus from the Quantum Realm, wiping out the majority of the population, including most of the Avengers. Only a small collective of heroes remain, and when Bruce Banner returns to the fold, they must unite in one last fight for the human race.

This is an interesting premise on its own, but its execution is superb. The story never slows, taking audiences on a thirty minute emotional thrill ride. If anything, people are going to sincerely wish that these episodes were a bit longer than half an hour, as these ideas are so incredibly interesting that it’s a shame viewers get to spend so little time with them. Had this entry been at least ten minutes longer, this universe and its altered versions of the iconic MCU leads could have been more fleshed out. Though at the time it stands, episode 5 is still great.

Getting to see zombified versions of fan-favorite heroes is extremely exciting, and the undead designs are stunning, embodying these characters and what they would look like as rotting corpses perfectly. The animation itself is also up to par with these looks, perhaps at its most effective form in the series yet. The action is very fluid, and the zombies are visualized in a way that effectively creeps out the viewer and evokes the horror aesthetic that is integral to the episode’s tone as a whole.

Episode 5 has the largest cast of MCU characters seen in What If…? thus far, and almost every actor reprises their role. It’s a surreal experience seeing all these faces interacting together, an experience that makes this even more memorable for those whose favorites made the cut (likely everyone). Dynamics that have never been explored before, like David Dastmalchian’s Kurt and the Avengers, prove to be strangely enjoyable, despite being totally unexpected. The only major character who doesn’t have their original actor voicing them is that of Spider-Man, with Tom Holland nowhere to be found. It takes a while to get used to, especially since voice actor Hudson Thames is clearly trying his best to mimic Tom Holland, but it’s a solid performance nonetheless.

The script is also at peak levels of enjoyment. The zombie apocalypse feels genuine and lived-in, moreso than the distinct scenarios raised in earlier episodes. Spider-Man is arguably the main character here, and even if Holland doesn’t provide the voice, it still feels like the same persona, only now in pure survival mode. Fans also see a major turning point for the character, as the episode serves as the first direct reference to Uncle Ben in the MCU. Although Uncle Ben has been hinted at and indirectly referenced in previous films, What If…? is the first time the character has ever been name-dropped in this franchise, and it’s a moment that will surely cause its fair share of commotion.

Episode 5 of What If…? is full of ambition, and it mainly succeeds as an honorable adaptation of the iconic source material. The writing delivers the most it can with its short time and the animation continues to impress with its flexibility. Everyone is going to definitely want to see more of this timeline in the future of the show, especially after the ending of the episode, with a zombified Thanos arriving on Earth. What If…? has managed to improve week after week, and this is no exception. Hopefully, the series can continue to follow this trend, however, this episode will be a hard one to surpass.

Our review of Episode 4: The Biggest and Best Episode Yet