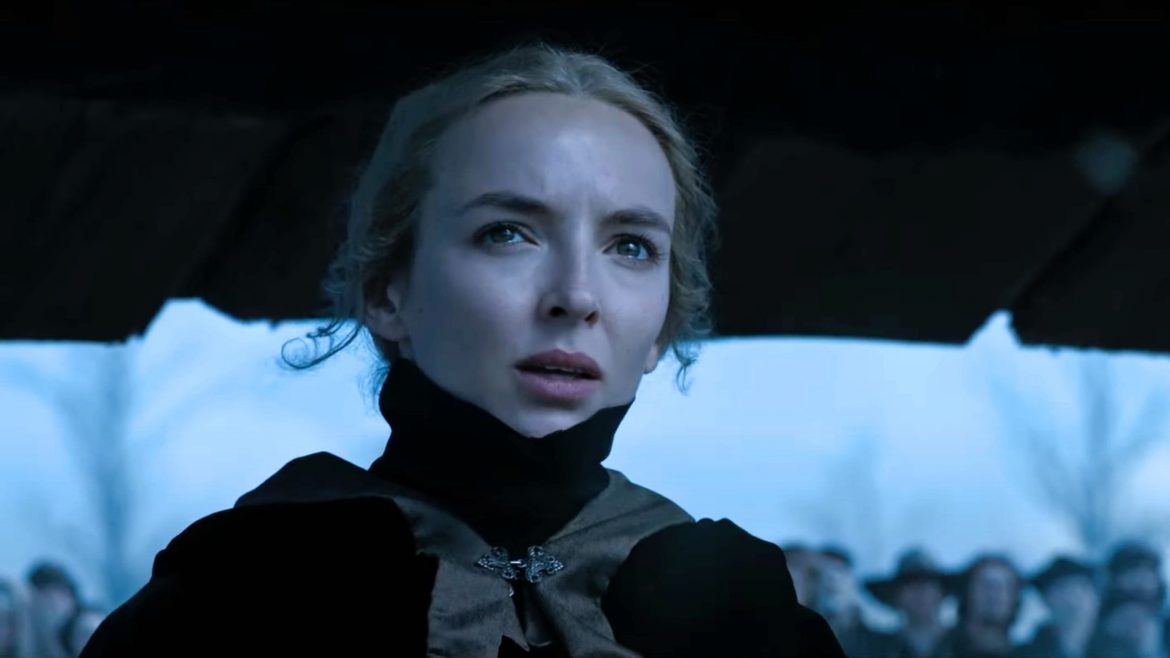 Betrayal, revenge, and a duel to the death. Ridley Scott’s latest directorial feat, The Last Duel, is packed with intriguing characters and performances, but when it comes down to it, Jodie Comer rises as its shining star. Based on the real historical events that lead to the last ever recorded judicial duel fought in France, the role of Marguerite de Carrouges is front and center. A noblewoman is shunned by society after bringing to light that she has been assaulted in her own home, leaving her husband knight to fight for whatever honor remains. With such a heavy story filled with high stakes and intensity, Comer was required to bring nothing less than her A-game, and that she did.

Comer delivers an intricate and tender performance from multiple angles. This is the second big screen turnout for the Scouse actress this year alone, displaying the immense amount of range she possesses. A role as complex as this one requires not only a deep understanding of one’s self, but also of those who are perceiving her. On top of this delicate character study comes a wider context of the questions and issues the narrative brings forth about the ways we previously lived as humans and how centuries later, society still upholds some of these outdated and harmful ideologies.

The audience sees Marguerite from three different perspectives in The Last Duel, that of her husband, her abuser, and finally, herself. With these storytelling shifts, Comer embodies the smallest of details needed to pull it off. In attending the official press conference for the film, we were able to dive deeper into her performance as Marguerite. Comer starts with the fundamentals…

Jodie Comer: “I think the beautiful thing about the script was that it was all there on the page, you know? The intentions were very, very clear as to what was needed in each perspective. What was sometimes jarring, was that we shot each version simultaneously. So we were literally jumping from one to the next. I was always wanting to make sure that we’ve got Marguerite. I felt really loyal to her and really wanted to make sure that we got that in the bag.

And then I felt like I could play around with the other versions. I was afforded a lot of freedom in what I wanted to explore. We played around with the subtlety and how far we wanted to push it. It was great to then see the final film and see how all those moments play out because it’s so important that when you’re in each perspective, you’re really invested in what that character is telling you.”

Next up, we were lucky enough to ask Jodie Comer a question ourselves, specifically on the themes of The Last Duel and how they speak to contemporary issues. Marguerite’s story perfectly plays into how women’s suffering frustratingly gets caught up in men’s pride and politics. And even though the film is set in medieval times, it translates loud and clear for modern audiences When asked if it’s more important than ever for people to get a chance to see this story, Comer had the following to say…

Jodie Comer: “I think it’s always as important to tell these stories. The sad part about this story and many others throughout history is that it has gone by but is relevant. They are extremely delicate subjects and need to be handled with sensitivity.

For me, especially in regards to the rape scenes themselves, they couldn’t be gratuitous, they had to be moving the story forward. That was always at the front of everybody’s minds because you know that there are going to be many people who watch this film and sadly relate to it in some way and that can be difficult to execute and to watch. But I believe we shouldn’t shy away from it for that reason, as long as it’s handled with care.”

Finally, she was able to break down what first drew her to this specific project in the first place?

Jodie Comer: “I mean, when a script comes from Ridley Scott, and he wants to meet you… you’re like, yes I will! Then I read the script. I was so fascinated by the structure of it and this idea of there being three perspectives but, ultimately, only one truth.  I remember when I met Matt [Damon] early on, he said, ‘You should know, [Scott] works at a pace. Like, he has four or five cameras rolling, it’s fast.’

He kind of gave me a little heads up. When I got to set, I was like, ‘Oh, no kidding.’ I’d never worked like that before. It was just really fascinating to see how he makes his decisions. His attention to detail, whether it be through the characters in the story or the locations and the set design, he doesn’t miss a trick. The film has a lot of heart, but it’s also a spectacle.”

Read Next: Ben Affleck and Matt Damon on The Last Duel, Their First Screenplay Together in 24 Years