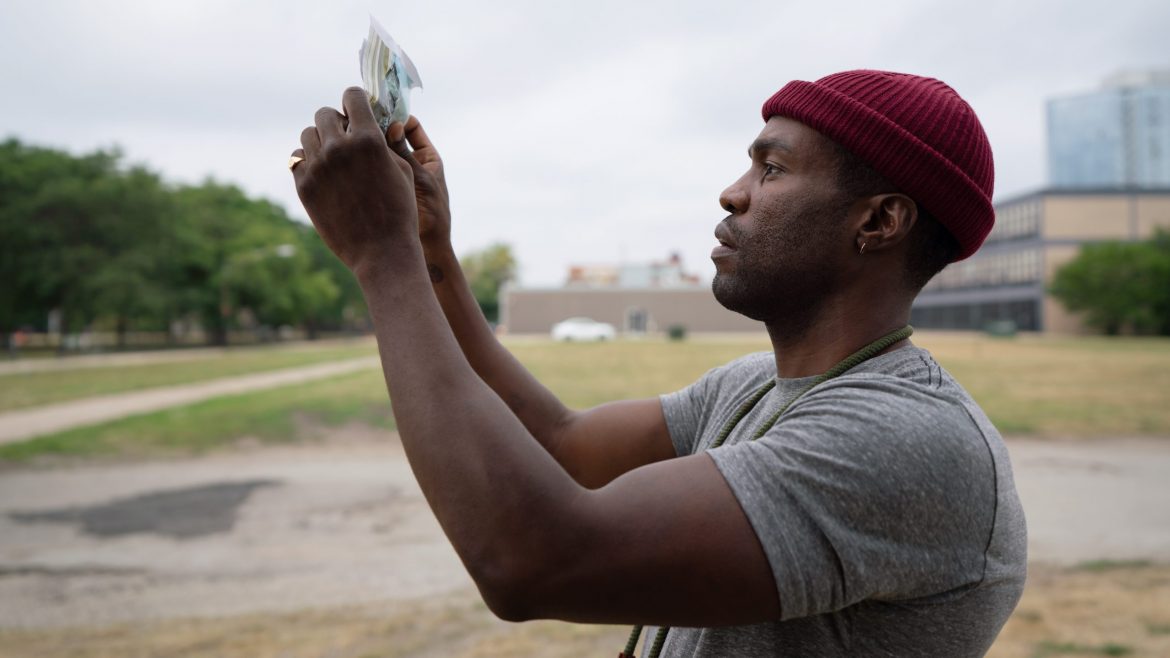 Like many other horror films, Candyman has thrived at the box office where other blockbusters have struggled during the pandemic. The film has managed to accumulate $77.41 million at the worldwide box office on a production budget of under $25 million. It also marks another critical success for director Nia DaCosta as the film earned 84% on Rotten Tomatoes and a B on CinemaScore, a rare feat for an R-rated horror movie.

Candyman has just been released today on 4K UHD/Blu-Ray from Universal Pictures Home Entertainment and to celebrate, we have an exclusive clip from the special features of the film to debut.

This clip is from the Painting Chaos featurette on the 4K UHD/Blu-Ray and features Sherwin Ovid (the Commissioned Artist), Yahya Abdul-Mateen II (who plays Anthony McCoy), Win Rosenfeld (producer and co-writer) and Hamza Walker (Art Consultant) as they discuss the paintings that Sherwin created for the film to characterize Anthony’s deteriorating state of mind.

You can learn more about the team in-front and behind-the-camera on Candyman below as well as all of the information on the jam-packed special features section, including a rare unmissable alternate ending for the film.

Dare to say his name. Oscar-winner Jordan Peele (Get Out, Us) and director Nia DaCosta (Little Woods, Disney’s upcoming film The Marvels) expand on the infamous Candyman legacy with “a new horror classic” (FOX TV) that is “smart, stylish, and scary as hell” (Danielle Ryan, /FILM). Certified Fresh on Rotten Tomatoes with a score of 84%, Metro Goldwyn Mayer’s (MGM) Candyman is back and yours to own on Digital now, and on 4K Ultra HD, Blu-rayTM and DVD November 16, 2021 from Universal Pictures Home Entertainment.

All versions come packed with over an hour of bonus features including a never-before-seen alternate ending, deleted and extended scenes as well as special featurettes taking viewers behind-the-scenes of the film and deeper into this complex and deeply resonant contemporary take on the bone-chilling urban legend.

For decades, the housing projects of Chicago’s Cabrini-Green were terrorized by a ghost story about a supernatural, hook-handed killer. In present day, a visual artist (Yahya Abdul-Mateen II; HBO’s “Watchmen,” Us, forthcoming Matrix Resurrections) begins to explore the macabre history of Candyman, not knowing it would unravel his sanity and unleash a terrifying wave of violence that puts him on a collision course with destiny.

Our review of Candyman: Nia DaCosta Reinvents a Classic