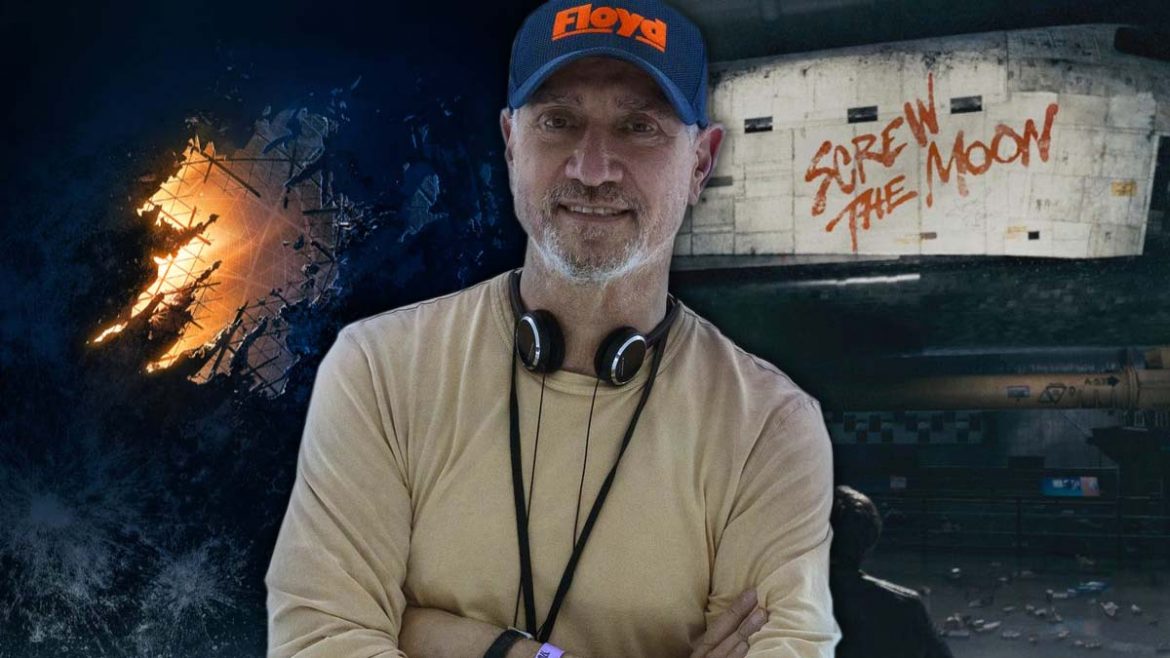 Roland Emmerich has always reveled in big, bold onscreen mayhem. The outlandish Master of Disaster has continued to grace movie theaters with blockbuster spectacle set on a massive scale. Films like Independence Day, Stargate, The Day After Tomorrow, and 2012, just to name a few, offer huge, impressive effects and apocalyptic calamities while colorful casts of characters do their best to unite and survive. Since arriving on the scene and changing the game of Hollywood in the 90s, Emmerich’s films have made billions of dollars and the filmmaker himself has become one of the highest-grossing directors of all time.

Not too much has changed decades later for the Hollywood staple, even in one of the most uncertain times yet for movie theaters and original stories. Even with streaming steadily eating up major movies premieres from major filmmakers, Emmerich is still here with a big, original disaster flick strictly intended for the big screen. The film is Moonfall, a sci-fi epic starring Halle Berry, Patrick Wilson, John Bradley, Michael Peña, Charlie Plummer, Kelly Yu, and Donald Sutherland about, you guessed it, the moon falling out of orbit and colliding with Earth. It’s one of the most expensive movies to be completely financed independently ever made.

We first spoke with Roland Emmerich two years ago on his WWII flick Midway, which he also independently financed. After giving us his experience with this sort of high-end independent filmmaking, now we get to sit down with the one and only Master of Disaster yet again to break down how he applied those lessons to Moonfall. We, of course, also touch upon conspiracy theories and why he’s not interested in franchises that aren’t his own.

This film has been in your head for a number of years now. How did the initial concept come to you?

Roland Emmerich: I read a book, maybe 9 or 10 years ago, called “Who Built the Moon?” That kind of jumped out at me. I read it, and they claimed that the moon was built. That’s an interesting concept. So every time I looked at the moon, I said, “Oh my God, this thing could be built.” I thought, “Okay, the moon gets out of orbit, and through that, we learn that it’s built. They want to go up there and fix it.” So that was the very beginning, the idea came like 6 or 7 years ago. I kept writing two or three-page synopses. Then at one point, we just started working on it and fleshed it out, invented characters, and wrote a script.

Were there any major changes story-wise that had to happen to go from the script to the screen?

Roland Emmerich: The script went through some changes. It was first at Universal and back then it was even wilder. They said, “Tone it down.” And I said, why? I kind of realized they were not going to do it. There’s this feeling that a director has, you know?

I started working on Midway and we financed that independently. Then I said, “Why don’t we do this with Moonfall?” and they got it out of Universal and I gave it one more really, really good look. I wrote a script together with my two writing partners [Hararld Kloser & Spenser Cohen], which was much more downsized and it was much more science-based. When you tell such a crazy story, you want it to be as science-based as possible, and that’s what we did. We went to Lionsgate, they were immediately on board, and then we went to Cannes and sold the rest.

Did you find this to be the most creative control you’ve had over a project like this?

Roland Emmerich: I had this already in Midway, I independently financed that film. Which was a good lesson because we could use a lot of the experience we had. In Midway, we went the other way around, you know what I mean? It was crazy. So this time we did it right. We first went to Lionsgate and said, “Do you want to have the American rights?” They said yes. Then with that commitment, we went to Cannes.

How do you feel about releasing this kind of large-scale theatrical event at a time when it’s been tough for non IP-driven movies like this?

Roland Emmerich: Well, it gets harder and harder. I’m really not very happy about that. How many superhero movies can you make? They’re making like, 7 or 8 Spider-Man [films]? It’s just very boring for me, as a filmmaker. You don’t want to keep making the same movies over and over.

So streaming premieres aren’t something that interests you either?

Roland Emmerich: Well, Moonfall was conceptualized as a film for the theater. Everywhere in the world, big releasing companies or distribution companies bought the film. So I cannot now go to a streamer and then tell them all that the movie is not coming, because they’re already paying down a certain amount. When they get delivered the film, then they pay the rest. So that’s that. You have to work with streamers in the future. There’s no way around that.

Was there a big learning curve for you in going from more models and practical effects on films like Independence Day, to now, where everything is mostly digital?

Roland Emmerich: It was a slow process. I mean, yes, in Independence Day, everything was modeled and shot with motion control cameras. But it took quite a while, you know? So you could always keep up with the technology. It was not like, all of a sudden everything was digital, it was a slow process. I loved shooting models, I don’t deny that. But on the other hand, in digital, you can endlessly fiddle and constantly improve the shots. So there is no more, “Oh, this shot has to be finished now.” It’s only one moment when everything has to be finished. Most of the time you have, at the end, like maybe 25, 30 shots, which you don’t want to say is final, but then you still have to say it’s final. That’s from 1700-1800 shots, so that’s actually quite good when you think about it.

Are there any big conspiracy theories that you fully believe in or that you’ve come up with on your own?

Roland Emmerich: I think I’ll leave them now, the conspiracy theories. Moonfall is maybe my last movie ever that is a conspiracy theory. It got super dangerous. All of a sudden, people believe in the flat earth theory, they believe in Q-anon, where they say that “Democrats live off the blood of babies.” I mean, how crazy can it be? All that is why I say I’m out of the conspiracy business, because that’s just not very cool anymore.

Moonfall is now in theaters!