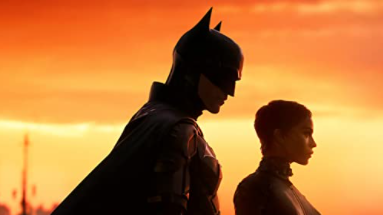 The Batman has finally arrived, the first solo outing for the character in a decade starring Robert Pattinson as the caped crusader. Along with director Matt Reeves and an electric supporting cast, featuring Zoë Kravitz as Selina Kyle and Paul Dano as the Riddler, comes producer Dylan Clark. The producer is a longtime collaborator with Matt Reeves, having worked on the previous Planet of the Apes trilogy as well as other hits like Bird Box and Oblivion. From start to finish, he played a heavy role throughout production on The Batman, and in sitting down with Dylan Clark for a roundtable discussion with other fellow journalists, we were able to discover so much more.

We covered everything from his working relationship with Matt Reeves to his reaction seeing Robert Pattinson in the Batsuit for the very first time. To kick us off, Paul Edwards from DC World asked about the challenges of making The Batman. “The level of care, concern, and terror that you have going into something like that is just immense,” Clark said. He further emphasized that the 80 years history of Batman added even more pressure as they strived for “such a high level of ambition”.

Batman is known for lurking in the shadows, but he takes it to a whole new level in The Batman says Tasmin Humphries from The Aspiring Kryptonian asking if it was hard to capture that darkness on camera. Clark’s answer was short and clear – “not that difficult.” He went on to clarify that “a lot of care went into crafting shots with Matt and Greig [Fraser] and also our production designer James Chinlund”. They wanted “to design a Gotham that was very moody, scary and have, this vengeance, this character of the night come out in really intimidating ways.” He says that Robert Pattinson’s Year Two Batman hasn’t “quite perfected being Batman, so there’s a level of threat and brutality to him.” It was all about Pattinson having to intensify the aforementioned darkness through his performance and the way they shot it.

Everyone always wants to know the first reaction to an actor putting on something as iconic as Batman’s cape and cowl, so naturally, Kibla from Kibla Ahmed Art, during the roundtable, asked The Batman‘s producer about this. It’s a question that all of Matt Reeves’ colleagues have been asked and this is what Dylan Clark had to say…

Dylan Clark: “It was one of the great moments. I’ve been doing this for a very long time, and this is my first Batman movie. You have to bring the actor in to see how he looks in a cowl, but you haven’t made a cowl yet for him. So we brought him to the Warner Brothers lot where the security guards brought out all these different Batsuits of all the legendary Batmen. Rob had to try on ones that would fit and I was just sitting there in the changing room, watching him come out with different cowls. It was just one of those days I’ll never forget.”

Next up, we got to ask Clark what exactly it is about Matt Reeves directing style that’s kept their working relationship so strong over the past decade…

Dylan Clark: “I love how Matt’s process gets him so deeply inside character and theme, he drives his narrative from that place. As a writer-director, he spends a lot of time with these characters and their emotions, but he’s also experiencing them through some sort of cinematic progression. So as he writes a script, what I say to the crew, it’s often the best storyboard that you could use. The script is underlined, and detailed to such a degree that you see where he’s going to make cuts and his edits. He’s just a precise person.

So it’s easy making a Matt Reeves movie. The hard part is the amount of pressure he puts on himself. I often have to be the cheerleader, partner, brother, and father to cajole him that it’s actually great. When he delivers a script, he’ll send me scenes and I’ll read it and don’t see any of the problems he feels it has. [Reeves] is a very thorough, tremendous partner and he’s incredible at what he does.”

Having come full circle, Paul Edwards from DC World asked another question in regards to the process of creating the new Batmobile. Clark went on to say that “again, when you’re making a Batman movie, you’ve inherited 80 years of Batman, you have to deliver a great Batmobile.” Adding to his point, Clark highlighted the important fact that this a Year Two Batman, it “was an opportunity to show an original Batman who is alone, he’s got to be able to build this stuff by himself” as their “whole objective was to ground this Batman and make it feel like we were in a real Gotham City.”

He acknowledged that the Batmobile wasn’t as advanced and militarized as some of the recent films. “[Christopher] Nolan took the Batmobile in one direction and then Zack [Snyder] took it here. There was no way to really top that military design.” So in coming up and drafting ideas, it was Matt Reeves who came up with the idea of “a kit car.” Also, he went on to say that it was incredibly fun to imagine “how Bruce Wayne aka Robert Pattinson would build a car.”

The Batman has multiple villains, including the Penguin and the Riddler. So, naturally, Tasmin Humphries from The Aspiring Kryptonian asked about the reasoning behind their choices for the film’s villains. Furthermore, Tasmin went on to ask about why they made the Riddler much darker than we’ve ever seen him before.

Dylan Clark: “Matt was interested in putting a series of things in front of this Batman that would help him reveal who he was and what his family legacy was. He wanted Batman to be challenged very specifically in a way, where he could be a detective but also a detective trying to figure out who he was. So the Riddler just felt like a very timely bad guy. There’s an idea Matt was really excited about, which was the fact that the Riddler doesn’t become the Riddler until our vigilante puts on this cape and cowl for two years and shows what he can do. He sees that and thinks they’re united.

In relation to Oz, he’s just that mid-level gangster who wasn’t quite the kingpin yet, who works in this gangster world that is familiar to us. Again, we tried to ground Gotham in the most specific, real way. We really wanted to present an authentic Gotham, so that it felt very contemporary to our audience today and Oz just was that great gangster-like character, like Bob Hoskins in The Long Good Friday, that Matt fell in love with.”

After the success of Dune, Oscar-nominated cinematographer Greig Fraser has been all everyone has been talking about in the world of cinematography. The Batman sees his next cinematic venture as Fraser dives into Gotham’s dark and grungy streets. Kibla from Kibla Ahmed Art asked Clark about working with Greig Fraser and how they went about shooting the film. “Matt and Greig have worked together before, they are precision seekers. Greig is a brilliant photographer, he understands lighting and camera so well, he even builds his own cameras.”

As mentioned many times, they wanted to ground The Batman so with the help of production designer James Chinlund they built “a tactile Gotham that you could touch and Greig could shoot.” Additionally, Clark mentioned their somewhat peculiar choice of location, avoiding the typical cities that past Batman films have primarily filmed in, “we shot in Liverpool, we shot in central London, we shot in Chicago, and there was this thing that Greig and his team did to design the lighting to make that transition, from real concrete buildings to visual effects, look seamless.”

Dylan Clark: “With Warner Brothers, we had a partner from a studio that listened to our ambitions, they said, go out there do it. We really wanted to capture something that felt real. From our Planet of the Apes movies, we took that motion capture technology and we took it outside of the Volume. We went to exterior places with it. We soon realized that there was a way to seamlessly connect the visual effects world with things that were happening in our physical world. James [Chinlund] went around the world looking for Gotham. In his mind, Liverpool had that center square that was brilliant. It had all that depth, [Gotham] hadn’t been shot in that way before. Also, instead of doing the Wayne Mansion, we did the Wayne Tower, and we designed it to feel very gothic.”

Paul Edwards from DC World went on to ask if there were any other characters that nearly made the film and which ones Clark would like to see in any sequels. Clark remarked that “the investigation and the journey that Batman goes on brings us to all these characters” and that the screenplay is very ambitious, “it’s a full meal of a movie.” According to Clark, Matt had “such interest in these characters and he wanted to service each character individually in a way that you could connect to them.” He doesn’t think there was room for any other inclusion from the rogues gallery due to the ever-growing amount of supporting cast present throughout the film. Ending off his answer, Clark said that “If this movie works for an audience and we get a chance to do a sequel, I think there’s a lot more story in these characters to explore.”

Tasmin Humphries from The Aspiring Kryptonian, in her final question, asked The Batman‘s producer how he felt when he got to see the finalized product for the first time, which had been a long time coming due to endless delays related to pandemic outbreaks and restrictions.

Dylan Clark: “I love what I do and I love my partnership with Reeves, he’s like a brother to me and I care about this stuff deeply. I’m a nerd and I love film, I grew up with movies, so there are moments along the way where Toby Emmerich, the Head Of Warner Brothers, said, can you believe that us four are sitting here looking at Robert Pattinson and making the decision to make this movie?

When I finally saw Matt’s director’s cut, I remembered that day and then what we had to go through to finish the movie. Even though it was really long, I loved it and it was exactly the script that Matt wrote. I was moved, I felt happy, I was excited for this moment where I could talk to people that finally have seen it, and for them to smile at me and tell me what they thought about it. I just can’t wait now to open it to the world in movie theaters.”

The Batman debuts in theaters March 4

Read our ★★★★★ review: Robert Pattinson Shines in this Inspired Noir