Home » The Origins of 4*Town in ‘Turning Red’
Uncategorized

The Origins of 4*Town in ‘Turning Red’ 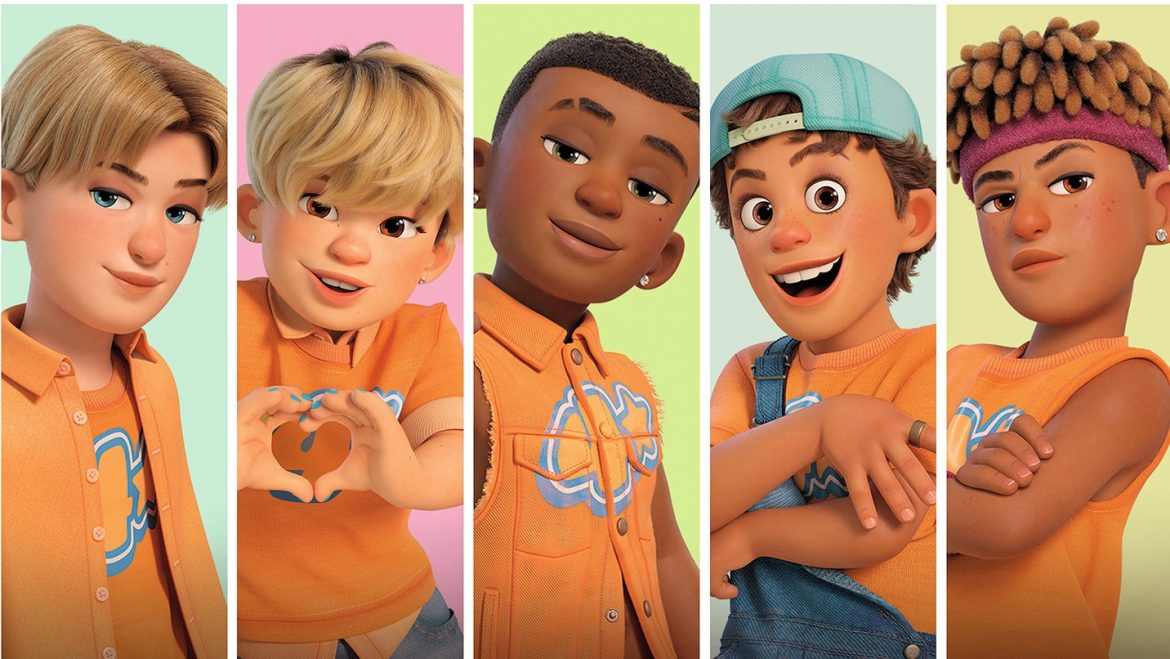 Turning Red is the latest film to be added to the Pixar canon, hitting Disney+. Directed by Domee Shee, the film follows 13-year-old Meilin “Mei-Mei” Lee as she goes about her adolescent life, fostering friendships and navigating a complicated relationship with her mother Ming.

The film features music from fictional boy band 4*TOWN, written by the real-world songwriting duo Billie Eilish and Finneas. While many animated films would use such contributions from major pop stars as simple marketing gimmicks, Turning Red’s boy band pop sensations are woven deeply into the narrative’s fabric. A stand-out element of the movie, 4*TOWN was a topic of hot discussion during the official press conference for the film’s release.

Before 4*TOWN was ever a major presence throughout Turning Red, it began as many story ideas do – as a joke. “I think there was a very early fake scene that was written between Ming and Mei that just kind of helped illustrate what their dynamic was,” said the film’s producer Lindsey Collins when asked to describe the genesis of the group. “Part of that [scene] was this joke of Ming basically saying, I don’t understand your obsession with this boy band 4*TOWN. And if they’re called 4*TOWN, why are there five of them? And it always made us laugh. It was this little joke in there, and so that started off as just one way to color Mei’s character.”

But the team quickly realized the potential of their comedic hypothetical. “All of a sudden, it started to feel like this really great way to ground this fantastical movie in a very real-world, 13-year-old stake. So we got to create our own boy band,” Collins continued. “There was also a selfish desire across the team of like, oh my gosh, yes, an animated Pixar boy band. Yes, please. So, at that point, we were like, all right, who’s gonna write the music? Who do we approach?”

Instead of approaching an actual real-world boy band to simply stand in as a sort-of fictional representation of themselves, the creative team behind the film sought out artists with a certain authenticity that speaks to a young audience. The answer, according to the film’s producer, was found in her own home. “ Billie [Eilish] and Finneas’ music was being played all the time in my house, and they were clearly people who were speaking to this generation in a way that felt like those songs they were writing were written for them. I think that’s the thing that we all remember feeling.”

While it was seen as a bit of a “weird ask,” the team extended an olive branch, hoping to entice the songwriters to join the project. “I think maybe it was such a weird ask that wasn’t like, oh, sing a song – it was like, can you write boy band songs for us?, that they were kind of intrigued,” Collins explained. “So we went down and pitched it to them in person, and before the meeting ended, they were like, we’re in. So it was huge. It was like a gift, really.”

Screenwriter Julia Cho expressed nothing but praise for their work and the decision to bring them in; “Just to be on the sidelines of that decision, it felt like brilliance because it wasn’t about getting a boy band to the boy band, it was about finding these artists who were authentic. Because really, the movie only lives in its authenticity, and everything in it has to feel totally real, and so I think the realness of those artists coming to it was just a great combination.”

For a film that was designed around the feeling of this particular period in a teen’s life, that sensation of being heard and spoken to was incredibly important to imbue within the film – and it was a large reason why Eilish and Finneas were the perfect additions to Turning Red.  “I think if [the message of the film] had been something that felt less in line with the kind of approach they take in their music, maybe the answer [of if they’d write the songs] would’ve been different,” said Collins. “But I did think that they felt like, oh, yeah, I totally know what it feels like to be a fan, you know? They were really like, oh my god, I know that feeling. And so they were really loving that we were diving deep into that period of somebody’s life, for sure.”

But of course, none of this would matter if it didn’t have a deep connection to the film’s story. Actress Maitreyi Ramakrishnan, the voice of Mei’s friend Priya, described her own experience at a “Marianas Trench” concert this summer, saying “I lost my mind. I was always wondering, why do people cry at concerts? Like shouldn’t you be excited to be there? You should be smiling, maybe laughing, who knows? But then as soon as they came out on stage, [I was] bawling. I was done. I understand.”

In many ways, this experience suits the emotional journey of Turning Red and its main characters. Mei’s own journey is informed by her relationship to 4*TOWN – a parallel to the lives of many teens and fans of any age. As Ramakrishnan said, “the importance of music growing up totally shaped who you are.” Furthermore, “this style of early 2000s pop music imbues both theme and tone to the story,” something that is completely unique to this particular Pixar tale.

Read our ★★★★ review: New Flavors to a Familiar Story