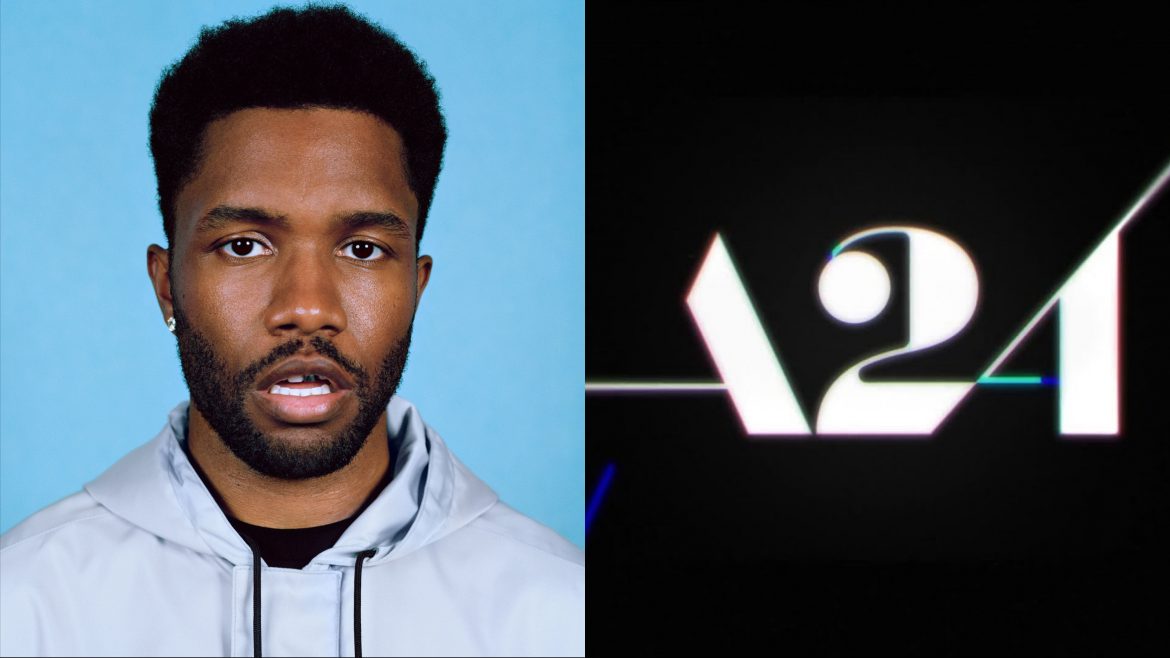 We have learned that Grammy-winning singer and songwriter Frank Ocean is looking to write and direct his own feature film, and sources say distributors A24 and 2AM are in talks to make it happen.

Frank Ocean is perhaps one of the most beloved musical artists of our time, with two Grammy wins and the Brit Award for Best International Male Solo Artist under his belt, among other accolades. His two studio releases, Channel Orange and Blond, are both currently listed in Rolling Stone’s 500 Greatest Albums of All Time and he was also named by TIME as one of the 100 most influential people in the world back in 2013.

This would not be Frank Ocean’s first foray into filmmaking as he also wrote and directed Endless in 2016, a visual album released as a streaming exclusive on Apple Music. The 46-minute performance was live-streamed and depicted a seemingly endless process of construction as Ocean built a staircase.

Frank Ocean, real name Christopher Edwin Breaux, is currently working with production company 2AM on his potential feature film, should it go ahead. 2AM is a relatively new studio, having only developed two films so far: Bodies, Bodies, Bodies – A24’s highly-anticipated slasher which releases this August from director Halina Reijn and stars Amandla Stenberg, Maria Bakalova, Rachel Sennott, Chase Sui Wonders, Pete Davidson, Lee Pace, and Myha’la Herrold – as well as Past Lives, A24’s yet to be released drama focused on family re-connection from director Celine Song.

While 2AM may only be in its infancy, the executives behind the production company are well-seasoned. Julia Oh and David Hinojosa, who would be overseeing Frank Ocean’s potential feature debut, have previously worked on films such as Vox Lux, American Woman, Shirley, Zola, Mothering Sunday, and The Electrical Life of Louis Wain. The 2AM venture is backed by investing from A24, the studio where all of 2AM’s current projects are being distributed from.

Frank Ocean has a strong history with A24, as he wrote the forward for the screenplay book release of Barry Jenkins’ Moonlight. Additionally, Ocean’s music was heavily featured throughout Trey Edward Shults’ Waves – the melancholic journey of a suburban family navigating loss and forgiveness in the aftermath of a tragedy, starring Kelvin Harrison Jr, Lucas Hedges, Taylor Russell, Alexa Demie, Sterling K Brown, and Renée Elise Goldsberry. It goes without saying that A24 has already had an incredible run this year with titles like After Yang and Everything Everywhere All at Once, the latter of which most recently became the studio’s highest-grossing film of all time domestically.

If Frank Ocean is able to make availability within his schedule, the hope is to begin filming sometime this Fall and have production wrapped before the New Year arrives. Sources have said that Ocean has already eyed New Mexico as a potential location to film his feature directorial debut. With Ocean currently expected to headline Coachella in 2023, sources say discussions are still ongoing between the musical artist and the various parties involved to ensure that if he is actually able to take his feature directorial debut off the ground, it would not affect his current scheduling commitments.

Plot details are currently unknown for this film and neither is an official title, although sources say that the project is being referred to by some internally as Philly but that is likely a working title.

Get more A24 updates here!