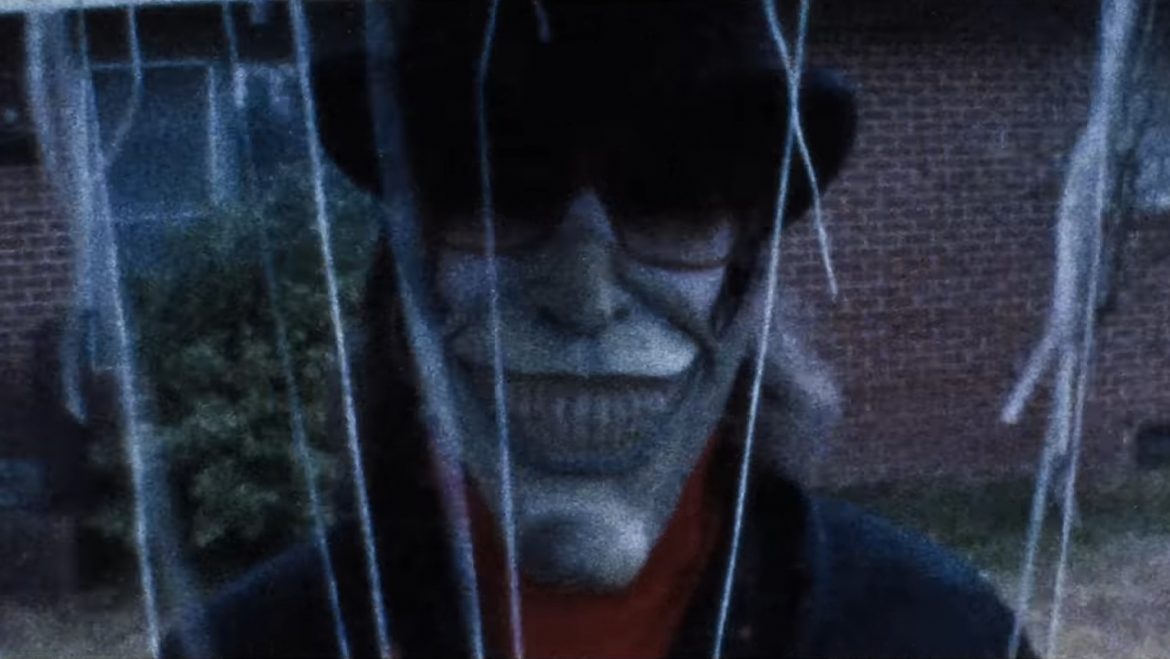 The road to The Black Phone hitting theaters has been a peculiar one, to say the least. Filmmaker Scott Derrickson, best known for chillers such as 2012’s Sinister and the 2016 Marvel film Doctor Strange, was gearing up to direct the sequel to the latter. Ever elusive “creative differences” got in the way, leading to Derrickson departing Doctor Strange in the Multiverse of Madness with frequent co-writer/collaborator C. Robert Cargill. The creative duo, with almost no hesitation, then set their eyes on a proper return to horror with an adaptation of Joe Hill’s short story “The Black Phone.” Backed by Blumhouse, The Black Phone earned rave reviews out of 2021’s Fantastic Fest, building up hype before its delay from a January slot to a February slot all the way to a June 24 domestic release date that stalled the train a bit. Now that its time has finally come, the question must be asked: was The Black Phone worth the wait? A good movie always is.

The Black Phone finds its setting in 1978 suburbia, Colorado. Siblings Finney (Mason Thames) and Gwen (Madeleine McGraw) live in fear of a mysterious figure known only as “The Grabber” who’s been linked to the disappearance of many children in the neighborhood. This fear becomes all the more real when Finney ends up captured by The Grabber (Ethan Hawke), and thrown in a basement with little other than a cot and a disconnected black phone. Much to Finney’s surprise, this phone allows him to communicate with the spirits of The Grabber’s previous victims, helping him plot his escape as time quickly runs out.

If there’s one thing The Black Phone has in spades it’s texture. Thanks to cinematographer Brett Jutkiewicz – who is hot off this year’s Scream and also currently shooting Scream 6 – the rich, grainy look of the film is as warm and nostalgic as it is ominous. Whereas a lot of horror films like to get to the fireworks factory as quickly as possible, Scott Derrickson really takes his time letting us get to know these kids as The Grabber lurks in the shadows. Derrickson and Cargill channel early period Stephen King in the unflinching depiction of youth. Madeleine McGraw is a real firecracker as the smart-ass sister who may or may not have psychic abilities. Mason Thames’ Finney is a more reserved character, detouring into introspection at any opportunity. There’s a sense that his role may be a bit of a missed opportunity to make him a more “iconic” or readily identified lead, but that restraint lets him serve as a bang-up audience surrogate of sorts.

The siblings deal with the casual cruelty of their fellow children, and while the fisticuffs of the time period’s bullies might seem outdated, the instability of their alcoholic father (Jeremy Davies) is something that a lot of people can unfortunately still relate to. Thankfully, so are the voices of kindness, such as de-facto guardian angel school tough Ryan Arellano (the terrific Miguel Cazarez Mora). There’s something hypnotic about living in this film’s world, perhaps because it presents it with great clarity and no judgment. Moreover, The Black Phone nails the hardest part of a movie like this: making the audience care about what’s happening before the story properly begins.

Once Finney is in the clutches of The Grabber, there’s no stopping the morbid spell of The Black Phone. Rather than building up some grand mystery or lore around the main villain, the flick keeps things vague all the way through, which makes it all the more terrifying. Scott Derrickson and Ethan Hawke put nothing but complete trust in each other to bring The Grabber to life. He’s a complete enigma, a series of contradictions; at once human and supernatural, containing a shattered psyche yet completely put together. Under his ever-shifting mask are motives no one can ever hope to parse. The Black Phone provides no greater visual metaphor for what The Grabber represents than an early kidnapping scene, where his van pulls up, the screen slowly fading to black as his silhouette steps out. He’s the great terrifying unknown. The second you think you can sort of make out what he is, you’re consumed in his darkness. One thing is clear, however: he must be escaped.

The Black Phone keeps up a perfect pace as Finney tries his best to escape his imprisonment. Scott Derrickson and co. make the most out of every attempt to flee, every conversation, every moment of despondency. It’s all so compelling that it’s hard to notice the dominoes that the narrative is setting up. Gwen’s storyline runs parallel to Finney, as she starts to tap into her own powers to help find him. This is not a set-piece-centric horror. This is a decadent slow-burn, building towards a conclusion that’s well worth the wait. And by the time all the dominoes fall, it feels like a magic trick. Perhaps the greatest trick of all is that during the film’s whole runtime, Derrickson, Cargill, and their very talented cast and crew have managed to tell a coming-of-age story where all the external conflict is supplemental to the development of two siblings finding their independence from a cruel world.

In other words, The Black Phone is a fully realized project. What the film lacks in overt shock or a breakneck pace, it makes up for by confidently seeing its vision to the finish line. What we have here is a filmmaker, who started off in a genre once considered to be of a lower quality, making his way into the studio blockbuster machine to only come back with a total love letter to the power of horror storytelling. The Black Phone isn’t just the best film Scott Derrickson has made thus far… it’s a larger testament to the kind of humanity and imagination that can come out of modern horror.