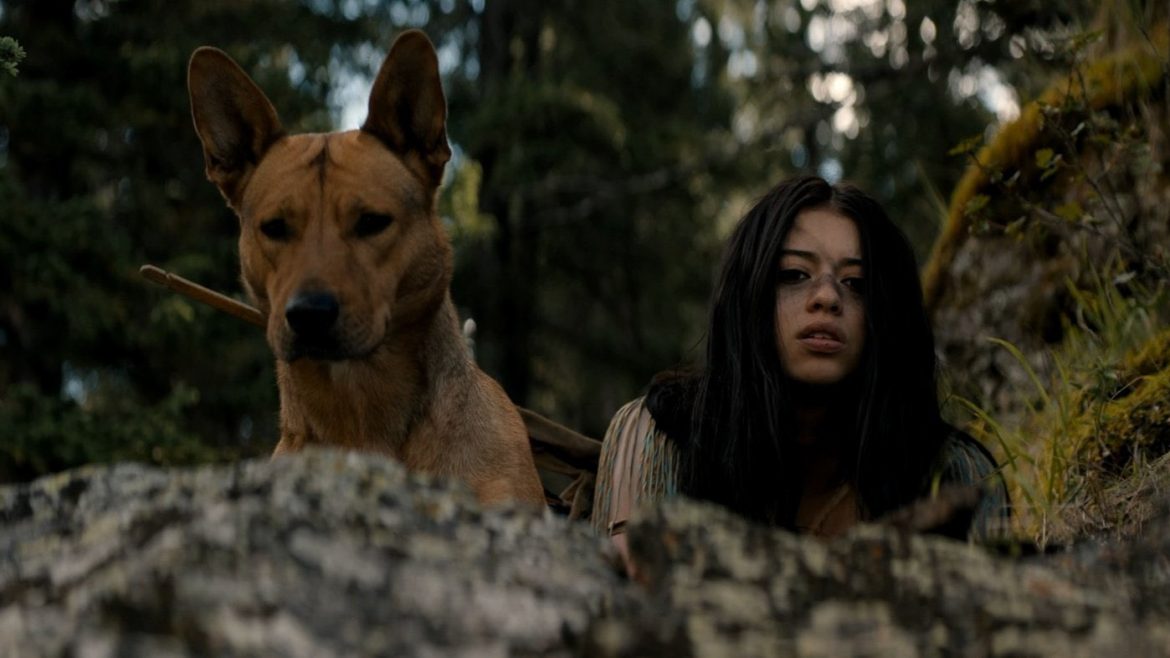 The Predator franchise has been going on for over three decades now, with various sequels and spin-offs from different filmmakers and star ensembles each leaving their own stamp. Prey, the fifth main entry in the series and a prequel in the sense that it’s set centuries in the past, is quickly rising to become a fan-favorite thanks to thrilling action from 10 Cloverfield Lane director Dan Trachtenberg and a powerful lead performance from Amber Midthunder. Yet, the true standout of Prey ends up being neither human nor alien hunter, but the faithful dog companion to Midthunder’s lead character Naru.

Always by her side, Sarii is a smart and fast Carolina dog that assists Naru in her hunts and even her weapons training. When our new Feral Predator arrives near the Comanche tribe that Naru calls home, the young warrior is faced with the greatest trial of her life as she defends her people from the extraterrestrial threat. Throughout her harrowing journey, Sarii remains steadfast and not merely just helpful, but essential in ensuring victory for their human companion.

In a recent press conference for Prey, Amber Midthunder shared her love for her furry and energetic co-star while Trachtenberg discussed the difficulties and rewards of working with one of the most complicated types of stars in Hollywood: live animals. “I love that dog with my whole heart and soul,” says Midthunder. “This dog, I don’t know where she came from. They got her like two months before this movie, and she had so much energy.” One of the biggest questions you might have on your mind after watching Prey will be the dog’s real name, and you’ll be glad to know that it’s Coco according to Midthunder.

Amber Midthunder went on to describe what it was like to have an animal companion on set the whole time. “So much of Coco being around was her running wild, doing laps, and being just so excited to see everybody all the time.” Midthunder couldn’t have been happier to have such a loveable co-star by her side in what is arguably her biggest starring role yet. “For me, personally, she was a dream,” she proclaims. Of course, taming such a dog star wasn’t easy, especially when Sarii does so much in the story of Prey. That’s where Dan Trachtenberg came in, as Midthunder states, “the character of Sarii is very different from the character of Coco, and that shows what a good filmmaker Dan is. He made a dog a really good actor.”

Trachtenberg in the “Doghouse”

“It was a huge difference, the making of the movie and the watching of the movie,” Trachtenberg adds. During the actual filming of Prey, Trachtenberg reveals that their main focus was “How do we get Coco out of this scene? How can we shoot her and get her away?” However, that drastically changed in the editing phase. “As we were developing [Prey] or showing cuts to friends and family, everyone was like, more dog,” Trachtenberg admits. Though, according to the director himself, his initial response to these requests wasn’t so accepting. “I’m like, you don’t understand, we can’t. We are using every usable frame of this dog!”

But the people demanded more Sarii, even if it was against Trachtenberg’s will at first. The filmmaker states that, originally, “there was not one extra frame that had the dog doing what it was supposed to do.” The whole team had to eventually cave to the challenge, and even if it was easier said than done, having Sarii more in the film obviously paid off in the end. “It’s a dog that we believe is accurate to the time, Carolina dogs they’re called, and it’s not like they’ve been training this dog for years like they do most movie dogs, you know?” Trachtenberg says when bringing up the logistics of utilizing Sarii more in Prey. Although, having a dog come go toe to toe with the new Feral Predator isn’t that far-fetched when 2010’s Predators already introduced alien hounds and when the Upgrade Predator was even bested with the help of a child in 2018’s The Predator.

The True MVP of Prey

“It worked out, thankfully,” Trachtenberg declared with a sigh of relief. Much of Prey works so well thanks to its humanization of Midthunder’s leading Comanche warrior Naru, and her loyal dog Sarii plays a notable role in this presentation. It’s a key element that’s been arguably missing from the Predator series for some time, only really coming close a few times across the 35 years since the release of the 1987 original. You’ll be hearing a lot more talk about the dog companion in Prey as more people tune in on Hulu, and Disney+ internationally, not only because, yes, Sarii is indeed a good girl, but it speaks more to how this film was able to establish more memorable characters than before. This is no small part thanks to the work of Dan Trachtenberg, Amber Midthunder, and the just happy to be there Coco.

Prey is now streaming on Hulu

Read Next: Amber Midthunder Details Her Own Physical Stunts on Prey