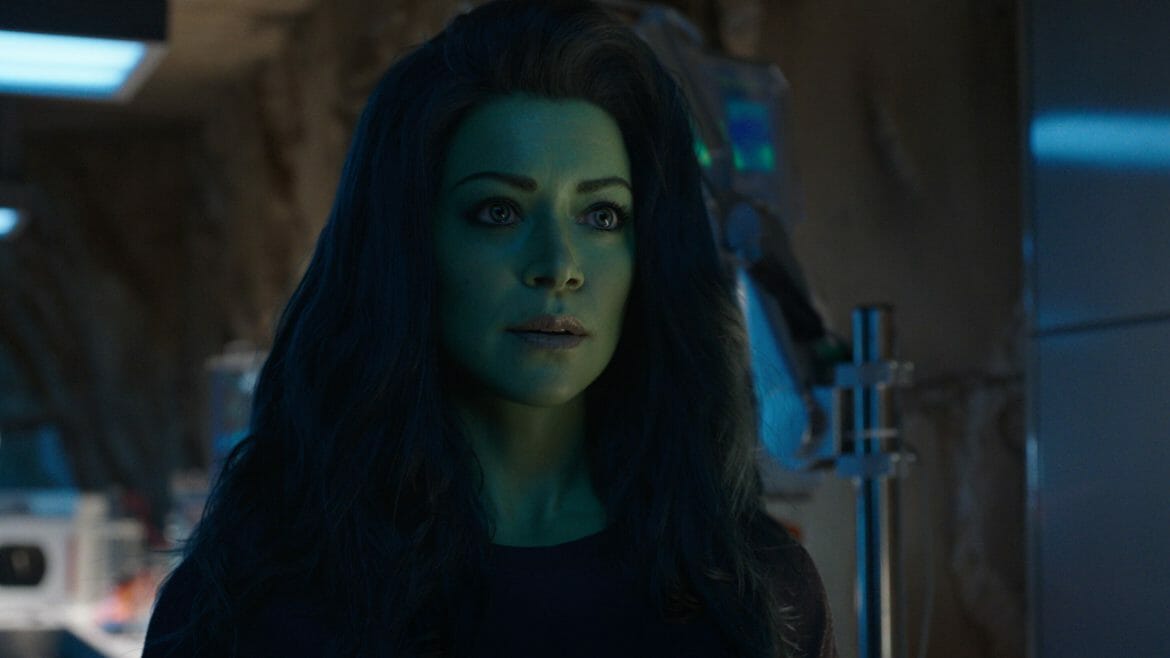 Marvel Studios set quite the precedent when Iron Man was first released back in 2008. Now, with 29 films and 8 shows under their belt, Marvel has developed an almost magical ability to elevate a performer into stardom and even establish them as a household name. As exciting as this prospect may be, taking on an action-packed Marvel project is a significant commitment not only in terms of the preparation and training that comes prior to stepping on set but it’s also a job that will likely span for years to come. So what’s it exactly like to step into the Marvel Cinematic Universe in this day and age? Orphan Black breakout Tatiana Maslany has just the answer with She-Hulk: Attorney at Law.

During the official press conference leading up to the release of She-Hulk: Attorney at Law, Tatiana Maslany gave a peak of what her transition into the world’s largest franchise has been like. When asked what made the title character relatable enough to join the project, Maslany reveals that “it was actually her conflict and her resistance to it that I found most interesting.” The duality of Jennifer Walters as a crime fighter also came up, Maslany citing that “she’s worked so hard to be a lawyer and has to constantly prove herself, and then when this [tansformation] happens to her, she has to contend with a whole other perception being placed on top of her as well as the societal expectations of who she should be.”

Tatiana Maslany explains that although Jennifer Walters is a newfound superhero, she still deals with the human struggle of coming to terms with how others perceive her externally. “To navigate those two versions and the outside perception of her, that to me was super interesting,” Maslany states. The concept may have been strong from the get-go, but the team behind the series had to of course make this commitment worthy for her on the pages of the script as well. Maslany details her first impressions of reading the script for the very first episode; “When I read the pilot, I wanted so badly to audition for this because it’s so funny, mundane, and small in a way. I’ve always dreamed of watching a superhero show that had those in-between moments.”

A Woman in Control

The inspirations behind the duality of the Incredible Hulk in the comics go as far back as the 19th century when Robert Louis Stevenson released his novella Strange Case of Dr. Jekyll and Mr. Hyde. Over the course of his appearances in six MCU films, Bruce Banner and the Hulk have been on quite the journey to find some kind of middle ground, resulting in the introduction of “Smart Hulk” in Marvel’s most financially successful feature to date, Avengers: Endgame. Jennifer Walters’ relation to her Hulk transformation is much different on the other hand, and She-Hulk: Attorney at Law uses that vast difference to its advantage.

Jennifer Walters does not have to jump over nearly as many hurdles as her cousin Bruce does in order to Hulk out. Maslany notes that from the outset, Walters is completely different in her Hulk form, saying that “there’s something about She Hulk’s awareness where she’s able to go from being Jen to She-Hulk with seamlessness, her consciousness stays the same”. This element of her characterization goes hand in hand with the style of the show and its sense of humor; “She’s aware of the audience, it feels like it’s her superpower engaged with the meta element of the comedy.  It’s like an extension of her superpower.”

Working with a Veteran Hulk

Who better to be by your side in your journey to becoming She-Hulk than the Hulk himself? Marvel veteran Mark Ruffalo and Tatiana Maslany have fantastic chemistry as cousins on screen, the fun they had on set is evident even through their fictional characters. In terms of Jennifer Walters’ origin story, getting into an accident together with Bruce is what leads to the creation of She-Hulk. The first episode of the show observes Bruce teaching Jennifer the ways of being a Hulk, but after over a decade of playing the part, did Ruffalo have any advice for his new scene partner? Tatiana Maslany says that while he didn’t want to infringe with specific advice, “Mark was just so open to whatever my process was with coming to She-Hulk, he never was prescriptive.”

After playing Bruce Banner for so long, Mark Ruffalo was bound to create his own unique process of getting into character. Tatiana Maslany recalls a time on set when “he was lying down outside as Bruce and would wake up as Hulk.” She shares that “he truly would just go from a lying down position to suddenly standing – it looked incompletely inhuman.” Her final joking remark was her realization, “Oh, this is what 10 years of playing and physically embodying this character does.”

Catch new episodes of She-Hulk: Attorney at Law every Wednesday on Disney+!