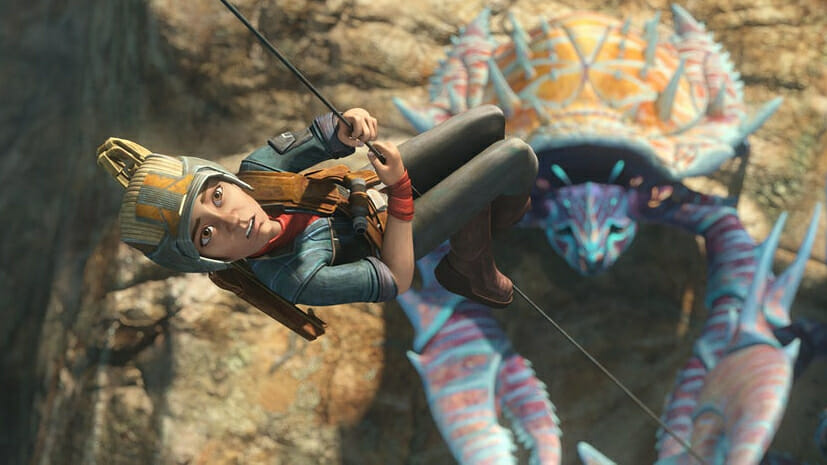 January 2023 is looking like a fine month for Disney+. In the incoming weeks, subscribers will be able to follow new episodes of ongoing Disney+ originals like National Treasure: Edge of History as well as the lead-up to the season one finale of Willow. Meanwhile, Star Wars: The Bad Batch also breaks its way in with its season 2 premiere. 2023 is expected to be an exciting year for Star Wars on Disney+, with The Mandalorian Season 3, Ahsoka, and Star Wars: Skeleton Crew all slated to release. These latest adventures with the Bad Batch clones are just the first appetizers for Disney+ subscribers in the new year.

Moreover, January 2023 is bringing a jam-packed list of documentary programs to Disney+. Animal lovers can dive into new episodes/premieres of National Geographic shows like Magic of Disney’s Animal Kingdom, Strangest Bird Alive, Secret Life of Predators, Night Stalkers, Ocean’s Breathe, and Sharkatraz. Dinosaur aficionados can sink their teeth into T. Rex Autopsy, which will take viewers into the makeshift body of a full-size Tyrannosaurus Rex for the first time in an attempt to unravel more about the 65-million-year-old monster’s lifestyle. Looking for a wider variety of documentaries? Then Lost Treasures of Egypt, American Blackout, and Hacking the System should do the trick.

Read on for more on our monthly recs and then check out the full list of everything coming to Disney+ in January 2023! You can also find what just got added and what’s about to be removed from HBO Max and Netflix right here on DiscussingFilm.

Everyone’s favorite elite clone squadron is back and ready for more action. As Hunter, Tech, Wrecker, Echo, and the young Omega continue to escape the clutches of the Empire and their former teammate Crosshairs, new opportunities arise in a galaxy that is still trying to adjust to imperial rule. The Bad Batch continues to serve justice wherever they can, but they’re now starting to realize that they need some kind of endgame for themselves as they can’t go on running forever.

This survival goal leads them to riskier missions in season 2, and some unlucky confrontations with old and familiar faces. Just based on the trailer, fans will get to once again see well-known clone characters like Commander Cody and Captain Rex as well as some other deep-cut Star Wars characters, like the young Wookie Jedi Gungi who first appeared in The Clone Wars. Of course, viewers wouldn’t truly feel the wrath of the Galactic Empire if Emperor Palpatine didn’t pop in too. Star Wars fans who haven’t already jumped on The Bad Batch bandwagon need no other excuse than to witness clone voice actor Dee Bradley Baker carry an entire series almost by himself!

Disney+ will be the new home of the Turkish animated film King Shakir Recycle in the United States in January 2023. Many readers in the U.S. might not be familiar with this title at all, but this film actually stems from the first local series of Cartoon Network Turkey, King Shakir. The cartoon follows a city of anthropomorphic animals and one family of cats and lions as they explore themes of environmental and cultural development, teaching the youth valuable messages on subjects like climate action, responsible consumption, and gender equality. King Shakir has already reached audiences in more than 20 countries in various languages across North Africa, the Middle East, and Europe.

King Shakir Recycle sees the main group of animal characters fight back an alien invasion after Earth’s scientists have shot all of the planet’s pollution into space. The film has already debuted on Disney+ in other countries, yet it has never been this accessible to American audiences. King Shakir Recycle might be a bit of an odd Disney+ recommendation for January 2023, however, such a popular animated international program reaching the states should never be overlooked, and who knows, this title could very well resonate strongly with young audiences watching in the U.S.