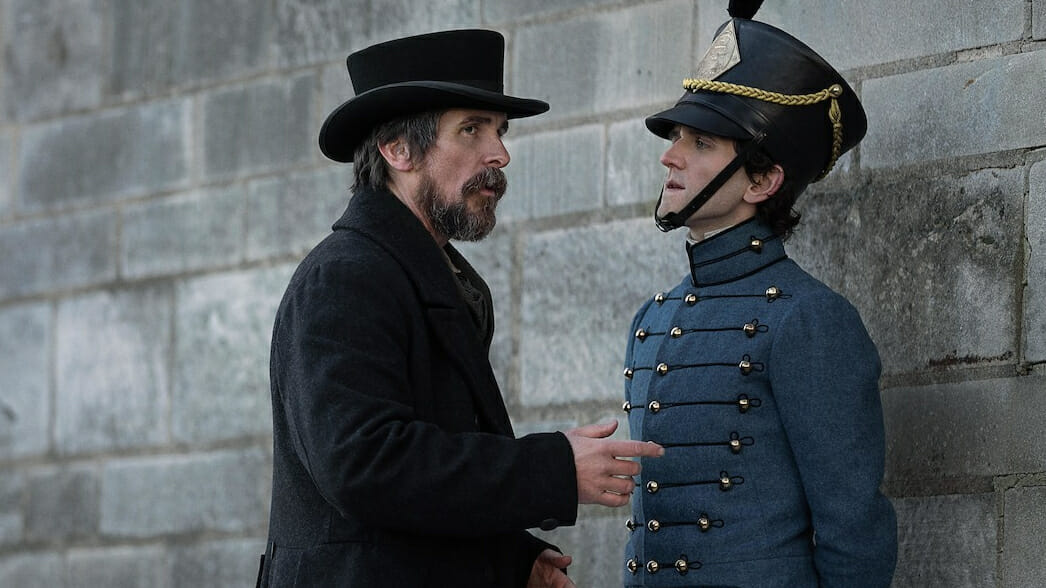 Out of all the child stars to come from the Harry Potter franchise, Harry Melling has carved a particularly captivating corner for himself in his post-Hogwarts career. Then again, Melling was always an outlier among the young cast anyway, never actually setting foot in the magical school during his continuous performances as Harry’s terror of a cousin Dudley Dursley. That may be part of what’s helped the English actor more easily move on from the spoiled bully character to a series of rich performances in works from some of the most acclaimed filmmakers working today. Harry Melling’s uphill streak now continues with his unique portrayal of Edgar Allen Poe in Netflix’s The Pale Blue Eye, and just like all his other roles, there’s more boiling under the surface here.

In just the past decade, Melling has had starring roles both onscreen and onstage in adventure dramas like The Lost City of Z from James Gray, surreal Westerns like The Ballad of Buster Scruggs from the Coen Brothers, actions spectacles like The Old Guard from Gina Prince-Bythewood, coming-of-age phenomena like The Queen’s Gambit on Netflix, and more than a few Shakespeare adaptations. With such a wide variety of characters, genres, and styles already under his belt, he’s proven himself to be one of the most adaptive and underrated actors of his generation – and one who appears to only just be warming up.

Based on the historical fiction novel of the same name by author Louis Bayard, The Pale Blue Eye sees Harry Melling as none other than a young version of literary icon Edgar Allan Poe in the year 1830 as he attempts to solve a murder alongside world-weary local detective Augustus Landor, played by Christian Bale. Directed and adapted by Scott Cooper (Antlers, Hostiles), this Netflix original is a brilliantly poetic and increasingly rewarding gothic murder mystery that deserves multiple viewings.

While there have been many takes on Poe and his life throughout the decades, Cooper’s film explores the future master of the macabre in his early misfit days as an eccentric cadet at the United States Military Academy in West Point, New York – still seeking a form of identity and yet to experience the true darkness that life had to offer him. Melling and Bale are joined by an impressive supporting cast made up of Gillian Anderson, Toby Jones, Lucy Boynton, Timothy Spall, Charlotte Gainsbourg, Simon McBurney, Harry Lawtey, and Robert Duvall.

In honor of The Pale Blue Eye reaching its Netflix debut, we sat down with Harry Melling to discuss how he found his distinct interpretation of the classic poet, the compelling language that most of his powerhouse roles seem to possess, and which other historical figures he would like his interpretation of Edgar Allen Poe to team up in a detective thriller.

There are obviously countless versions of Edgar Allan Poe throughout media and entertainment, not just as a historical figure but kind of as a character in his own right. How did you go about finding your own interpretation?

Harry Melling: I think you’re right. I think there’s a lot of baggage that comes when people say Edgar Allan Poe, they have an idea of who the man is. And one of the things that Scott’s script was certainly doing was challenging that notion. So things that I found very useful in terms of my research, which I did when I knew I was going to do it, was this sense that he had no real feeling of belonging anywhere.

He was quite awkward. He tried to fit in every environment that he found himself in. And that was the hook when revisiting the script and trying to work out, “Okay, why is he deciding to do a poem at this point? What is he trying to do? Who’s he trying to impress?” And certainly having that psychological understanding living underneath those early moments was really useful. Then as the film progresses, hopefully, we lean more toward the darker, gloomier, and more somber persona that everyone will think of. So that was the challenge.

What was your familiarity with Poe beforehand? Were you very fond of his work already?

Harry Melling: I knew that he was an American icon in terms of the literary world. Weirdly, there was a Simpsons episode, where they – do you know, the one? That everyone talks about? “Oh, The Simpsons episode with Edgar Allan Poe!” That was also a reference point when I heard that name being put out. So, again, much like everyone else, I had this very clear idea of this, you know, very dark, gloomy raven-on-the-shoulder kind of figure. But my research revealed something else to me.

What I love so much about this – I’m sure you’ve heard this a million times already – but seeing you in the Coen Brothers’ Ballad of Buster Scruggs segment was just phenomenal. You get the opportunity to really deliver some beautiful poetry, there’s some Bible verses, some Shakespeare. You’ve done Shakespeare throughout your career on film and on stage. In The Pale Blue Eye, the dialogue also has this very poetic cadence to it, which I love. Are you just drawn to that kind of writing?

That was something I really wanted to tap into and work out, if I’d be able to make him both the smartest and silliest person in the room at any given time. I think it’s just a coincidence that, in terms of language, it’s both living in a heightened world. I mean, who knows? I think the reason why I choose [roles] is just reading the script and thinking if I have anything to offer to the story. It’s not necessarily anything other than that, to be honest.

This is definitely a film also that would really benefit from at least one more watch, essentially.

I feel like it’d be a completely different experience, knowing what you know by the end. With the characters hiding, not just evidence or clues, but also their true natures. What kind of discussions did you have with Scott Cooper on getting across those kinds of unspoken truths of your character?

Harry Melling: No one is who they seem in this film, I think it’s fair to say. Everyone’s performing on some level. I think with Poe, it’s very overt because it’s quite clear that he’s in performance mode for a lot of it, certainly in the early stuff. But everyone is quite shady in terms of what they’re doing and what they want. Certainly while reading the script, I found that fascinating. In terms of discussions, Scott has this amazing ability to not really over-discuss scenes before turning up and doing them. It’s more so we just put it on its feet and see what happens.

I always love that way of working because sometimes when you talk about stuff for too long, you go, “Oh, no, now, I have to do it!” and sometimes it might not work in that environment. So I quite like the idea that we just see what happens in the room and take it from there. Scott will guide us in terms of maybe this way, maybe that way.

Obviously, Scott Cooper is not someone to go for sequels or a franchise or anything like that. But just as a hypothetical, if they were to sell off the rights to this thing and we took Edgar Allan Poe and had him solving different murder mysteries, would you want to add any other historical figures to assist you in an increasingly ridiculous franchise?

Harry Melling: Yeah, good question! I don’t know. I mean, it’s so interesting that Poe was – he invented the detective story. And I know that Sherlock Holmes was very much an offshoot for Arthur Conan Doyle, with the whole detective story thing. I know that he was obsessed with Poe. So maybe Sherlock Holmes and Poe might be an interesting combination of a detective pairing? Maybe Watson is somewhere on the periphery of that, maybe that might work!

This film certainly made me think of the Sherlock/Watson dynamic even though your character and Christian Bale’s are very different. There’s still that push and pull between the two.

Harry Melling: Absolutely. The idea is that they’re both so different, but at the same time, they both share such similarities in terms of, for Poe and Landor, certainly them both being outsiders.

The Pale Blue Eye is now streaming only on Netflix!