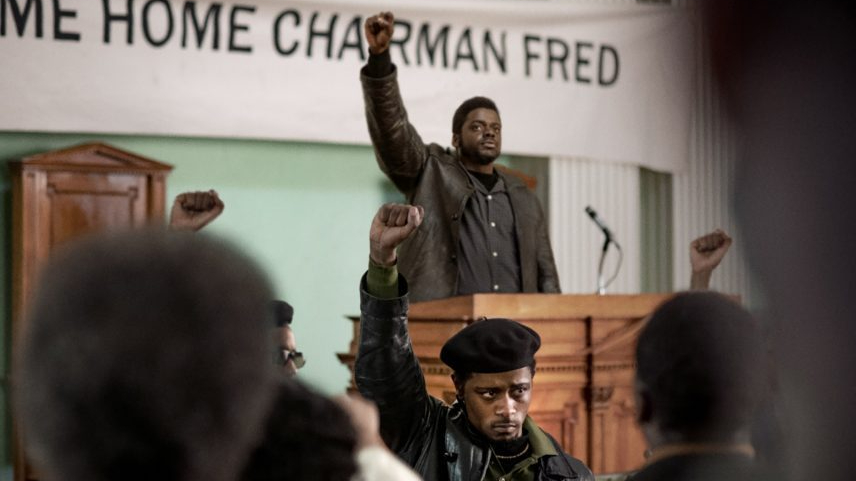 February is another pivotal month for HBO Max. The streaming service recently surpassed 17.2 million subscribers, which isn’t even close to the number Netflix and Disney+ boast, but this is looking to change in the incoming year. More and more movies are shifting their theatrical release dates to later in 2021, and some even in 2022. Meanwhile, HBO Max is sitting nicely not having to worry about that. The last few weeks have seen a great marketing push for Warner Bros.’ tent pole films coming to streaming; January already brought Denzel Washington’s The Little Things and February has even more in store.

At the height of the 2021 awards season, HBO Max is bringing Judas and the Black Messiah to people’s homes. A tragic historical piece brought to life by a powerhouse cast – closed theaters cannot prevent moviegoers from seeing this at all costs. Another film from Warner Bros.’ theatrical slate, Tom & Jerry will surely reach a family audience in similar ways that Soul previously did on Disney+. The first few months of the year are typically a slow time for movie releases, but this isn’t looking to be the same in 2021. People everywhere are starved of the theatrical experience and HBO Max is looking to fill in this void in ways other streaming services simply cannot consistently provide. The ongoing pandemic is far from over, and those who initially thought of HBO Max’s blockbuster plan to be insane… are starting to change their minds.

Read more on our recommendations and see the whole list of everything coming to and leaving HBO Max in February below. See what’s also slated Netflix and Hulu!

Judas and the Black Messiah

One of the must-see films of February without a doubt, Judas and the Black Messiah is a serious award contender for HBO Max. With incredible buzz and a Sundance 2021 premiere on the way, Judas is looking to even give Netflix’s contenders (such as Mank and The Trial of the Chicago 7) a run for their money. Directed, produced, and co-written by Shaka King, the film follows the true story of William O’Neal (Lakeith Stanfield) – a former criminal who agrees to infiltrate the Black Panther Party of the 1960s on behalf of the FBI. The target: famed activist and party chairman Fred Hampton (Daniel Kaluuya). The two leading men are joined by Jesse Plemons, Dominique Fishback, and Ashton Sanders. Also produced by Ryan Coogler, subscribers would be mad to skip this out. Judas and the Black Messiah premieres February 12 on HBO Max and in theaters.

Arguably the most iconic cartoon duo of all time, Tom and Jerry were supposed to finally get their due on the big screen, but the simultaneous HBO Max release will have to do. This isn’t to sound negative, the streaming release of Soul brought immense wonder to families stuck at home and Warner Bros. is hoping this does the same. In the same vein of classics like Who Framed Roger Rabbit? and Space Jam, Tom & Jerry is a live-action/animated hybrid. The elephant in the room: the two aren’t really in their original form. This film is using 3-D animation to bring the characters to life, and many fans have already pointed out how different it looks from the norm. When they also get to hang with Chloë Grace Moretz and Michael Peña in the fanciest New York hotel, things feel even more different. By adhering to the duo’s traditional cat and mouse hi-jinks, will it stick the landing? Find out on February 26.

Earwig and the Witch

Speaking of diverging the norm with 3-D animation, Earwig and the Witch is another HBO Max release for the family with great potential. Based on the book of the same name, the story follows an orphan who discovers a world of magic tracing all the way back to her roots. This is the first 3-D animated film for the Studio Ghibli, the Japanese house responsible for a long list of timeless hits, including My Neighbor Totoro, Spirited Away, and Howl’s Moving Castle. Anyone familiar with these works can understand why a Ghibli adventure told through 3-D animation is a big deal. But similar to Tom & Jerry, this can either be huge with young audiences or miss the mark for a variety of reasons. Fans will know sooner than later for Earwig and the Witch premieres February 5 on HBO Max.

Just like Wonder Woman 1984, Denzel Washington’s The Little Things will be leaving HBO Max after one month of streaming exclusivity. Other notable leaving titles include The Conjuring, Us, and Doctor Sleep. It feels kind of ridiculous to see such films leave since the connections with Warner Bros., but alas these complications come with the sheer nature of the streaming world. Check out what else is leaving HBO Max in February below.