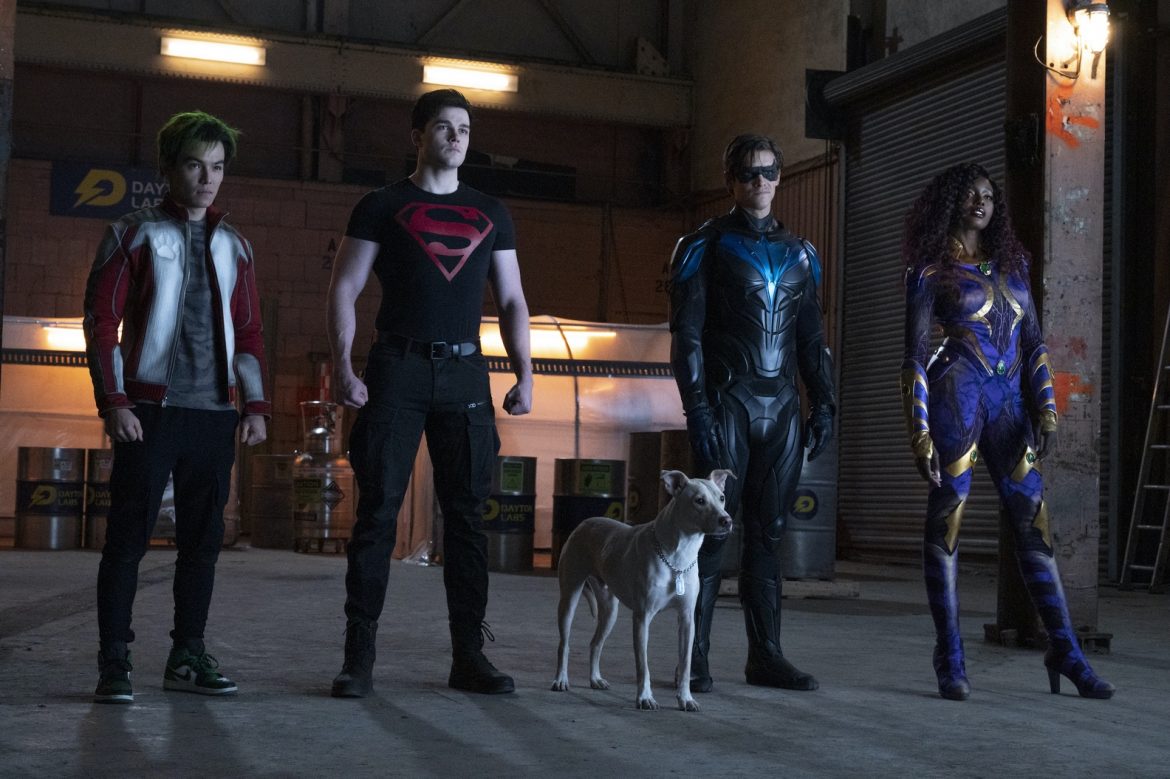 For years, DC’s Titans has been ridiculed for its handling of the iconic superhero team by thousands of people, targeting its terrible and incredibly messy story, overcrowded cast, and all-around poorly made style. Now, after an extended break due to the pandemic, and on a new home in HBO Max, Titans is back, and in a shocking but welcome turn of events, it’s actually good. Really good.

Season 3 of Titans kicks right off with the team finally working together. For the last two seasons, fans have begged to see the hugely popular group unite in battle, but have been met with constant arguing and break-ups in between. Now, the Titans are actually fighting crime at each other’s side, with their banter, chemistry, and unity all front and center, and it truly makes for a breath of fresh air. From the moment the Titans roll up to their new action set pieces, it feels like the show has been reborn. The characters finally feel like they’ve evolved into their comic counterparts, and the DC team we know is finally on the small screen for everyone to enjoy.

There is a noticeably different atmosphere among the characters, particularly among series lead Dick Grayson, portrayed by Brenton Thwaites. For the previous seasons, Dick has been a loner, always keeping secrets from his allies, refusing to lead, and constantly leaving them as well. Here, Dick has grown into the marvelous hero that’s been gracing the page for decades, full of humor, hope, and a much lighter feel, and Thwaites’ performance is all the better for it.

Titans does still suffer from a bit of an over-reliance on its protagonist, oftentimes making the series feel like the Nightwing show featuring the Titans. However, season 3 starts to take the necessary steps in giving the entire team the actually storylines they deserve. In only the first five episodes, a major plot for Starfire is introduced, Beast Boy’s own narrative path begins, Hawk and Dove get a surprisingly emotional arc, all the while the main story with everyone involved progresses. Each member of the Titans gets something to do, which can not be said for the show’s previous two seasons that frequently tossed aside characters like Beast Boy to give more screen time to Dick.

Impressively enough, the Titans are joined by new and welcome additions, the most important of which, at least in the show’s opening few episodes, is that of Commissioner Barbara Gordon, portrayed by Savannah Welch. Welch’s interpretation is a seasoned veteran, and she portrays the character with the wisdom that we would expect to see from a Commissioner Gordon, even if it’s not the same Gordon we’re used to. Welch and Thwaites share a large amount of screen time in the season’s opening episodes, and their chemistry perfectly portrays the feeling of two ex-lovers and friends who waged war together, and it’s extremely exciting to see the two of them in scenes with Iain Glen’s Bruce Wayne, even if it’s just the three sitting at dinner or discussing recent events.

Also joining the cast is Jay Lycurgo as the formidable Tim Drake, and although he has very little screen time in the first couple of episodes, only appearing for a few minutes in the premiere, Lycurgo embodies the character of Tim Drake from the comics with grace, bringing a youthful exuberance to the role that shines in his short time onscreen, and that will be sure to steal the show when he gets brought to the forefront.

Of course, no group of heroes is complete without a villain to face them, and the first big bad introduced is that of returning character Jason Todd, officially suited up as the Red Hood after two seasons of build-up, and Curran Walters steals the show as the biggest threat the Titans have ever faced. Walters has shown his acting chops in the previous seasons, but as a villain, he lets loose in a way we haven’t seen from any actor in the show yet, and it feels earned. Walters treads the line of going over-the-top, but manages to stay on the correct side, accurately portraying a broken hero determined to kill the people he once called friends. The fifth episode, specifically, puts the sole focus on Walters’ Jason Todd, with no other Titans appearing at all, and Walters knocks it out of the park in an emotional and strong performance as we see the hero turn into a monster unlike anything in the show so far. Getting to finally see Walters act alongside Iain Glen’s Bruce is also a treat, as they portray the strenuous and tense relationship between Bruce Wayne and Jason Todd from the comics superbly.

Red Hood is joined by Vincent Kartheiser’s Jonathan Crane, who plays a Hannibal Lecter-like role, as Dick recruits him to help stop the Red Hood. Kartheiser portrays the twisted doctor in an incredibly comic-accurate portrayal, managing to embody the Scarecrow without ever wearing the mask. The decision to make Crane a stoner in the series is certainly a strange one, but absolutely fits with this adaptation of the character. Last but not least, although she isn’t the focus of the opening five episodes, Damaris Lewis’ Blackfire shares great chemistry with Diop’s Starfire, and seeing where she goes this season, after being announced as the main villain, should make for an intriguing journey moving forward.

Titans will never be able to erase the fact that it delivered two lackluster opening seasons that failed to tell a well put-together and coherent story in every way. The only thing they could do to try and make up for that was to finally listen to the fans and deliver a show that honors the characters people know and love, and if season 3 continues on the road it takes in the first five episodes, it may very well redeem itself. With a strong narrative and well-written characters at the forefront, the rebirth of Titans on HBO Max is truly great. Let’s just hope they can stick the landing.