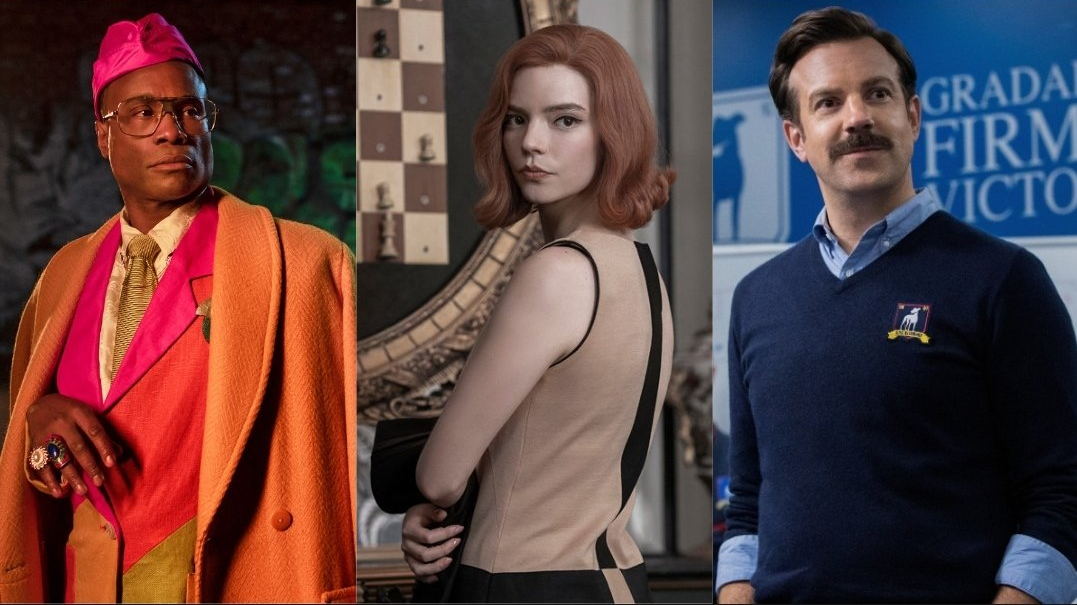 The 73rd Primetime Emmys are arriving on the heels of a year where global circumstances have resulted in an influx of small-screen content consumption from all around the world. In the midst of what many have been calling the “Golden Age of Television” with an impressive variety of shows that have impacted pop culture, 2021 is one of the most important yet. The competition going into the Emmys is high, with multiple programs (such as The Queen’s Gambit and Ted Lasso) already in the lead with huge wins from award bodies earlier in the year. But many other hit programs (like Mare of Eastown) have proved to dominate conversations as major threats, heating up the race further.

Find out who we believe will be walking away with gold in our final round of predictions for the 2021 Emmys! Editor Diego Andaluz accurately predicted over 80% of the final nominees and winners for the 2021 Oscars, will he be just as on point with the Emmys? Our predictions are ranked by most likely to win, followed by runner-up choices. You can also find the final winners for this year’s Oscars, Golden Globes, Critics Choice Awards, SAG Awards, BAFTAs, and MTV Awards right here on DiscussingFilm.

One of the more interesting groups of the night, the Limited Series section is rife with questions that will dictate the final results. Will The Queen’s Gambit continue its remarkable dominance? Can Mare Of Easttown’s buzz take it to the finish line? Will the lack of love for The Underground Railroad result in one of the best shows of the year going home empty-handed? But perhaps the biggest question of all is one that could change the landscape of the Emmys for years to come: Is WandaVision’s mainstream appeal strong enough to make a splash in the winners list?

While it might come close in other places (such as Directing), I currently foresee The Queen’s Gambit maintaining its dominance in categories like Actress, Writing, and the overall Limited Series prize. Moving on, we could see potential shakeups in quite a few other slots. Voters coalescing around Barry Jenkins to ensure a Best Director win for him would not be out of the norm, as well as a Best Actor win for Lin-Manuel Miranda being in the cards if enough voters see past the categorical murkiness that has plagued Hamilton‘s recent awards run.

1. The Queen’s Gambit
2. Wandavision
3. Mare of Easttown
4. I May Destroy You
5. The Underground Railroad

Direction For a Limited Series

Writing For a Limited Series or Movie

Lead Actor in a Limited Series or Movie

Lead Actress in a Limited Series or Movie

Supporting Actor in a Limited Series or Movie

Supporting Actress in a Limited Series or Movie

Although still somewhat cloudy, this year’s Drama category is marked by races that are far clearer than those in Limited Series. With clearly established frontrunners in the majority of the acting slots (The Crown’s Emma Corrin and Gillian Anderson, Lovecraft Country’s Michael K. Williams) as well as the overall Drama Series race, expect The Crown to emerge as the overall winner here.

However, the Lead Actor race reveals a far tighter contest than you might expect. Whereas Josh O’Connor has won here at the Golden Globes, Hollywood Critics, and Critics Choice Awards, I currently see Billy Porter’s iconic turn in the final season of POSE (which he has previously won in this category for) emerging victorious on Sunday night.

Lead Actor in a Drama Series

Lead Actress in a Drama Series

Supporting Actor in a Drama Series

Supporting Actress in a Drama Series

Fresh off a near clean sweep at the HCA TV Awards, Ted Lasso will enter the Emmys as the clear frontrunner in most categories in the Comedy section. Facing only slight competition from two HBO Max Originals (The Flight Attendant and Hacks), Ted Lasso stands as the likely winner in the overall Comedy Series, Lead Actor, Supporting Actor, and Supporting Actress races on Sunday night (with six nominations in supporting categories alone).

Yet, expect the two other aforementioned programs to battle it out in the Lead Actress race. While The Flight Attendant’s Kaley Cuoco could take home the gold, Jean Smart’s show-stopping performance in Hacks will likely edge her out to have her name called at the 2021 Emmys.

Lead Actor in a Comedy Series

Lead Actress in a Comedy Series

Supporting Actor in a Comedy Series

Supporting Actress in a Comedy Series