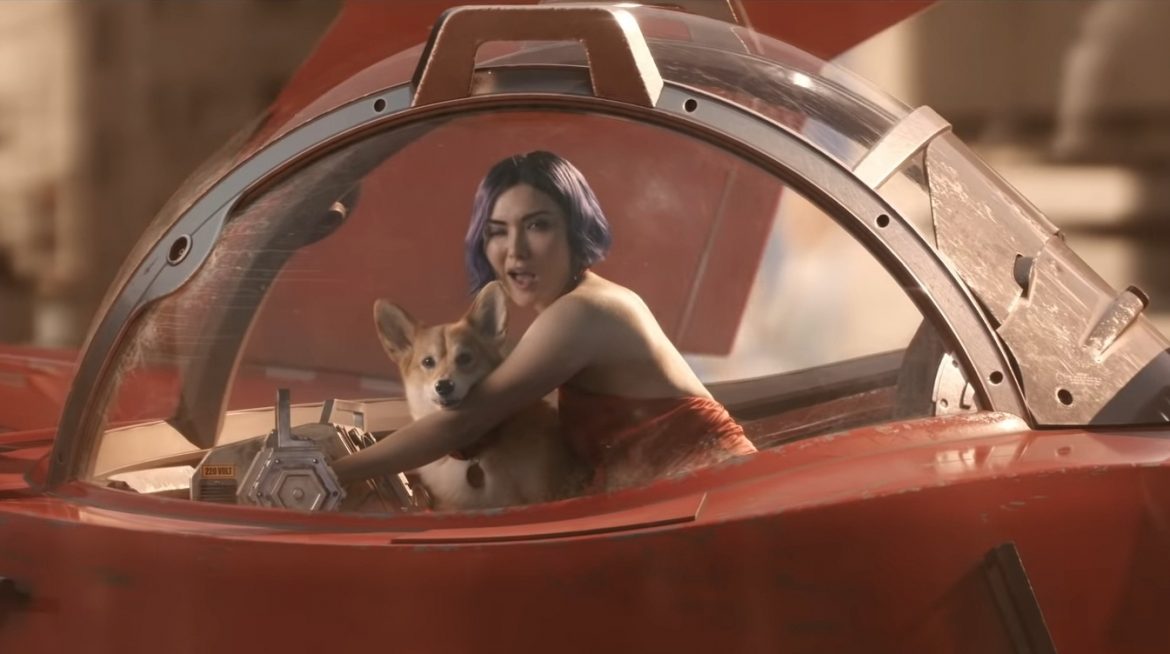 Netflix is offering some of the greatest variety of new content this November. From genre films to highly-anticipated fanfare to even some awards season hopefuls, Netflix has built a most impressive lineup. For starters, the talk of the town will surely be Red Notice, the new action-comedy starring Dwayne Johnson, Gal Gadot, and Ryan Reynolds. With the combined star power of 3 box office heavy hitters, the film is almost too big to fail (literally, as it’s been reported to be the most costly production in all of Netflix’s history). It should be interesting to see how this massive potential translates to streaming, and if Red Notice can break more records for an already monumental year for Netflix.

For those interested in more niche releases, a throwback Western in The Harder They Fall or modern Musical in tick, tick…BOOM! could do the trick. Both are the directorial debuts of famed musical artists, Jeymes Samuel and Lin-Manuel Miranda respectively, though they aren’t the only names nailing this accomplishment this month. Rebecca Hall’s Passing and Halle Berry’s Bruised are two other passion projects that mark the first time these well-known artists switch to the director’s chair for a feature. Each of these films may promise a different viewing experience, but they all push Netflix higher in upcoming awards conversations.

Goes without saying that this will also be a huge time for multiple fandoms. The live-action adaptation of Cowboy Bebop is destined to make waves along with the latest season of Big Mouth and part 2 of Kevin Smith’s Masters of the Universe: Revelation. Get more info on our monthly recs in addition to the entire list of everything coming to and leaving from Netflix in November 2021 below. What’s new and about to exit from Hulu, HBO Max and Disney+ can also be found right here on DiscussingFilm.

The Harder They Fall

The first directorial debut to make our recs, “The Harder They Fall is a classic Western powered by an eccentric story of love, redemption, and revenge – all coming together seamlessly.” British songwriter and producer Jeymes Samuel delivers an old-fashioned good time with his all-star cast; Idris Elba, Jonathan Majors, Regina King, Zazie Beetz, LaKeith Stanfield, Delroy Lindo – you frankly don’t need any more reasons to watch. The phenomenal soundtrack produced by Jay-Z is just the cherry on top.

Some might say that Passing is quite complex and even ambitious for a feature debut, but Rebecca Hall does the material right with a steady hand. Based on the 1929 novel of the same name, the film follows two mixed-race childhood friends who cross paths again as adults, only to discover that one has been passing as white with her light skin – basically living a lie married to a prejudiced white man. A story of race, class, and more importantly, forgiveness, is told through incredibly poignant performances from Tessa Thompson and Ruth Negga.

This long-awaited series surely needs no introduction by now. Starring John Cho, Mustafa Shakir, Daniella Pineda, and Corgi actors Charlie and Harry as Ein, this iteration of Cowboy Bebop is sticking as close to the iconic anime as possible. Netflix is hoping to strike every chord with dedicated fans, going as far as to bring back original composer Yoko Kanno to ensure the utmost cinematic quality. It’s got the style, tone, and rhythm down, but will it be enough to truly satisfy?

This musical will find no trouble drawing in fans from many different corners. Based on the semi-autobiographical musical of the same name by Jonathan Larson – the playwright who would go on to change Broadway itself with Rent – it feels somewhat poetic that Lin-Manuel Miranda gets to adapt this for the screen. He takes a major leap in tackling the role of a film director for the first time, although he seemingly has a lot of work cut out when Andrew Garfield is giving a performance as electrifying as this. Could this be the musical to finally land Miranda Oscar gold?

Our final rec packs a mighty punch. Bruised tells the tale of a disgraced female MMA fighter, one that finds the will to strap on the gloves once more when the child she gave up for adaptation as a baby re-enters her life. She must face all kinds of personal demons in the octagon in order to conquer her more literal opponent – the top-ranked fighter in her league. This sports drama has the potential to join recent all-time greats like Warrior and The Wrestler, and that would be thanks to Halle Berry who stars and directs.

Father Christmas Is Back – Netflix Film

Mariah Carey’s All I Want For Christmas Is You

14 Peaks: Nothing is Impossible – Netflix Documentary

The most notable titles leaving Netflix this November are all fan-favorite TV shows. Subscribers will have to say goodbye to multiple seasons of America’s Next Top Model, Survivor, Ink Master, and Glee among others. in terms of films, smaller gems such as Ryan Coogler’s Fruitvale Station and Jon Favreau’s Chef are must-sees. Million Dollar Baby will also be leaving, which should make a fantastic double feature with Halle Berry’s Bruised. Here’s everything leaving Netflix in November 2021.

Spy Kids: All the Time in the World