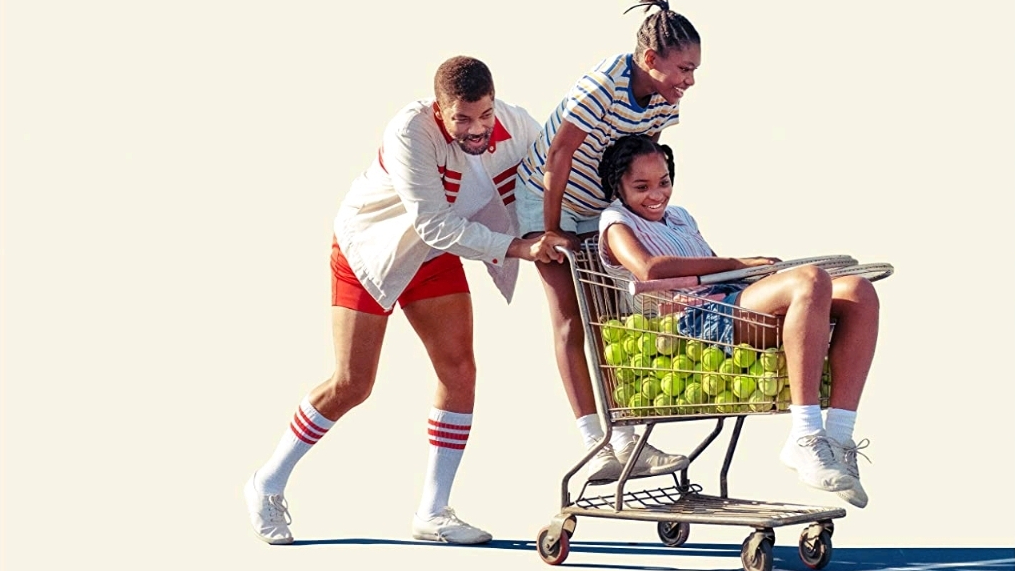 Hot off the heels of an incredible month in October, HBO max is changing its course this November. This latest batch of new arrivals may not include enormous blockbusters (just wait until The Matrix Resurrections in December), but they still carry their own unique flavor nonetheless. Specifically, as the incoming awards season kicks into high gear, Warner Bros. and HBO Max will be pushing King Richard on all fronts. Following the upbringing of Tennis icons Venus and Serena Williams under their father and personal coach, Richard Williams, King Richard has already been touted for Oscar glory, especially for Will Smith as lead actor.

Subscribers can look forward to plenty of more HBO Max original content this November. Aside from the season finales of Doom Patrol, Love Life, and Selena + Chef, the platform will be ushering in new shows such as The Sex Lives of College Girls, South Side, and the much-anticipated reboot of the 80s sitcom Head of Class, starring original cast member Robin Givens. Speaking of reboots, the second half of Gossip Girl‘s debut season will also be premiering. Fans of anime will be treated to new episodes of Rooster Teeth’s gen:LOCK this November as well – the first time this series will be released as an HBO Max original.

Dive into our recs for the month below along with the full list of everything coming to and leaving from HBO Max in November 2021. The latest arrivals and departures from Hulu, Disney+ and Netflix can also be found right here on DiscussingFilm.

King Richard is almost a sure contender for Warner Bros. this awards season. Directed by Reinaldo Marcus Green (Monsters and Men), this sports biopic takes a unique approach, choosing to focus on a family rather than a single person. The main subjects, sisters Venus and Serena Williams are well-known across the world as Tennis champions – even those who couldn’t care less about the sport recognize their names. However, their shared Tennis roots have never been explored like this before.

Richard Williams played by Will Smith, is at the forefront of this story, pushing his daughters to fame and glory. But how much can he really do when he blurs the crucial line between father and coach? If this doesn’t sound good already, King Richard features a new power ballad from Beyoncé titled “Be Alive” – a possible major threat for Best Original Song at the Oscars perhaps?

Produced by Michael B. Jordan and Rooster Teeth, gen:LOCK is back but this time as an HBO Max original. With the first season being released online, this streaming debut will give the show the larger audience it deserves. A fresh take on the mecha anime, this post-apocalyptic series stars Dakota Fanning, Maisie Williams, David Tennant, and, of course, Michael B. Jordan. The group of young mecha pilots are now thrown into a different kind of war, one that sees them questioning their own side as they’ve finally just learned how to work as a team at the end of last season. Now is the time to jump on gen:LOCK for those who haven’t already.

The Sex Lives of College Girls

The latest from Emmy-nominated writer and producer Mindy Kaling, The Sex Lives of College Girls has the potential to be the breakout comedy of the month. After finding success with Netflix’s Never Have I Ever, Kaling is re-teaming with writer Justin Noble. The two are aiming to bring a new kind of diverse perspective to HBO Max’s original library, and their track record proves that they are more than capable. The show follows the exploits of four freshman roommates who’ve just arrived at New England’s prestigious Essex College. Full of exciting, young talent, this is one original to keep an eye out for.

A Cinderella Story: Starstruck, 2021
Back on the Record with Bob Costas, Season Finale

The Killing of Kenneth Chamberlain, 2019

King Richard, Warner Bros. Film Premiere, 2021 (Only available on the $14.99/month Ad-Free plan. Streaming in the US only for a limited time. Available in 4K UHD, HDR10, Dolby Vision and Dolby Atmos in English only on supported devices.)

The list of films leaving HBO Max this November, unfortunately, includes some major blows. Firstly, subscribers will want to take advantage of watching Denis Villeneuve’s Dune until it expires after its one-month streaming exclusivity. The film won’t come back to the service until sometime next year. Funny enough, David Lynch’s Dune will also be leaving. Those interested should watch both renditions before it’s too late, only to get the full experience of course. DC favorite Birds of Prey will sadly be saying goodbye for now too, so get in those extra screenings while there’s still time. Other notable titles departing include Desperado, The King Of Staten Island, and True Romance. See everything leaving HBO Max in November below.