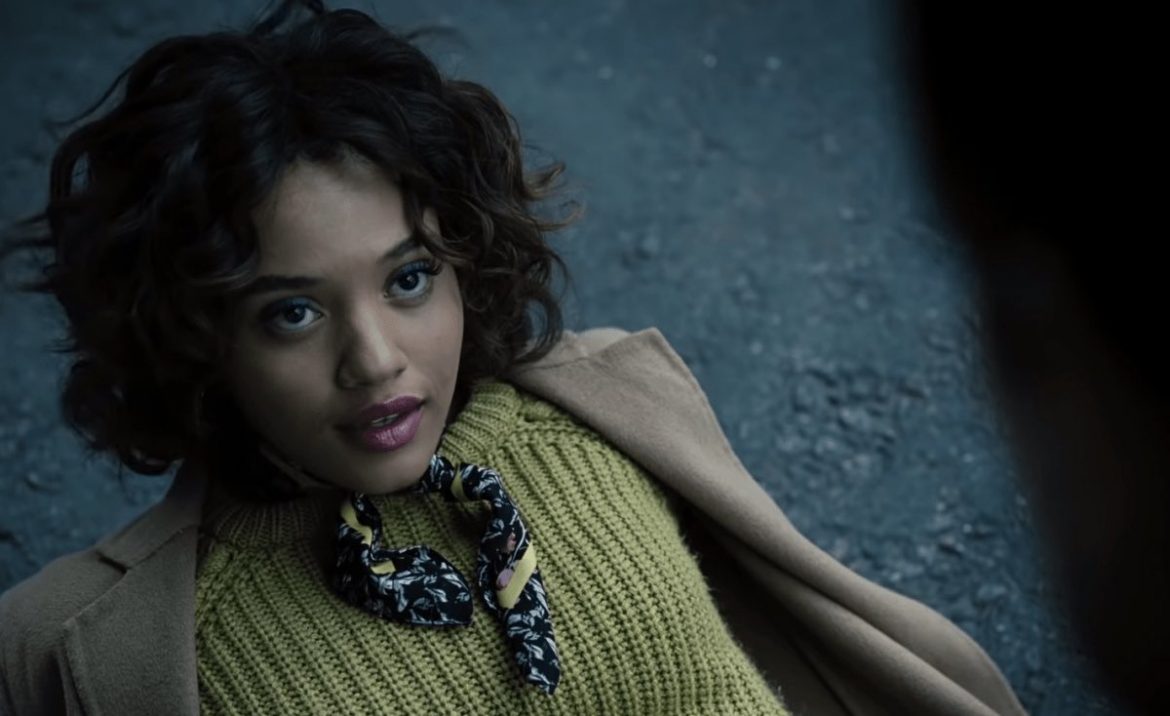 Perhaps one of the most exciting young actors working today, if you haven’t heard of Kiersey Clemons, you will soon. Known for her roles in, Dope, Sweetheart, Heart Breats Loud, and the “live action” remake of Lady and the Tramp, she’s dominated a number of genres and captively embodied each role. And she’s just getting started.

DiscussingFilm had the opportunity to speak with Clemons on her newest venture, voicing activist Derica in Fairfax, an animated show revolving around four middle schoolers in the midst of influencer clout-culture in LA. Also, we took a look ahead at Clemons’ future projects; Dave Franco and Alison Brie’s upcoming rom com and the long awaited Flash film in which she plays Iris West. Good graced, funny, and charming she thoughtfully addressed all our inquiries and hinted at exciting things to come.

Fairfax is a show specific to a certain culture in Los Angeles. You grew up in Southern California, so how did that help you relate to the show?

Kiersey Clemons: A lot because I’m very familiar with fashion in LA, street wear, the lines outside of the stores on Fairfax. I’ve been to Fairfax. I’m pretty sure I’ve stood in line with someone before. It really helps if you’re from Southern California, if you’re from LA or around LA.

The show is not only involved in the location, but also very current trends and attitudes specific to right now. So what did you find interesting about portraying that?

Kiersey Clemons: I think it’s the most interesting thing in the world. Gen Z is the most interesting thing in the world. I was so excited to portray someone that I totally was not when I was that age. I don’t think I lived in a world that even really allowed that. I know it’s an animation but it’s cathartic, in a sense, to shout from the rooftops what you believe in and who you are as Darica.

Speaking more about your character, all the characters are a little bit of an archetype. But what did you find compelling specifically about yours?

Kiersey Clemons: So many things. Derica is this embodiment of who we imagine to save the world. She references all of these people that are a part of Gen Z that are abolitionists, environmentalists, activists, and she’s a part of that group. She’s what we hope a president would look like. I don’t know. Yeah, she’s everything.

Do you think people like Derica will save the world?

Kiersey Clemons: I think so. She’s quite radical, and I think that we need radical to change the world. A lot of Gen Z is radical in a way that generations before maybe were not, unless we want to talk about civil rights. In terms of the planet and climate change, with the internet, it’s so much easier to spread the word and get more people on board and kind of normalize being radical because we should be in fits. We should. We don’t have a lot of time.

Shifting away from that aspect of your character specifically, and more focusing on the show as a whole. You’ve been involved in other coming of age projects. So how is Fairfax different from those?

Kiersey Clemons: Fairfax is different because it’s very modern. It’s about what’s happening right now, and it has to be a little bit ahead of the curve. We made the show last year, and since then, there’s new slang new words, new people, new influencers, how do you keep up? Whereas the other things that I’ve done have talked about the influence of the past. That’s definitely how Fairfax differs.

How do you like voice acting compared to traditional live acting?

Kiersey Clemons: It’s so different, I have to rely on my voice, and so it makes me use my voice in a different way. But I think that makes me a better actor, on stage or in live action.

With voice acting, you don’t traditionally get to be in the room with other people and like work off of them, but that’s so inherent to the show. Was that challenging?

Kiersey Clemons: It was but we did table reads. So, we got to have an idea at least where we were in the script and what it sounded like. You got an overview of it. After a while, once you see other people discover their character, it helps. I can imagine Skylar, Jaboukie, or Peter’s voice.

Speaking of live action, one of the particular projects that you’ve been involved with for quite a while is the upcoming Flash movie. What was your experience finally filming that?

Kiersey Clemons: It didn’t feel real. None of it. From the day I started to the day that I wrapped. Because we waited so long that I was like, “I’m not really here right now.” It felt very– it felt weird. I’m not gonna lie. It felt weird because it’s been a long time. Yeah. Iris has grown up and is a different version than what I may have had an idea of who she would be. It was just a discovery and it was really exciting.

I remember when that movie was announced. That’s how long I’ve been waiting for it.

Kiersey Clemons: Honestly, it’s been so long. I initially came on to the movie excited to work with who was the director at the time, but also excited to be in a superhero movie. Now, it’s less about the movie. I’m excited for Andy, who’s our director now, but now it’s more so, I’m excited for the people who are excited, and who have been commenting on my photos “Iris West” for five years. Like, are you joking? This is for them.

DC Fandome happened not too long ago, and that was the first time we saw real look at the film. So have you been keeping up with people’s reactions and feeling the hype, I guess?

Kiersey Clemons: Well, I’m not gonna lie. I’ve been filming and I’m a little distant from my phone when I’m filming. But it’s always there. I always feel it. And I’m not gonna lie. Sometimes I check in to see what people are saying on Twitter because it makes me feel good.

I don’t know if you want people to tweet directly at you, but I will hype you up.

That’s probably a more healthy approach to it, because Twitter’s just a lot. I hope you’ll follow DiscussingFilm from your fake account, that’s a little plug.

Kiersey Clemons: I’m not following anybody but I’m gonna think about that.

Alright, thank you. So, are you working right now on the rom com that you’re a part of?

I want to ask about it. I’m so excited, you never really see rom-coms anymore.

Kiersey Clemons: Love that. Shout out to Amazon, what’s up? They’re also making the rom-com. Yes. It’s called Somebody I Used to Know. Alison Brie and Dave Franco wrote it. Dave is directing, Alison’s obviously a producer, this is their movie and they invited me on last year. I feel like it all happened so fast, like 2020 ended and now we’re here making a movie. I wrapped yesterday. Did I say that? I wrapped yesterday. I didn’t want it to be over. We had so much fun. The cast was amazing. Jay Ellis plays my fiance. I don’t know what everyone knows about the movie, actually, but it’s fun. It’s a classic, grounded, funny, wedding weekend rom com, and I die for those. That’s my favorite type of hetero behavior. I love a rom com. I’m like, “Straight people rock.” And then I turn it off and I’m like, “Fuck straight people.” Except for Vince Vaughn. Give me that shit.

Kiersey Clemons: Yeah, I love that. I want Vince Vaughn, Cameron Diaz. I want all that.

Well, I think their rom-com era’s a little bit over, but you can usher in the new rom-com era.

Kiersey Clemons: That’s what I’m saying, that was the rom com era, right? I love it. I’ve talked about Matthew McConaughey a few times today and it’s really– I need to stop.

Kiersey Clemons: Ooh, my favorite rom-com would be… hmm. Honestly, a classic. This is a rom-com, right? Meet the Parents, Meet the Fockers.

I will consider that a rom-com.

Kiersey Clemons: 27 Dresses is your favorite?

I think it’s the entire, like, she doesn’t know that he’s a writer but there’s that secret earnestness, I think that’s what does it. Because one of my favorite movies is The Shop Around the Corner, which has like the same kind of… you know?

Kiersey Clemons: I don’t know why I like the movies I do. At least you have a reason.

I think about this a lot. You should you should write it down because you will discover things about yourself.

Kiersey Clemons: Ah, yeah, I think it says a lot. Probably a lot more than I want anyone to know.

Well, thank you for speaking with me today. I will go. I haven’t actually seen some of those rom coms, so I’ll take your recommendations. I’ll go watch them. I’ll enjoy them. I’ll see if they beat out 27 Dresses even though I’m sure they won’t.

Kiersey Clemons: You can have runner ups and thirds.

Yes, of course. So thank you, and good afternoon.