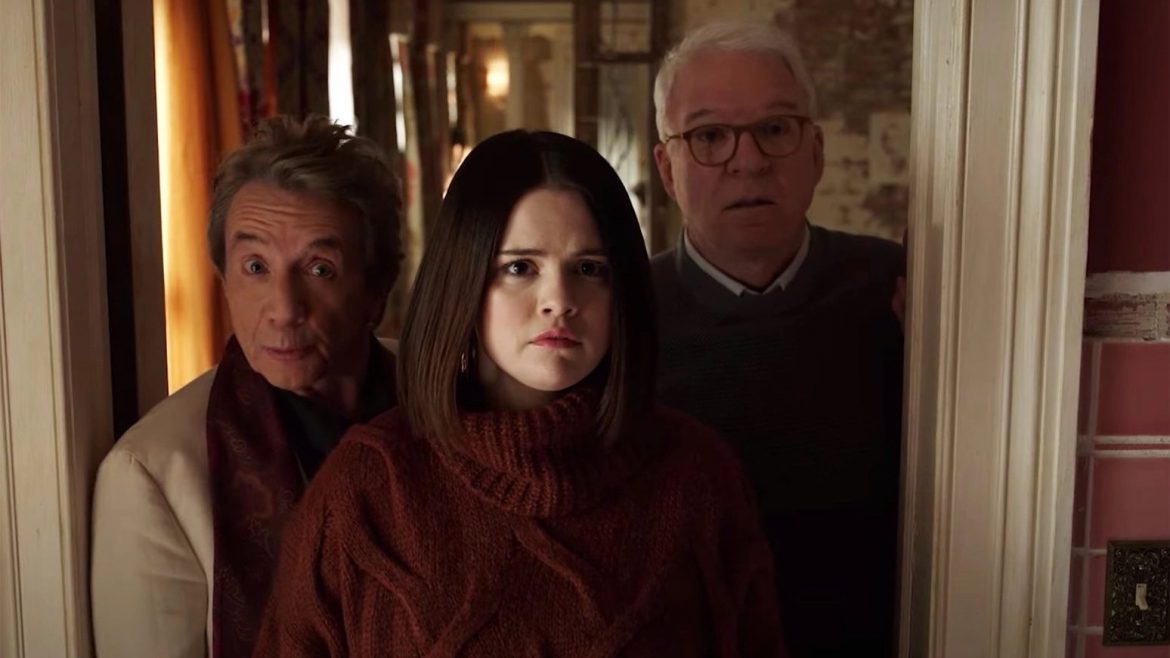 There’s nothing like a good comedic murder mystery, and Only Murders in the Building ranks among the best. Witty and sentimental, Only Murders in the Building follows a peculiar trio consisting of two old men, Charles-Haden Savage (Steve Martin) and Oliver Putnam (Martin Short), and a young lady, Mabel Mora (Selena Gomez), as they podcast through a murder investigation in their building. After the group solved their first mystery in season one, cliffhanging on a new murder, the series was met with critical acclaim and fervent audience approval. Having been green-lit expeditiously, season 2 of Only Murders in the Building now arrives in a timely fashion. And having seen the first 8 episodes, it doesn’t disappoint.

The greatest strength of Only Murders in the Building continues to be its character insight. The first season’s murder was inflicted with personal stakes for Mabel, and the murder this season also carries personal stakes, but this time for Charles. It’s another great stroke of storytelling and does not feel out of place or forced for the sake of drama. The titular building of Only Murders in the Building, the Arconia, nearly becomes a character itself this season. All the characters have lived there for a long time, its halls carry hefty pasts and initiate new connections. The Arcadia’s building manager was brutally murdered at the end of last season, with Mabel framed for the crime, and as season 2 progresses, the investigation becomes increasingly personal for the trio. If not for the fact that the building manager had a relationship with all of them, then it’s because they’re all being framed for her murder.

Only Murders in the Building loses none of its charm in season 2. The relationships between the main three are just as dynamic and endearing as ever. Part of what elevated the show, and set it apart from others of the kind, was its commitment to people and the sympathy for its characters. Going into another season, it would have been acceptable, or even expected, if the series focused on new characters and situations and left the drama of season one behind. However, Only Murders in the Building sees the return of many of its most intriguing characters from the first season, just because they may be murderers who are slated for prison doesn’t mean that their connections to the main three are lost. There is still closure to be had, or in this case, further drama to be uncovered. These arcs carried over from before intersect with the new investigation at hand, but they never distract. Rather, they introduce a second layer of stakes to the story and work well to highlight character progression.

The humor in the show is still top-notch. Although most of the comedy feels “classic,” as if it could have done just as well 40 years ago, much of it remains current. It’s a fine balance that works wonderfully. While the writing is smart, the comedic chops of the leading three are the driving force of its success. Steve Martin and Martin Short are still among the cream of the crop, an unwavering placement spanning their decades-long careers. Selena Gomez’s Mabel is a more tethered character than the other two, and even when her role is more serious and introspective, she still plays Mabel with the breeziness required to maintain the tone of the series. Also, the season 2 premiere just squeezes into the window of a June release. Happy Pride. Gay storylines are present and queer characters are visible.

As for the mystery itself, season 2 of Only Murders in the Building is as twisty as one would expect. Perhaps a little too twisty? Certain clues arise and then as soon as the group reaches a dead end, they’re dropped and hardly mentioned again. The series has limited time with its half-hour episodes, and this can make the narrative feel slightly disjointed at times. The clues will surely be relevant again by the finale, though especially given the show’s weekly release schedule, it would be better if the overarching narrative between episodes felt more consistent to prevent the nuances of the case from being forgotten. That being said, the twists and turns make this season much more jaw-droppingly dramatic than the last. It almost reaches into soap opera territory, but in the best way. Only Murders in the Building is inherently just a little excessive and hyperbolic for the sake of comedy, so it can handle the drama.

Only Murders in the Building is yet again super delightful and entertaining in season 2, with enough nuance and outstanding character work to transcend the plot-driven conventions of the murder mystery genre. It’s laugh-out-loud hilarious, almost comforting, and endlessly recommendable. Only Murders in the Building is the kind of show that’s perfectly suited for all audiences, and those watching season 2 will be hooked on how this latest mystery unfolds week to week.

Season 2 of Only Murders in the Building premieres on Hulu June 28!