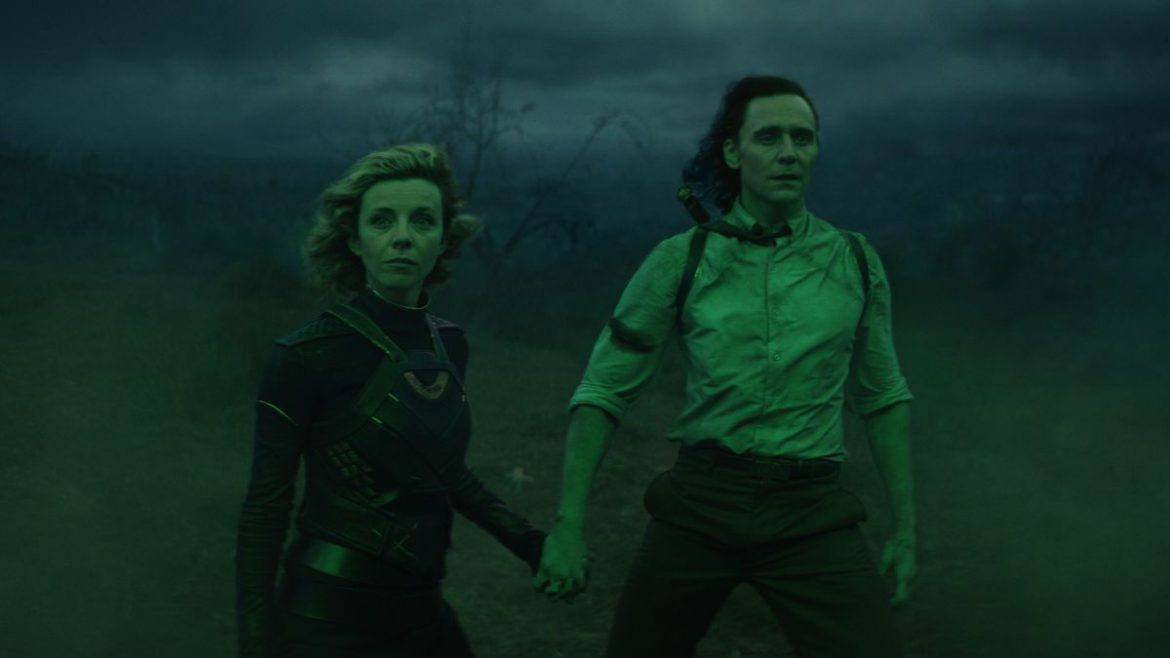 After the success of Loki, series composer Natalie Holt has been booked and busy. Not only has she been nominated twice at the 2022 Emmys for the first season of Loki, Outstanding Music Composition for a Series (Original Dramatic Score) and Outstanding Original Main Title Theme Music, but she also will return to compose Loki Season 2, which has already begun production. In the meantime, she’s worked on other 2022 projects such as Obi-Wan Kenobi and The Princess. She was also slated to write the music for Batgirl, a film that has since been unfortunately canceled by its studio as a tax write-off, among other reasons. Nevertheless, Natalie Holt’s talent and unique skill when crafting film and TV scores are undeniable as she prepares for the next stages in her career.

Following our previous Loki conversation with Natalie Holt, we had the lovely opportunity to catch up with her in the wake of her Emmy nominations. Whereas we last covered more of the specifics of the Loki score – how she composed the music near the end of the season to wrap it all up – in this interview, we discuss her well-deserved awards recognition, how her score helped shape Loki as a whole, and the other projects she’s worked on since we last spoke, including the now-canceled Batgirl.

What was the process of finding out that you were nominated for an Emmy? What were your feelings?

Natalie Holt: It feels like quite a while ago now, so I’m just amazed that Loki stayed in people’s minds. It’s an honor that people remember it a year on because it’s kind of early in the eligibility. There’s been so much great stuff and all the other things that I’m up against are really brilliant, so it feels like a huge honor.

You’re nominated for the first episode, “Glorious Purpose”, where you define a lot of the music that use in the rest of the series. But was there anything that you tried to do distinctively to really like make a mark on the pilot?

Natalie Holt: Not really. I worked on the whole show at the same time, so I didn’t actually do it episode by episode. I came up with the music for the whole series and the suites. So episode one just set out the shot of how the score was going to sound and the colors I was going to use. I got to use the Loki theme. There’s a scene where he had a flashback to being DB Cooper and jumping out of an airplane, and I did a Sambre version of the Loki theme. I just got to play around. I did an intro video for the TVA in a kind of Bernard Herrmann style. So I got to play around with lots of different styles and versions of the incantations of the themes, if that’s the correct word.

You’re also nominated for the Loki title track. The last time we talked, you told me that not only is it the TVA theme but Kang’s theme as well, which makes a lot of sense for the entire idea behind Loki. Did you write the music first and then it just makes sense for this to be the title for the show, or how did it come about?

What makes the score for Loki so distinct is that you’re blending electronic music with traditional orchestral sounds with Nordic or classical influences. How did you find that balance?

Natalie Holt: It was just a process of developing it with the director and the music editors. We had these weekly discussions because that’s how Marvel structures everything. They have a weekly catch-up session, and so everyone was always involved and it would go into the edit and get reviewed. It just felt like there was a really good process for developing scores that Marvel has in place.

A lot of Loki, the entire show, is very distinctive. The set design, the costumes, the acting choices, are all very distinctive and your score matches in very well. How were those initial meetings to find that cohesiveness between all aspects?

Natalie Holt: My Loki score got developed really early on. So it was in there, like when Tom [Hiddleston] was acting, he would listen to it when he went out on the set and stuff. So it’s a very cohesive process, it’s just a lot of like-mindedness between all departments.

Loki is a really retro-futuristic show, and the theremin with the strings in the score work well for that. The fact that Tom Hiddleston was listening to it while filming, a lot of the show must have been inspired by the score then and built around the score, correct?

Natalie Holt: I don’t know, the Loki score got developed early, and then… everything inspired everything else, if that makes any sense. Everyone was just working on the same page. It was just like one of those projects that you step back from and feel like it was a really lovely thing to be part of because everyone came together. It was really harmonious. And a really nice relationship, it felt like a really good team. Actually, my relationship with Kate Herron has continued onwards and we’re just friends. It’s great when you work with someone and then actually get on very well. You can carry on being friends afterward. So it’s just been a really nice thing to be part of. Being nominated for an Emmy just feels like icing on the cake.

It’s been reported that you’re coming back for Loki Season 2. You have a lot to work with, so how do you think it will be different around this time?

Natalie Holt: Hopefully, the tone is already established [for Loki Season 2]. The editors have got everything from season one and I know that they’re already kind of putting it in there. So yeah, like you’re not starting from scratch because we’ve established something.

You also worked on Obi-Wan Kenobi this year, where you used John Williams’ themes and then incorporated your own material. How did you approach that project, just having his music to work with and trying to mix it with your ideas?

Natalie Holt: Well, it was very different from Loki because there’s obviously much more of a house style with Lucasfilm and Star Wars. It’s got a very big sound that John Williams has created that is associated with some of the characters in the show. So it felt like I had to be sensitive to that and be respectful to the history, and then also bring some new ideas that felt like they would blend in. It was amazing to get to work with John Williams – he’s one of my heroes. I’ve actually just found out that I’ve been nominated for a World Soundtrack Award for Best TV composer with John Williams.

Congratulations! He’s a legend, it must have been really great to work with him.

Natalie Holt: Thank you. It really was, he was incredible.

This is kind of on a related note, it’s not the exact same situation but from my understanding, it’s becoming more common for big composers to write original themes and then basically hire ghost-writers to incorporate them into the film. Do you have any experiences with that or what are your thoughts on it?

Natalie Holt: If you’ve written season one of something and you’ve created a sound, then you’ve got a whole bunch of material that people can use… I guess it’s like, artists have been running a brand, since the Middle Ages, like Leonardo da Vinci had studios full of artists who were helping him. They would come up with the drawings but with these huge frescoes, they have to have people help them. And I think it’s a similar thing. Like some of these jobs, if you’re doing like twelve films a year and four shows, then you need people to help with the logistics of that. It’s a lot of work. There are very tight deadlines to deal with as well, like delivering an episode a week. I think you would have a very miserable life if you tried to do it on your own.

Do you think that system is something newer?

Natalie Holt: I don’t think so. I actually came up through that system myself, because I assisted Martin Phipps. I think Martin has a nice balance of being inspired by working with people as well because it can be quite solitary. The thing that gives me real joy is bringing musicians in and, like, collaborating with that Theremin player on Loki. You know, we need musicians or composers to inspire us and play our music. So yeah, I think it’s been happening for centuries. I don’t think it’s anything new.

I have to ask you about Batgirl. You were attached as the composer and the film was just recently canceled, had you already begun working on it?

Natalie Holt: I had written about an hour and a half of music. I’ve been working on it for a year. So yeah, pretty sad what’s happened to it. I was on set last Christmas, Adil and Bilall really loved Loki and that’s why I got picked to do the score for Batgirl. So it’s a shame that it’s not going to be out there in the world after all that time, like having spent a year working on it. Yeah, pretty disappointing.

Oh, I’m sorry. Is there anything you want to share about it?

Natalie Holt: I don’t know. I think it’s a massive shame. It’s been a pleasure to work with the people involved, but that’s all I can say.

All episodes of Loki Season 1 are streaming only on Disney+

Read Next: Natalie Holt on Scoring the Loki Finale