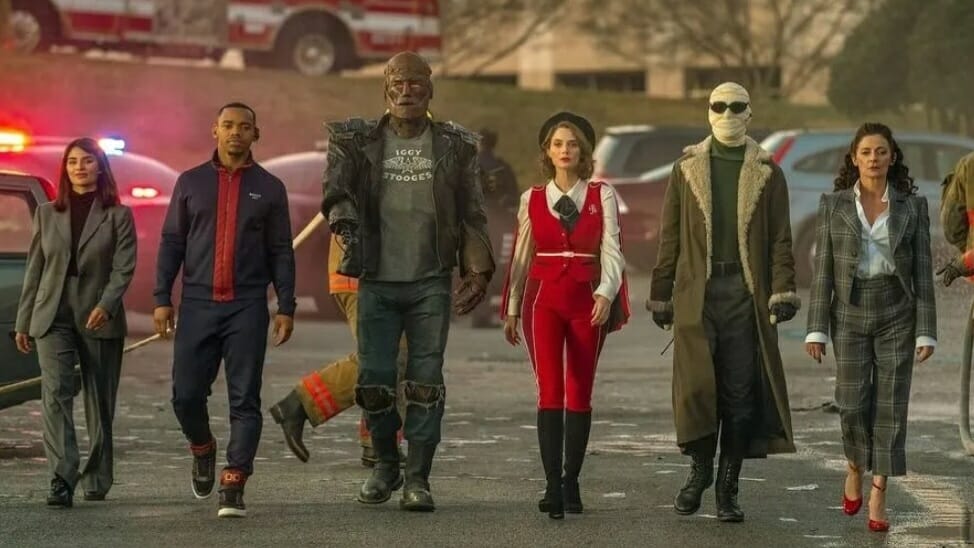 HBO Max is bringing plenty of gifts for subscribers in December 2022, all in time to enjoy by the holidays. The hottest HBO Max originals to look out for this month are all new seasons of some of the streaming service’s biggest shows. Season 2 of HBO Max’s Gossip Girl revamp has already begun and will be joined by new episodes of DC’s Doom Patrol and His Dark Materials releasing on a weekly basis in December 2022. In the case of His Dark Materials, this third season will be its last, coming to an end after a 3-year run. Since the series has always stuck close to its source material, which is only a trilogy of books, it makes sense for this adaptation to reach its finale now.

December 2022 brings a mighty list of additions to HBO Max’s library of new and returning titles. Paul Schrader’s beloved indie gem First Reformed is now available to stream, as is another popular A24 release in Green Room. Horror lovers can now binge an entire collection of Hellraiser films as well. Other exciting arrivals include Steven Spielberg’s Hook, David Fincher’s Gone Girl, Joel and Ethan Coen’s Burn After Reading, and Guy Ritchie’s The Man From U.N.C.L.E. Subscribers looking to catch up on some more recent theatrical releases should know that Amsterdam, The Banshees of Inisherin, and Dwayne “The Rock” Johnson’s decade-in-the-making DC action epic Black Adam are hitting their streaming debuts on HBO Max this month too.

Check out our monthly recs and the full list of everything coming to and leaving HBO Max in December 2022 below. You can also find this month’s latest additions and removals from Netflix, Hulu, and Disney+ right here on DiscussingFilm.

Season 2 of HBO Max’s Gossip Girl will take place in the second semester of the same school year seen in the first season. The highly-anticipated return of Georgina Sparks, played by original series star Michelle Trachtenberg, will take place this season, opening the door for more surprise appearances from the classic cast.

When speaking on bringing back the despised chaos queen from the original series, creator and showrunner Joshua Safran told PopSugar, “We waited until season two so by the time she arrives, everybody is at the highest place for themselves to fall, and all she cares about is anarchy and destroying people she doesn’t even know.” How will the current generation of Gossip Girl stars fare against Georgina Sparks? And will fans be reunited with other familiar faces from the past? Tune in every week on HBO Max to find out.

His Dark Materials comes to a bittersweet end with its third and final season. The series has done a swell job of sticking close to Philip Pullman’s fantasy novel trilogy, which means that this closure is coming at the right time. Viewers who’ve read the third book, The Amber Spyglass, should have an idea of what to expect as the show closes out Lyra Belacqua’s other-worldly adventures, for now.

Child star Dafne Keen, known for her breakout role in Logan, has done a superb job of leading this series, and fans can only hope to see her career continue to grow in the years that follow. And who knows, with fantasy shows always being in high demand on streaming, audiences could see Philip Pullman’s current novels following the adventures of an older Lyra on the small screen in the future. Keen and the fellow cast of His Dark Materials have already expressed their interest in adaptaing The Book of Dust next, so fingers crossed.

DC’s favorite group of ragtag misfits return in an all-new season of Doom Patrol. After the time travel shenanigans of last season, these latest episodes will see the group try their best to live up to their crime-fighting responsibilities as a fully-fledged team. Cliff Steele, played by the great Brendan Fraser, is now back in his original Robotman body while Jovian Wade’s Victor Stone is no longer a cyborg. Madame Rouge has turned a new leaf as a member of the gang, settling her personal grievances with April Bowlby’s Rita Farr. Diane Guerrero, Matt Bomer, and Mark Sheppard are set to reprise their roles with the new bad teased to be DC villain General Immortus. This fresh change of pace should make for the team’s toughest challenge yet.

Under the Stars (a.k.a. Sous les étoiles), Max Original Premiere

The Banshees of Inisherin (HBO)
Meet the Batwheels: The Best Present in the World, Season 1

HBO Max subscribers will want to take note of many expiring titles in December 2022. Last year’s Mortal Kombat film adaptation is leaving early in the month. Those looking for some truly underrated gems will want to catch Sam Raimi’s A Simple Plan and Martin Scorsese’s Bringing Out the Dead before they’re gone at the end of the year. Edgar Wright’s The World’s End is set to depart HBO Max as well. Voyagers is a recent sci-fi flick that might be worth the watch before it leaves. Can’t go on without mentioning the indie gem Thoroughbreds, starring Anya Taylor-Joy and Olivia Cooke, as it’s a must-see for those who enjoy a well-done dark comedy. Check out the entire list of what’s leaving HBO Max in December 2022 below.

UPDATE: In some unfortunate news, a slew of HBO and HBO Max Originals will be leaving the service in December 2022. This confusing decision is the result of another Warner Bros. Discovery cost-saving measure under the new rule of CEO David Zaslav. Aside from canceling shows left and right and canceling almost complete projects at the near end of post-production (see Batgirl), the studio is now removing its own current programming from its own service. This may be frustrating for viewers to hear, but there is one bright side. A collection of departing shows will find a new home on third-party free ad-supported streaming (FAST) services, none of which have been announced. This counts for all seasons of Westworld, The Nevers, Finding Magic Mike, The Time Traveler’s Wife, Raised by Wolves, Legendary, and FBOY Island.

However, HBO Max originals that are leaving like Gordita Chronicles, The Garcias, Love Life, Made for Love, and Minx are currently not confirmed with new homes. This could change very soon as Warner Bros. Discovery tries its best to save money while appealing to the creators, crew, and avid fans of these shows. Hopefully, it won’t be long until all of these former originals find a more concrete platform/channel to live on. The list below has been updated to accurately reflect what’s leaving HBO Max in December 2022.

Head of the Class