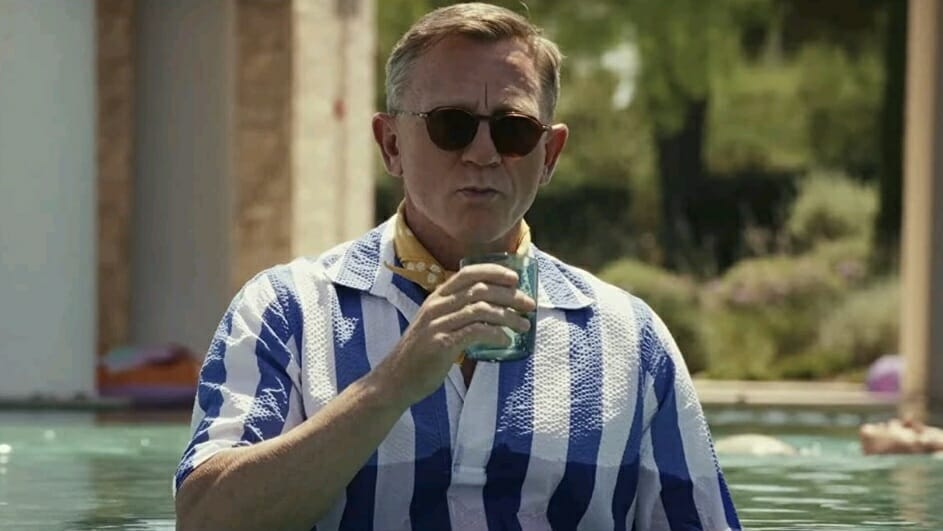 Netflix is fully ramping up for the upcoming awards season in December 2022. There will be a bounty of new awards hopefuls to choose from this month, all reaching out to specific niches and interests. With original films like Rian Johnson’s Glass Onion: A Knives Out Mystery, Noah Baumbach’s White Noise, Alejandro González Iñárritu’s BARDO, and Guillermo del Toro’s Pinocchio, Netflix subscribers will have pretty packed queues in December 2022. And that extends to original shows as well, including the latest seasons of Emily in Paris, Too Hot to Handle, and The Circle. We can’t go on without mentioning The Witcher: Blood Origin, the next live-action addition to Netflix’s fantasy universe that is led by none other than Michelle Yeoh.

A worthy selection of theatrical releases from 2022 will also be finding a home on Netflix this December. For starters, David Leitch’s Bullet Train starring Brad Pitt, Aaron Taylor-Johnson, Brian Tyree Henry, Joey King, Michael Shannon, Bad Bunny, and more is hitting the streaming service early in the month. Aubrey Plaza’s critically acclaimed indie thriller Emily the Criminal will be joining the platform soon after. Prisoners starring Hugh Jackman, Jack Gyllenhaal, and Paul Dano is a must-watch, especially for fans of filmmaker Denis Villeneuve. Last but not least, horror master Wes Craven’s Scream 4 is finally back on Netflix. More than any sequel in the franchise, Scream 4 is the most deserving of a re-watch for being ahead of its time.

Dive into our monthly recs below and then check out the full list of everything coming to and leaving Netflix in December 2022. You can also find the latest new arrivals and what’s about to leave from Hulu, HBO Max, and Disney+ right here on DiscussingFilm.

Guillermo del Toro’s latest masterwork comes in this immersive retelling of Italian author Cardo Collodi’s Pinocchio fantasy tales. Like most of Del Toro’s projects, his Pinocchio adaptation spent years in development hell since no studio saw the financial viability of a classic story being retold in stop motion with darker undertones and a fascist setting. To be fair, putting Pinocchio (a character most people heavily associate with Disney) in Mussolini’s fascist Italy of the early 1900s does sound like a risky swing, but in doing so, Del Toro is actually able to connect to Collodi’s original aesthetics and themes much more closely than any other previous adaptation.

Backed by stunning stop motion animation, Guillermo del Toro’s Pinocchio is brought to life by a lively voice cast including David Bradley, Ewan McGregor, Christoph Waltz, Ron Perlman, Tilda Swinton, Cate Blanchett, and newcomer Gregory Mann as the wooden boy himself. Guillermo del Toro has expressed great interest in directing more stop motion after this debut, and if the filmmaker finds success yet again in the upcoming awards season, that would be all but a done deal. This and Henry Selick’s Wendell & Wild make for an excellent double feature for animation fans, as there is no better stop motion animation on display at the moment.

Glass Onion: A Knives Out Mystery

Rian Johnson’s Glass Onion comes to Netflix in time for Christmas after having exclusively played in theaters for only 1 week in November. The follow-up to the critically acclaimed whodunit Knives Out, Glass Onion pulled in impressive numbers at the box office, causing wide confusion in this peculiar release strategy. Netflix CEO Reed Hasting told The Hollywood Reporter that the 1-week theatrical window was “a promotional tactic like film festivals, and if it works well we will do more of it.” Despite there already being a good chunk of people who’ve seen the film, the demand to watch Glass Onion (either again for the first time) on Netflix couldn’t be higher now.

Glass Onion sees Daniel Craig’s expert detective Benoit Blanc tackle one of his most puzzling cases yet on the private island of a billionaire tech mogul in Greece. What was supposed to be a fun murder mystery party with elite socialites turns into an active crime scene, and Blanc must quickly uncover who in this so-called group of friends is not who they say they are. Rian Johnson has outdone himself by putting together an all-star ensemble with Edward Norton, Janelle Monáe, Kathryn Hahn, Leslie Odom Jr., Dave Bautista, Kate Hudson, and Jessica Henwick. Fans still have more whodunit fun with Daniel Craig on the way in Knives Out 3, which Johnson confirmed will be his next film.

Glass Onion: A Knives Out Mystery debuts on Netflix December 23, 2022!

The Witcher: Blood Origin is a 4-part prequel mini-series event set in Netflix’s live-action Witcher universe. Taking place approximately 1,200 years before the main show, Blood Origin will cover the creation of the first Witcher and the events that lead up to the “Conjunction of the Spheres,” which is a cataclysmic event wherein multiple dimensions collided into one another and caused rifts allowing monsters to jump across. Michelle Yeoh leads the bright new ensemble as an Elf warrior on a mission to retrieve an ancient blade that once belonged to her nomadic tribe. Netflix has already expanded its Witcher universe with animated spin-offs, but the success of Blood Origin could pave the way for more live-action additions.

The Best of Me
Bullet Train

There are plenty of films set to leave Netflix in December 2022 that subscribers should know about. First of all, Stanely Kubrick’s Eyes Wide Shut and A Clockwork Orange are must-sees for any cinephile, the former fitting perfectly with the current holiday season. Those who are watching National Lampoon’s Christmas Vacation as part of their holiday traditions would be interested to know that the first two films, National Lampoon’s Vacation and National Lampoon’s European Vacation are leaving this month as well. A whole collection of classic Teenage Mutant Ninja Turtles films are saying goodbye too. The list of notable tiles goes on from Casino Royale to the Men in Black trilogy. See everything leaving Netflix in December 2022 below.