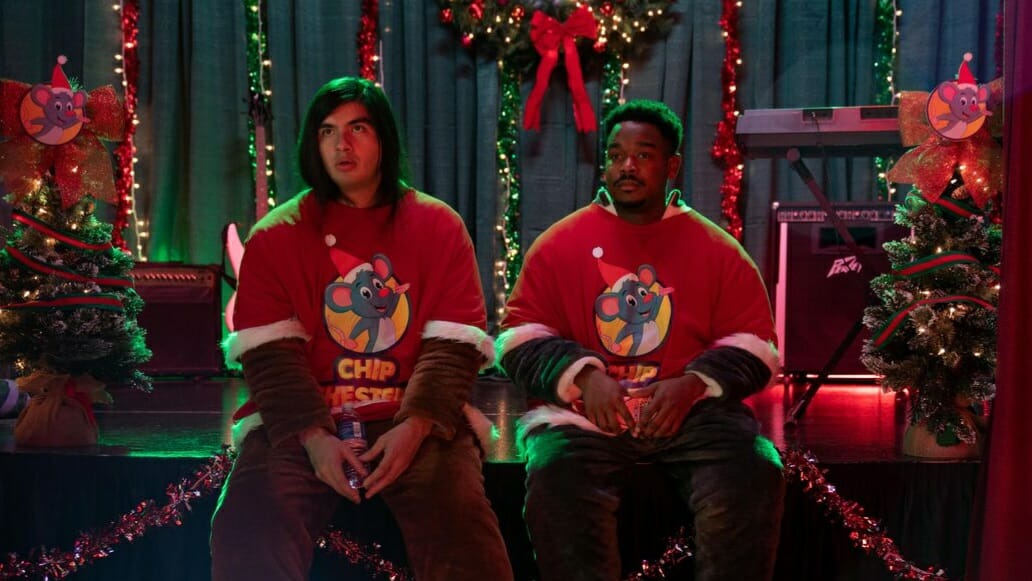 Hulu has got a stacked lineup of new arrivals for December 2022. Starting with originals, the supernatural comedy Darby and the Dead has already made a splash with teen audiences. Those looking for something more holiday-themed can look forward to It’s A Wonderful Binge, the Christmas-themed sequel to the popular satirical Hulu comedy The Binge. FX’s Kindred is gaining attention as one of the potential breakout shows of the month. The dark sci-fi series is an adaptation of award-winning author Octavia E. Butler’s 1979 book of the same name. Kindred is produced by Protozoa Pictures, which was founded by Darren Aronofsky who is also about to release his next film under the brand, The Whale.

When it comes to Hulu’s catalog of newly added and returning non-original films, December 2022 doesn’t disappoint either. Christopher Nolan fans will be excited to see six of his most beloved films, including The Dark Knight trilogy, make their way back onto the streaming service. The entire Final Destination film series is now available on Hulu again as well. Wes Anderson’s The Royal Tenenbaums and The Life Aquatic With Steve Zissou have both returned to the platform too. Additionally, horror fans will want to make sure they check out David Bruckner’s The Night House as it’s one of the most terrifying indie gems of the last few years. Speaking of horror, Offseason is another recent bone-thrilling indie release not to miss.

Read more on our monthly recs and see the full list of everything coming to and leaving Hulu in December 2022 below. You can also see what’s new and about to leave from Netflix, HBO Max, and Disney+ right here on DiscussingFilm.

Darby and the Dead

Produced by 20 Century Studios, Darby and the Dead is the latest Hulu original film to strike a loud chord with teen audiences. The supernatural comedy follows a young psychic medium named Darby (Riele Downs) who sets up a gig for herself guiding spirits to the afterlife by helping them complete important tasks that they couldn’t carry out while they were still alive in human form. Darby gets sucked into a rabbit hole when her former best friend, school cheerleader Capri (Auliʻi Cravalho), finds herself dead after a freak accident and cannot move on from purgatory.

Widely known as the voice of Disney’s Moana, some might have also just seen Auliʻi Cravalho in another Hulu teen comedy this year, Crush. In order to for Darby to help her now-deceased frenemy pass on, she must reluctantly throw a party at school to celebrate her life, which additionally means climbing the social ladder in Capri’s honor. The supporting cast of Darby and the Dead is a mix of old and fresh talent with rising stars Chosen Jacobs (It) and Asher Angel (Shazam!) sharing the screen with industry legends Wayne Knight and Tony Danza.

Darby and the Dead is now streaming on Hulu!

The holiday-themed sequel to The Binge sees returning characters Hags (Dexter Darden), Andrew (Eduardo Franco), Sarah (Zainee Saleh), and Kimmi (Marta Piekarz) face the challenges of young adulthood with their aging relationships as the annual Binge day is now moved to Christmas Eve. A spoof on the popular Purge series where all drugs and alcohol are illegal except on one day of the year, moving The Binge to the “most wonderful time of the year” is destined to result in even more chaos and shenanigans. Acting veterans Danny Trejo, Tim Meadows, Paul Scheer, and Nick Swardson join the gang to make It’s A Wonderful binge an original Hulu holiday treat to remember.

Based on award-winning author Octavia E. Butler’s 1979 book of the same name, Kindred follows an aspiring Black young writer named Dana James looking to start a new life in Los Angeles. Upon her relocation, she finds herself mysteriously pulled back in time to a 19th-century, pre-Civil War Maryland plantation that is connected to her family’s roots unbeknownst to her knowledge.

As she goes back and forth between the past and the present, she must unravel the conflicts of her ancestors, one specifically having to do with an interracial romance that is much more than meets the eye. Newcomer Mallori Johnson stars as Dana James and is joined by an eclectic supporting cast that includes Micah Stock (Bonding), Ryan Kwanten (True Blood), Gayle Rankin (Perry Mason), and Austin Smith (Hamilton). All 8 episodes of Kindred will be premiering at once on Hulu.

Hulu subscribers will want to take note of many great and iconic films leaving the streaming service in December 2022. The original Wesley Snipes Blade trilogy is saying goodbye for now. Fede Álvarez’s worthy Evil Dead remake is sadly set to expire at the end of the month as well. Cinephiles looking to catch up on some notable classics will want to see David Fincher’s The Girl With The Dragon Tattoo, Martin Scorsese’s Casino, Robert Rodriguez’s Desperado, Paul Thomas Anderson’s Punch-Drunk Love, and Ang Lee’s Crouching Tiger, Hidden Dragon, this last one being an essential watch for those Michelle Yeoh fans who loved Everything Everywhere All at Once. Check out the full list of everything leaving Hulu in December 2022 below.