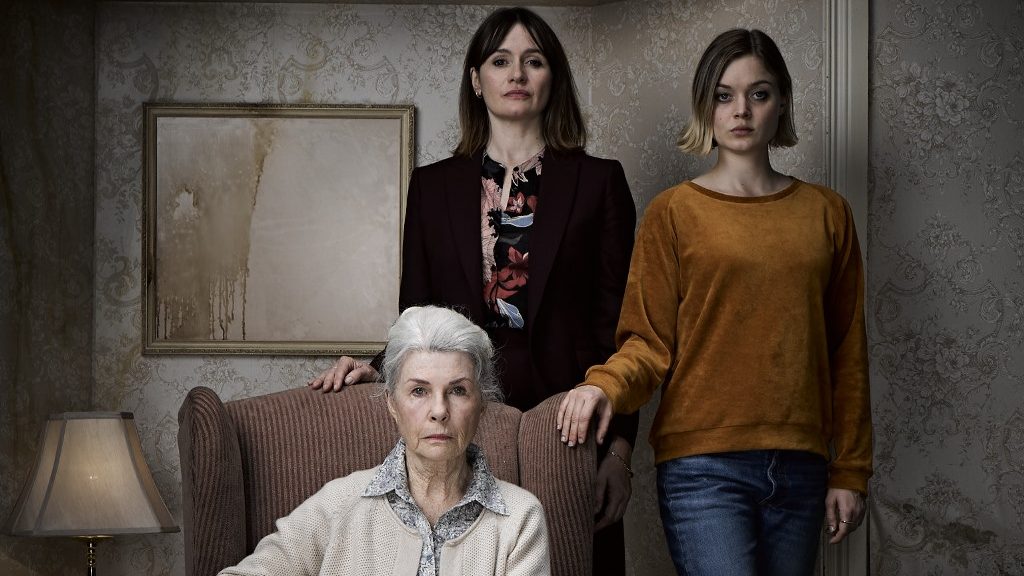 It feels odd sitting down and attempting to escape into a fictitious film during a global pandemic, and equally as global social uprisings. It feels especially odd when that film, the debut of Japanese-Australian director Natalie Erika James, is one of quasi-supernatural horror. Is there not enough real terror happening right now? I wasn’t sure what could be gained from experiencing Relic, but to a pleasant surprise, James and co-writer Christian White have not only crafted an impressively solid horror film in its own right, but one whose sentiment feels more tangible than ever in today’s climate.

Relic begins in media res: Edna (Robyn Nevin) is an old woman who has been missing for several days and her daughter Kay (Emily Mortimer), as well as her granddaughter Sam (Bella Heathcote), arrive at her big, empty house to assist with the search. As the two women comb the house for clues, exposition is given through their conversations. Kay and her mother have become a bit estranged while Sam wants to move in and help her “Gran” out. Cinematographer Charlie Sarroff frames the macabre scenes like still lifes. A basket of rotten fruit evokes a piece of classic art, the woods outside of the house appear gloomy and foreboding, and bleak reminders left on sticky notes cover the home. “Take pills” says one on the nightstand; “flush” says another near the toilet.

When Sam notices that multiple locks have been installed on the front door, Kay mentions that she got a call from Gran weeks ago where she thought someone had come into the house; doors were left open and lights were left on. Gran’s condition becomes a bit more obvious. The words dementia or Alzheimer’s are never spoken – Kay repeatedly only calls her mother “forgetful” – but they hang over the film like a dark cloud. The very real terror and dread that come with having a loved one who is suffering from some form of mental deterioration is a deep well to mine for horror.

Things go bump in the night while they wait for any sign of Edna, and James employs familiar but effective horror imagery. A shirt in the closet slightly moves, an outdoor light turns on and then off again, and strange markings can be found on the walls – as if something within them is rotting. The mundane becomes terrifying, and the creepiness only ramps up once Gran actually appears. There are some easy setups for scares throughout, like having Gran sleepwalk and talk in the middle of the night, or having the camera follow Kay’s eyeline as she checks under a bed, a place we don’t want to see. The film’s mood and colors evoke 2018’s Hereditary (which coincidentally also deals with a family matriarch), and Brian Reitzell’s stomach-churning score creates an extreme sense of unease that eventually spills into the film’s chaotic final act.

Relic presents dementia in a brutally honest way. Having to watch a family member or a friend become hollowed out, where it feels like the person you once knew is gone, is a level of pain and fright that seems unimaginable. The disease, like Edna’s house, rots you from the inside, yet still feels like an outside invader. “I wish I could bury myself, so it can’t get at me”, Edna says in a heart-wrenching scene. “I’m losing everything”. The metaphor is obvious, but Relic is coming from such a deeply personal place in the way that its real-life horrors manifest into the supernatural. The message, poignant and in plain sight, is a powerful one.

I live in the United States, where the government has left the majority of its people to fend for themselves during a devastating pandemic. I’m not alone when I say that the current crises have led me to a lot of thinking about death and my aging parents, as well as the mortality of myself and others I keep close. Relic is a heart-pounding exploration of that headspace. It acknowledges the stress and fear of grappling with death, the helplessness that comes with it, and raises the questions of how we can possibly deal with it. I suppose a good part of that is the willingness to recognize and face those fears. You’ll be glad that you gave this horror film your time.

Check out our interview with director Natalie Erika James!

Relic premiered at the 2020 Sundance Film Festival and will hit VOD on July 10!