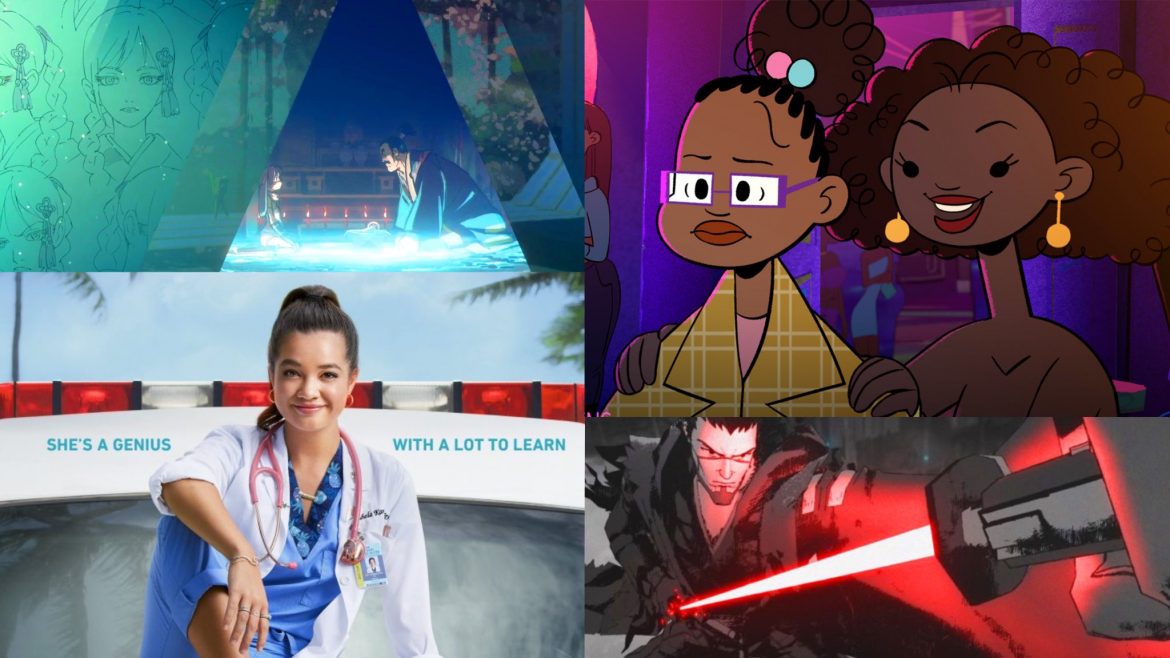 Here we go again with yet another month of exciting new arrivals on Disney’s own streaming service. After August offered its fair share of thrills with the start of Marvel’s What If…?, September is looking to keep the twists and turns going on Disney+.

From Marvel Studios, this month will see more episodes of the multiverse-exploring animated show What If…? as well as the next installment in their Legends series, this time diving into the Ten Rings, the group that will be featured at the forefront of this month’s Shang-Chi. A new Fox legacy film will hit the platform too, with 2019’s Dark Phoenix coming early in September.

Monster at Work, Turner & Hooch, and other ongoing series will also be joined by Doogie Kameāloha, M.D., a reboot of the ABC TV series Doogie Howser. Finally, it’s a big month for Lucasfilm with the exclusive release of Star Wars: Visions. Discover more on our recommendations below along with everything coming to and leaving from Disney+ in September 2021. The complete lists of arrivals and departures from Netflix, HBO Max, and Hulu can also be found right here on DiscussingFilm..

A nine-episode anthology series of animated Star Wars stories, Visions was brought to life by seven of the world’s top anime studios. Promising everything from samurai-liked duels to a Tatooine-based musical, this exciting program will break a number of firsts for Lucasflim. The episodes will stream with both subtitled and dubbed versions, with an English voice cast consisting of names like Joseph Gordon-Levitt, Neil Patrick Harris, Alison Brie, Lucy Liu, George Takei, and more.

Rather than opting for a weekly release schedule, like most other big name programs on Disney+, Visions will release all at once.

All episodes of Star Wars: Visions premiere on Disney+ September 22!

The newest live-action series to hit the streamer, Doogie Kameāloha, M.D. is a reimagining of the classic TV show Doogie Howser. Starring Peyton Elizabeth Lee (Andi Mack), it has been described as a family medical drama that follows its titular character as she navigates high school life and a medical career.

The show will aim to capture some of creator Kourtney Kang’s own background by taking place in Hawaii. By taking some new ideas and combining it with a tried and true premise, Doogie Kameāloha, M.D. is sure to be a hit.

From writer-director Aphton Corbin, Twenty Something is the latest addition in Pixar’s SparkShorts series: a platform that allows new and emerging artists to broadcast their voice through an animated medium. This particular short follows Gia, a young woman on the night of her 21st birthday, facing “the insecurities of adulting and how we’re all just faking it till we make it.” With clean, stylistic 2D animation, animation fans won’t want to miss this one.

Behind The Scenes of Growing Up Animal, Premiere