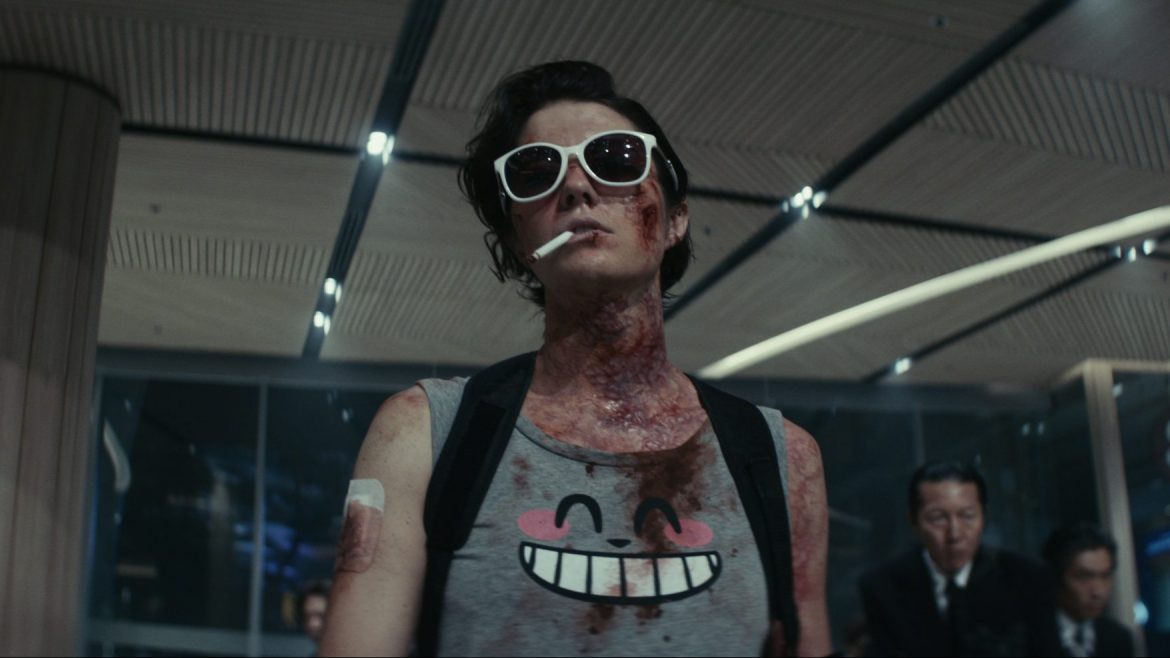 August was full with its own fair share of surprises on Netflix, and September looks even more promising. At first glance, the month may not seem as packed, but this streamer is keeping its promise on delivering new original films and shows every week. From the neon action-thriller Kate to modern horror visionary Mike Flanagan’s Midnight Mass, Netflix is not to be underestimated this fall season.

In terms of returning originals, season 3 of Sex Education and the final seasons of Lucifer and Dear White People will definitely dominate social trends and have longtime fans talking. In the the more classic department, subscribers can look forward to the addition of Do the Right Thing, Labyrinth, and the entire Jaws franchise. There are plenty of more deserving titles arriving in the month, so without further ado, let’s dive into our top recs and the whole list of everything coming to and leaving Netflix in September 2021. You can also find all the new monthly arrivals and departures for HBO Max, Hulu, and Disney+ right here on DiscussingFilm.

Based on true events that unfolded during the aftermath of 9/11, Worth follows lawyer Kenneth Feinberg (Michael Keaton) as he faces cynicism and bureaucracy in the fight to financially compensate families who lost loved ones during the attacks, raising the pivotal question, well, just how much is a life really worth? Having premiered at last year’s Sundance Film Festival, it’s taken too long for this story to reach the masses. Up for a gripping and emotional political drama with heart? In the mood for another great performance from Michael Keaton? This will surely impress.

The latest in Netflix’s never-ending slate of original films, Kate follows a ruthless criminal operative (Mary Elizabeth Winstead) who after being fatally poisoned, has a single day to exact revenge on her enemies. While on this journey, she forms an unexpected bond with the daughter of a past victim. If you’re looking for more original action thrillers that are easily digestible and make for a relatively quick watch, Kate should get the job done. It’s also got Woody Harrelson and neon-lit set pieces, more than enough to get you through the day.

After more than an year without a peep, Sex Education returns with a third season that follows Otis (Asa Butterfield), Maeve (Emma Mackey), Eric (Ncuti Gatwa), and their friends as they traverse the highs and lows of their final year of school. Fans who have been dying for this show’s comeback should have no problem quickly diving back in. Interested in jumping on board? This quirky, irreverent comedy boasts effervescent character dynamics, making for an addicting binge. There’s plenty of time to catch up before the new episodes drop.

The final edition of the well-known hit, the fourth volume of Dear White People pulls a daring twist by taking the route of a full-on musical, infusing the entire season with fruitful song and dance numbers from start to finish. The wait for another continuation of Dear White People was a little too long, so this decision to end off on a high note (literally) shocked many loyal viewers. Will the series graciously bow off stage or perhaps overstay its welcome? What is known for sure is that both casual and dedicated fans alike will once again unite to revel in the show’s complexities, but this time it will be for the last, hopefully in a bittersweet way.

Following The Haunting of Hill House and Bly Manor, horror mastermind Mike Flanagan returns with a new Netflix original series poised to captivate audiences to the fullest. In Midnight Mass, the arrival of a charismatic priest brings miracles, mysteries, and renewed religious fervor to a dying town. Flanagan fans will rejoice for many recognizable faces are coming back for another deadly time, including Kate Siegel, Rahul Kohli, and Annabeth Gish. For those who are looking for a frightening binge before the month of October officially kicks off, this is your best best.

He-Man and the Masters of the Universe – Netflix Family
Jaws
Jaws 2
Jaws 3
Jaws: The Revenge
My Heroes Were Cowboys

This list of titles leaving Netflix this September isn’t too long, but still features some recognizable names. Fans will have to sadly say goodbye to The Karate Kid, and Austin Powers trilogy. A slew of multiple seasons from different, fan-favorite Star Trek shows will also be departing. Finally, the loss of Scott Pilgrim vs. the World is a heavy blow. You can read our retrospective on the film here before giving it another re-watch. See the whole list of everything exiting Netflix in September below.

Angry Birds (Seasons 1-2)
As Above, So Below
Scott Pilgrim vs. the World