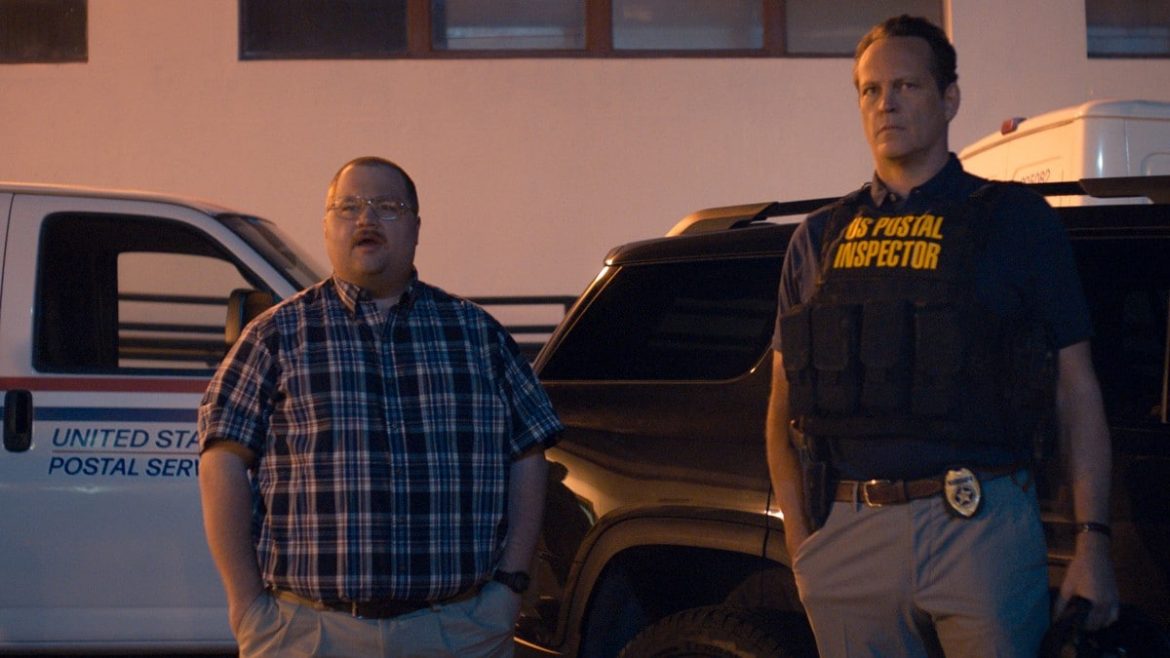 Perhaps best known for his breakout role as the titular character in Richard Jewell, actor and comedian Paul Walter Hauser has been on a run in the past few years. He’s picked up roles in Cruella, I, Tonya, BlacKkKlandsman, and Da 5 Bloods. Most recently, he’s starred in comedy Queenpins from writer director duo Gita Pullapilly and Aron Gaudet as Ken Miller, a man who uncovers the huge couponing scheme of the film and attempts to get to the bottom of it. While the women he’s trying to take down are played by none other than Kristen Bell and Kirby Howell-Baptiste, he plays alongside Vince Vaughn, a postal service worker, but the kind who solves crimes and carries a gun. We had the opportunity to talk to Paul Walter Hauser about his role in Queenpins as well as what comes next for him.

How do you go about picking the projects to star in? And what particularly stood out to you about your role in Queenpins?

Paul Walter Hauser: Yeah, for me, picking a role is always about the script, the cast, and the director… and the money. That’s how I pick roles. Sometimes I’ll do something for five bucks, and sometimes you do something for a lot of money. You have to balance that out, which is tough. But luckily, I’ve gotten a lot of good people to work with. I think the last couple people I’ve starred opposite are Vince Vaughn in Queenpins, Taron Edgerton in this new show I’m doing at Apple, and before that, I got to work with Marissa Tomei on this movie called Delia’s Gone. So if I look at people like Vince and Marissa and Taron, it’s like, these are some of the best actors working today. And that’s really important that I get to sharpen my tools as an actor, playing opposite people who are really talented and sharp themselves.

So you knew you were gonna play against Vince Vaughn before you took this role?

Paul Walter Hauser: Oh, no, they hadn’t cast Vince’s role yet. They were looking at some sort of action movie type people, which I thought could be cool, but I really I really wanted it to be somebody who was good at comedy. Vince is really tall and kind of strapping and has almost like a John Wayne thing about him. He kind of looks like a tough guy. So, I thought it worked casting him, and I just mentioned him to Aron and Gita, the writer/director duo, who made Queenpins and they seem really seem really on board with the idea. So I got to bring Vince on to the movie, it was awesome.

That kind of dynamic doesn’t really come in until like halfway through the movie, you do quite a bit of it solo. What did you want to focus on portraying, between the two different like sides– playing Ken solo versus playing him against someone else?

Paul Walter Hauser: Yeah, I think playing my character by himself is all about capturing the loneliness and the frustration. With Vince’s character, Simon, when I’m playing with him, it’s like a puppy wagging its tail. There’s this like giddiness and this excitement and this ambition that he doesn’t normally feel because he’s with someone who’s important. Someone who’s taken seriously. That’s the loving relationship of Simon and Ken in the movie. Ken is this lost, sort of, puppy dog guy, and then Vince’s character, Simon, is the guy who knows how to train this puppy and make it work, you know? I hope audiences find that he and I have some good chemistry and make make people laugh.

Did you do any improv for this movie? Between you or him? Or anytime? Or did you just stick to the script?

Paul Walter Hauser: The script is hilarious. We didn’t really need improv, but I improvise on every movie I do, whether it’s a comedy or a drama. It’s just something I always do. There are definitely maybe a half dozen to ten lines that Vince and I made up on the fly that made it into the film. Especially that scene where we’re in the car is a really cringe worthy moment later in the film. There were some lines there that we for sure improvised because we were ready to laugh our heads off, we had to fight to not laugh during the scene. God knows we probably were spewing whatever came out of our mouth because we knew we had to get that scene done and it was hard to shoot.

Speaking more about Ken as a character, he struck out to me as someone kind of similar to another character you played, Richard Jewel, and that they both value authority and the rules, but that manifests so differently in their personalities. So what was it like to like kind of play both sides of that kind of respect?

Paul Walter Hauser: That’s very perceptive of you to point out. I think Richard Jewel and Ken Miller are very similar. What makes them different I think Richard Jewel is the kind of guy who respects authority and wants to be authority. Ken Miller feels that way, but deep down Ken just wants like a playmate or a significant other secretly. We find out he’s lonely. That’s why he’s so angry and fussy and frustrated and off kilter– [it] is because he’s lonely. That was really a good thing for me to anchor, for the character, is remember the loneliness factor throughout the film. I, in my personal life, I’m in a moment where both in religion and politics, I’m questioning authority and not sure about all the people I give so much credit to and so much power over to. So playing Ken Miller and Richard Jewel, those characters that blindly respect authority, that’s been an interesting dichotomy for me the last couple of years.

This is a weird transition, but you mentioned your personal life. I’m wondering if you use coupons? Did you understand the movie in that sense?

Paul Walter Hauser: I love a good coupon. Do I sit down with scissors and cut out coupons every week? No, my mom did when I was a kid. I don’t do it anymore. But yeah, I love a good coupon. Sometimes I just get excited about like– I’ll go on Postmates or GrubHub, and I’ll be ordering food, and it’ll say, “free delivery with this order”. And there is a weird little tingle sensation of like, “ooh, I just saved $5. Hey, all right.” Like, there is some weird, attractive nature to saving even a small amount of money for some reason.

Yeah. Even though those are marked up, so then when you cut it down, they’ll still make a profit.

Paul Walter Hauser: And that goes back to me, not always respecting authorities or believing in them the way they would like us to.

Last question, you’ve had quite a year with all your releases. Another big release for you was Cruella, and now this. So what do you see for your career going forward? And are you excited about the Cruella sequel?

Paul Walter Hauser: Very excited about the Cruella sequel, I loved the how the first movie turned out. I’m really proud of it. So hopefully, they’ll have me on the next one. Still waiting to hear about that. I don’t even– I don’t think they have a script for it yet. I kind of got to sit tight and wait and see what happens. But, hopefully that. I did a movie with Marissa Tomei called Delia’s Gone. That should be coming out in the next maybe four or five months. And then I did this thing with Taron Edgerton, we have another month of filming. It’s for Apple, it’s called In With the Devil, and it’s a true crime story where I play a serial killer in prison and Taron Edgerton’s character is trying to get a forced confession out of me in jail to put me away for the rest of my life. So, I have two heavy dramas coming out. Hopefully somebody will put me in another comedy because I want to balance that out. I keep saying to people, I don’t mean to sound negative, but I feel like the world is in a really dark place right now, and doing comedy sounds like a lot of fun to me. I think we need more comedy, and we need better comedy. So hopefully I can be a purveyor of laughter over the next couple of years.

Paul Walter Hauser: I’m dying to do a two hander. I would love to do a buddy comedy with– Sebastian Stan and I have talked about doing maybe a new version of Midnight Run. Aron and Gita, who wrote and directed Queenpins, thought of that idea. They said, “What if we did like a new Midnight Run? Where you’re Charles Grodin and Sebastian Stan is like a Robert De Niro type character in that movie?” So, I’d love to see that happen. They’re just really funny people that I’m a fan of that I hope I get to work with eventually. I think me and Kevin Hart could be really funny. Me playing Melissa McCarthy son, I think could be really funny. There’s a bunch of people so we’ll see.