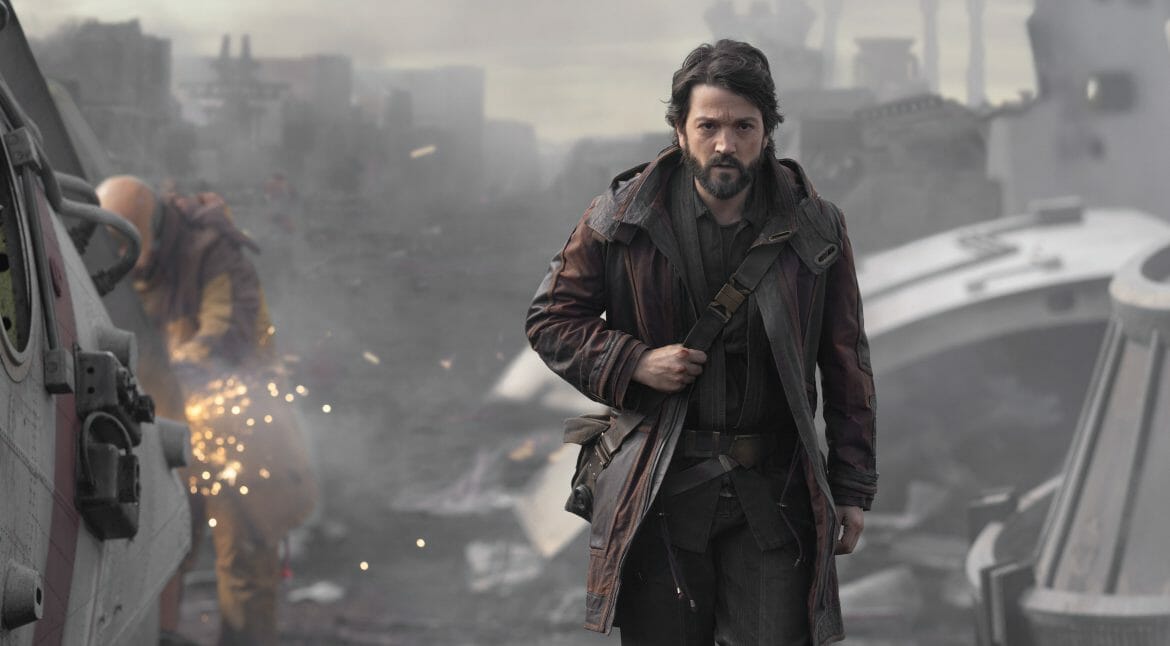 September 2022 is not just a huge month for Disney+, but for the entirety of Disney as a whole. This month will see the annual celebration that is Disney+ Day act as a sort of kick-off event for the 2022 D23 Expo. Disney+ Day is known for bringing a slew of new announcements from Marvel, Pixar, Lucasfilm, and more, however, those surprises will be saved for the convention later in the same week this time around. Yet, that doesn’t mean that subscribers following along with the events at home won’t be treated to some exciting premieres.

This Disney+ Day will bring the streaming debut of Thor: Love and Thunder, and its making of “Assembled” special, as well as the premiere of the studio’s latest live-action remake in Robert Zemeckis’ Pinocchio. Animation fans will be able to enjoy Cars on the Road, Pixar’s second streaming series which properly reunites audiences with Lightning McQueen and Mater for the first time since Cars 3 was released in 2017. Those hungry for more Star Wars won’t be left in the dust as Obi-Wan Kenobi: A Jedi’s Return will also be premiering just in time before Andor premieres later in the month. The behind-the-scenes special will follow director Deborah Chow and lead actors Ewan McGregor and Hayden Christensen as they reflect on the long process of finally seeing Obi-Wan Kenobi to its fruition.

Discover more on our monthly recs and check out the full list of everything coming to Disney+ in September 2022 below. You can also find this month’s newest arrivals and exits from Netflix and HBO Max right here on DiscussingFilm.

Cars on the Road

Pixar’s second in-house streaming series following Dug Days boasts a whole new kind of potential. Cars on the Road sees Lightning McQueen and Mater embark on a cross-country road trip filled with nostalgia and unexpected surprises. As revealed in the trailer, the inseparable duo will encounter Dinosaur motor vehicle hybrids and Mad Max-inspired dieselpunk gangs in their surprisingly perilous journey across state lines. This show aims to further expand upon the hilarious imagination of the Cars franchise – something that even the films barely got to really dive into at times – within 9 easily digestible short episodes. Cars on the Road makes for the perfect Disney+ Day binge.

Andor boasts all the makings of what could be Lucasfilm’s next great streaming hit. Already confirmed for a limited 2 season run, Diego Luna will reprise his fan-favorite freedom fighter from Rogue One and guide audiences through the earliest and grittiest days of the rebellion. Other familiar faces like the Alan Tudyk-voiced K2-SO are set to eventually appear – meaning that eager Star Wars enthusiasts will be able to explore their origins too – but not yet in this first season, or at least from what is currently known. Filmmaker Tony Gilroy is looking to spice up the brand on Disney+ and deliver a series that’s more brutally honest in its depictions of war and all of the casualties that come with it. People who have gotten accustomed to the other Star Wars Disney+ shows could be actually quite surprised by Andor.

The streamer is banking on the current legacy sequel craze with Hocus Pocus 2, a follow-up on what is arguably one of Disney’s most famed cult classics that now comes almost 30 years later. Bette Midler, Sarah Jessica Parker, Kathy Najimy and return as the devilish Sanderson Sisters and are of course also joined by Doug Jones once more as the lovable Billy Butcherson. The three sisters are back to wreak havoc on Salem, but its modern setting means that sending them back will be a more unique challenge this time around. Hocus Pocus 2 arrives just as Halloween season will be kicking into full gear, meaning that there’s plenty of time to savor this legacy sequel until the big holiday.

Saving Giraffes: The Long Journey Home
Spies in Disguise
The Call of the Wild

Dancing with the Stars – Episode 2 (Live)