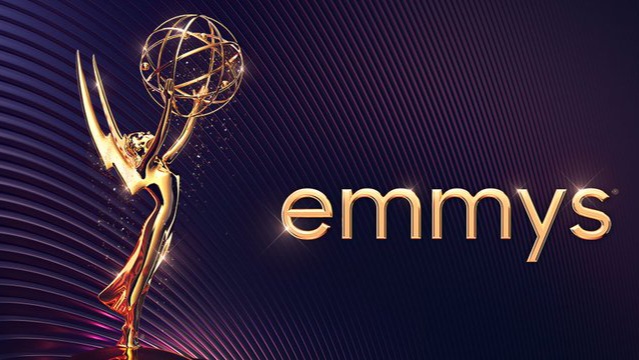 The road to the 2022 Emmys has been a special one, given the wide variety of shows that have thrived and broken all kinds of new records for many platforms in the last season. Global phenomenons such as Netflix’s Squid Game and AppleTV’s Ted Lasso dominated the streaming zeitgeist as the most-watched programs on their respective services, and as expected, were given plenty of love from the Television Academy at the 74th Annual Primetime Emmys. This year’s batch of Emmy winners brings a whole new slew of historic records and achievements, and Squid Game covers just the half of it.

To start from the highest winners of the night, HBO’s The White Lotus came out on top with a final tally of 10 awards (counting both the 2022 Creative Arts and Primetime Emmys). Euphoria and Squid Game then tied in second place with 6 total wins this year, each of them making unique Emmy history. Euphoria star Zendaya is now the first Black woman to win Lead Actress in a Drama Series twice and the youngest two-timer in any Emmy category ever. Lee Jung-jae became the first performer from a foreign language program to win Lead Actor in a Drama Series at the Emmys and is also the fourth Asian actor to win an acting Emmy ever. Likewise, Squid Game creator Hwang Dong-hyuk is now the first Asian creative to win the Emmy for Best Directing in a Drama Series. Another notable feat, Quinta Brunson became only the second Black woman to win Best Writing for a Comedy Series in Emmy history for Abbott Elementary.

A slew of fan-favorite stars such as Michael Keaton, Amanda Seyfried, Sheryl Lee Ralph, & Matthew Macfayden celebrated as first-time Emmy winners this year. Shows like Succession and Ted Lasso still managed to squeeze in and walk away with 4 big titles each, winning Best Drama and Comedy series respectively. Although, this just meant that there wasn’t any room left for other favorites to get some kind of spotlight. The Showtime gem Yellowjackets walked away empty handed this year, and AppleTV’s Severence didn’t leave as deep an impact as expected. But more regrettably, AMC’s Better Call Saul got zero recognition once again – meaning that its now been nominated 46 times since its debut in 2015 and has won absolutely nothing. There’s still a chance it can win next year as the show’s final 6 episodes are eligible, however, some fans are losing hope as this is without a doubt the biggest upset of this year’s Emmys.

Did your favorite shows walk away as winners at the 74th Annual Primetime Emmys? The full list of 2022 Emmy winners can be found below and as a bonus, certain winners from the 2022 Creative Arts Emmys are also included below to give you a bigger picture of this past TV season. You can also refresh your memory and find the final winners here from this year’s Oscars, Golden Globes, Critics Choice, BAFTAs, MTV Awards, and our very own DiscussingFilm Critics Awards!

Direction For a Limited Series

Writing For a Limited Series or Movie

Lead Actor in a Limited Series or Movie

Lead Actress in a Limited Series or Movie

Supporting Actor in a Limited Series or Movie

Supporting Actress in a Limited Series or Movie

Directing For a Drama Series

Writing For A Drama Series

Lead Actor in a Drama Series

Lead Actress in a Drama Series

Supporting Actor in a Drama Series

Supporting Actress in a Drama Series

Guest Actor in a Drama Series

Guest Actress in a Drama Series

Abbott Elementary
Barry
Curb Your Enthusiasm
Hacks
Marvelous Mrs. Maisel
Only Murders in the Building
Ted Lasso – WINNER
What We Do in the Shadows

Directing For a Comedy Series

Writing For a Comedy Series

Lead Actor in a Comedy Series

Lead Actress in a Comedy Series

Supporting Actor in a Comedy Series

Supporting Actress in a Comedy Series

Guest Actor in a Comedy Series

Guest Actress in A Comedy Series

Host for a Reality or Competition Program

Lizzo’s Watch Out for the Big Girls – WINNER
Nailed It!
RuPaul’s Drag Race
The Amazing Race
Top Chef
The Voice

Arcane – WINNER
Bob’s Burgers
Rick And Morty
The Simpsons
What If…?