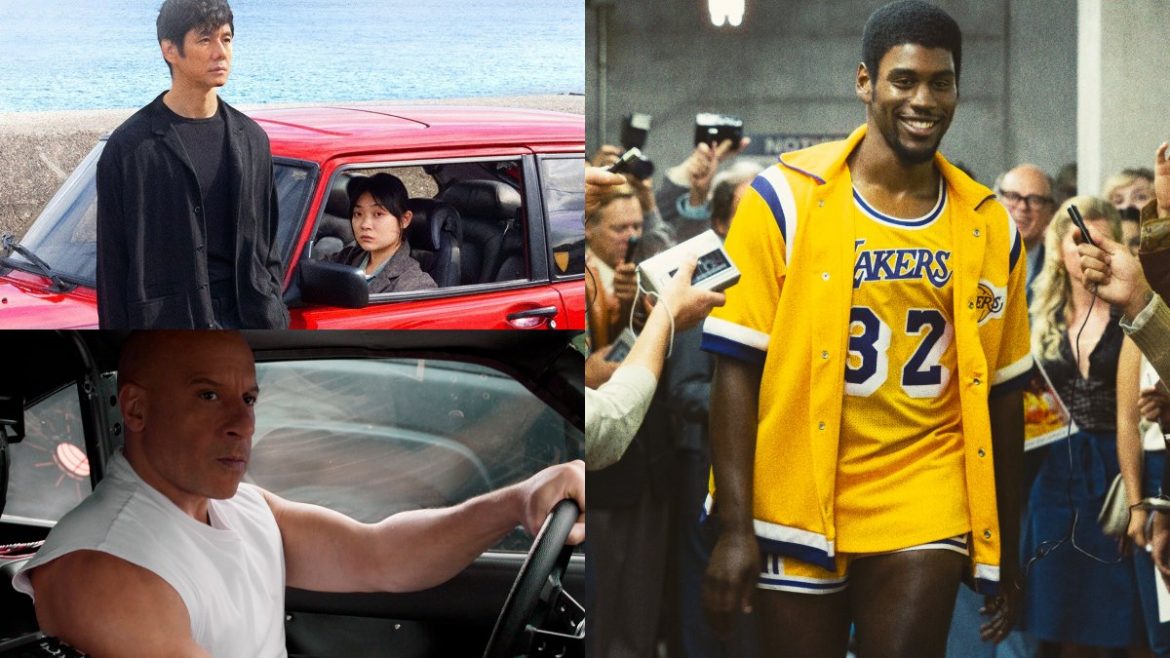 HBO Max in March 2022 will be one of the main hubs for those looking to catch up on this year’s award season. The streaming service will be the new home to many heavy-hitting Oscar contenders, including exactly half of the films nominated for Best Picture. Joining Nightmare Alley, which landed on HBO Max last month, will be Dune, King Richard, West Side Story, and Drive My Car. These films will be available to stream early in March – giving subscribers just enough time to experience them before the 94th Academy Awards take place on Sunday March 27, 2022.

Speaking of the Oscars, Adam McKay is currently on a roll with Don’t Look Up earning 4 nominations, and if you’re at all a fan of his work or sports, then you’ll definitely want to tune in to Winning Time: The Rise of the Lakers Dynasty. Produced by McKay and starring John C. Reilly, the series retells the legend of arguably the most important era in Lakers Basketball. Moving on to more anticipated HBO Max arrivals, the streaming debuts of F9: The Fast Saga and Halloween Kills will surely draw in their respective fanbases. Horror lovers get a bonus treat with multiple Resident Evil entries hitting the service: 5 of the 6 Milla Jovovich live-action films and the animated Resident Evil: Damnation.

There’s way more ground to cover, so continue on for our monthly recs along with the full list of everything coming to and leaving HBO Max in March 2022 below. You can also find what’s about to arrive and depart from Disney+, Netflix, and Hulu right here on DiscussingFilm.

Nominated for Best Picture, Best International Film, Best Director, and Best Adapted Screenplay, Ryusuke Hamaguchi’s Drive My Car has already made some notable history before the big Oscar night. It is one of six foreign-language films to be nominated for Best Picture since the year 2000, with Parasite being the only one that has actually won the title so far. An intricate tale of loss and self-reflection, Drive My Car is one of this season’s more unpredictable threats.

The film follows Yusuke Kafuku, a renowned stage actor and director who after two years is still unable to cope with the unexpected loss of his beloved wife. He eventually receives an offer to direct a theater production in Hiroshima. That’s where he meets his chauffeur Misaki Watari, an introverted young woman who will be driving his favorite car, a red Saab 900. With the help of Misaki, Yusuke starts to face the haunting mysteries that his wife left behind and heartfelt confessions follow in return.

From the mind of David Jenkins (People of Earth) comes a fresh comedy that is loosely based on the true adventures of 18th century would-be pirate, Stede Bonnet. Our Flag Means Death kicks off in 1717 as wealthy landowner Stede (Rhys Darby) is stuck in the rut of a midlife crisis. His solution? Trade in his cushy life for that of a captain on the high seas.

Bonnet must earn the respect of his fellow shipmates, who is potentially mutinous, and learn how to survive on the open ocean with this ragtag crew, for they are set to cross paths with the infamous Captain Blackbeard, played by none other than Taika Waititi. Also starring the likes of comedians Leslie Jones (SNL), Nat Faxon (Reno 911!), and Fred Armisen (Portlandia), the series is set for a 10 episode long first season.

Winning Time: The Rise of the Lakers Dynasty

Adam McKay continues his hot streak after another round of Oscar nominations with the premiere of Winning Time: The Rise of the Lakers Dynasty. The series recounts how the Los Angeles Lakers became the most successful professional basketball team in the 1980s after the historical purchase made by entrepreneur Jerry Buss, played here by McKay veteran and fan-favorite comedy star John C. Reilly.

The arrival of future hall of famer Earvin “Magic” Johnson was just the beginning of what fans now know as the “Showtime” era of the Lakers. Paired up with two other future basketball hall of famers in Kareem Abdul-Jabbar and the coach Pat Riley, the Lakers would play basketball with an all-star caliber run-and-gun style that the league was unprepared for as they would go on to reach an unmatched 9 NBA finals from 1980 to 1991, winning five of them. Newcomers Quincy Isaiah and Solomon Hughes star as Magic Johnson and Abdul-Jabbar respectively with Adrien Brody taking on the role of Pat Riley. Adam McKay directs the pilot with the series coming in at 10 episodes long.

Winning Time: The Rise of the Lakers Dynasty debuts on HBO Max March 6, 2022!

HBO Max is, unfortunately, losing some cult classics in March 2022. Subscribers will have to say goodbye to the first two Bill and Ted and Evil Dead films, all-timers each in their own right. Wes Anderson’s Moonrise Kingdom is another beloved hit that will be moving on as well. Unlike past months, HBO Max has first simply released a list of departing titles without specifying the dates they expire on. The exact dates of everything leaving can still be seen on the HBO Max app and interface, and the list below will be updated throughout March 2022 to reflect the confirmed films for the benefit of those reading.

In The Heart of the Sea

Check out what’s also coming to the following streaming services in March 2022: