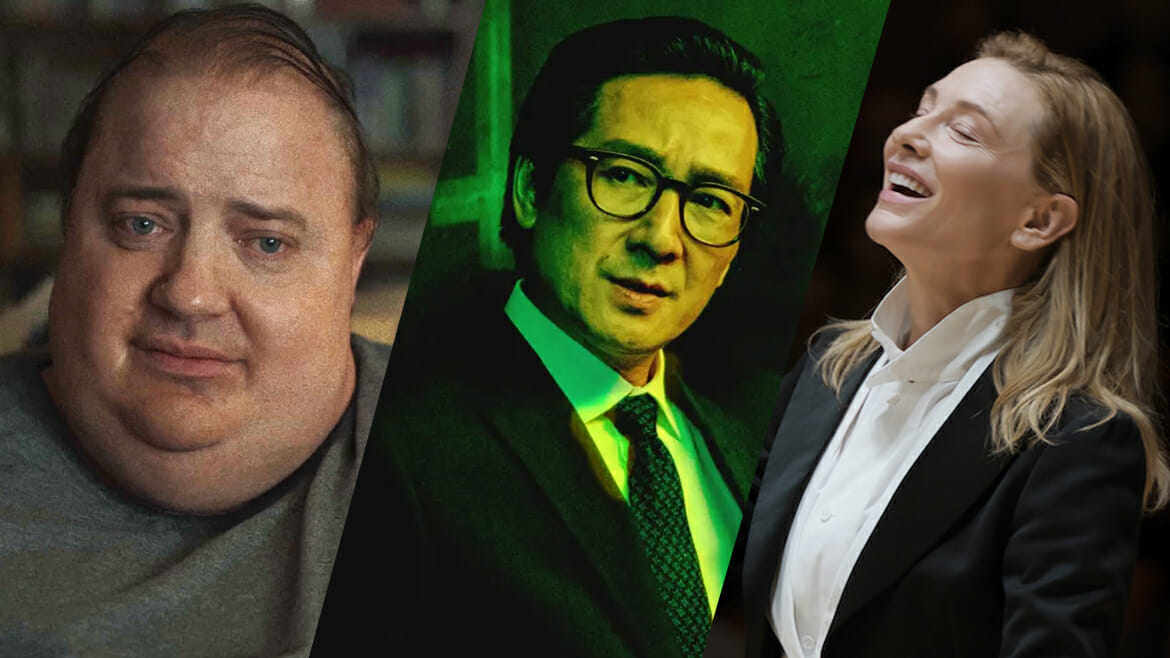 This list will be updated LIVE starting at 4PM PT/ 7PM ET on Monday, November 28!

The first notable ceremony of the awards season, the Gotham Awards aim to shine a light on smaller productions and underdogs alike before the heavy competition really kicks in. The 32nd Annual Gotham Awards have already recognized some of the very best of 2022 across 23 feature films, 15 series, and 35 performances in twelve award categories. Films with budgets over $35 million are not recognized at the Gotham Awards, so upcoming contenders like Noah Baumbach’s White Noise and Steven Spielberg’s The Fabelmans are absent in favor of more independent titles like Darren Aronofsky’s The Whale and the Daniels’ Everything Everywhere All At Once. No matter the size of budget, the films and shows highlighted at the 2022 Gotham Awards have already gained tons of love and praise with no trouble.

The 32nd Annual Gotham Awards will give additional performer tributes to Adam Sandler and Michelle Williams for their outstanding careers and contributions to independent film. Filmmaker Gina Prince-Bythewood is also getting a directing tribute for her bold career that spans from Love & Basketball to The Woman King. Todd Field’s TÁR leads the competition tonight with 5 nominations, but can it walk away with just as much against this year’s excellent nominees? Find out which of your favorite performers and filmmakers walk away with the highest wins at the 2022 Gotham Awards below! You can also refresh your memory and find the final winners here from this year’s Oscars, Emmys, Golden Globes, Critics Choice, BAFTAs, MTV Awards, and our very own DiscussingFilm Critics Awards!

The Winners of the 2022 Gotham Awards

Abbott Elementary
As We See It
WINNER — Mo
Rap Sh!t
Somebody Somewhere

Outstanding Performance in a New Series

One needs a high level of stamina for these kinds of performances. Prohormones can act as catalysts to achieve your goals.